By 2020, North America's two largest stock car racing organisations will combine after NASCAR purchased ARCA earlier this year - a deal with the potential to make lasting changes to NASCAR.

For casual observers, this move will do little in the short-term - the NASCAR ladder will remain as it is with the top-tier Cup series, Xfinity and bottom-rung Trucks series.

But below that, a radical overhaul will push NASCAR back towards its roots - a move that's clearly designed to better prepare the next generation of Cup talents and improve the spectacle at grassroots level.

That's an important step considering ongoing angst over NASCAR's calendar for reasons as varying as not expanding its reach across America, or ignoring historic favourites in favour of continuity.

That's likely to remain beyond 2020's contract expiry for the majority of its circuits, because NASCAR has moved closer to the International Speedway Corporation, offering to buy stocks in the company that operates swathes of its calendar.

But in 2020, there will be four championships for those at the fourth level to win: K&N East, K&N West, ARCA Racing Elite Series and the brand-new Stock Car Invitational. 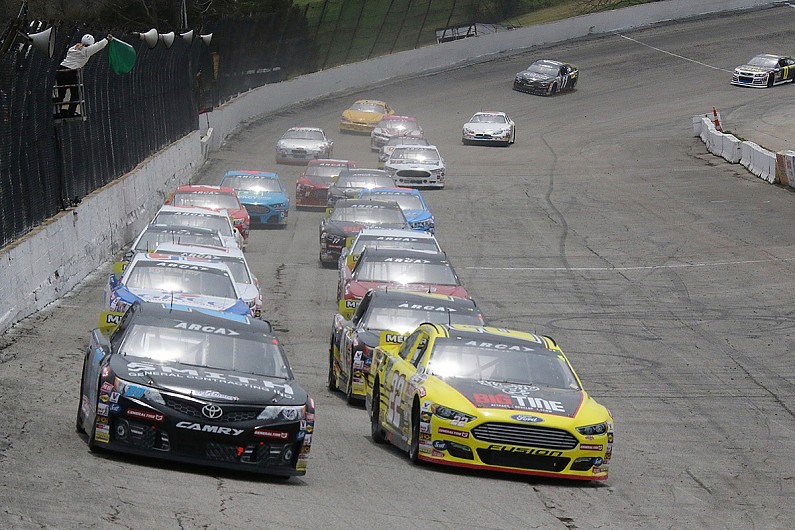 K&N will still host six-to-eight regional races on tracks less than a mile long and ARCA Elite will align closer to the traditional three-tier ladder of NASCAR by racing on every type of circuit: short tracks, intermediates, superspeedways and road courses.

That's a familiar look to recent seasons for both K&N and ARCA, but the radical change comes in the Elite series - which will turn the second half of its 20-race calendar into the Stock Car Invitational.

The top K&N drivers will be invited to drive in those final 10 ARCA races to compete for the championship-within-a-championship.

"That's the part that excites me the most — the opportunity to get those young stars against some of these seasoned veterans and have them all out there at the same time," Brandon Thompson, managing director of the NASCAR Touring Series, told NASCAR.com.

"It's a good natural progression from racing among your peers, so to speak, to going against some wily veterans, which is what they're going to see in the Truck Series.

"It's another ode to that developmental ladder and this being a key rung in that."

A key line in Thompson's interview was: "Making sure series veterans have a home and we can kind of get back to creating those stables in those series is also very important.

"And finally we want to continue to highlight our up-and-coming stars in the sport."

The idea is that with a stable platform for career drivers in the lower rungs, as NASCAR had in its Winston- and Busch-sponsored eras, NASCAR creates interest during a period of certain decline - at the lower, even regional, levels - and that the talent climbing to the Cup series is more prepared than ever before.

Considering ex-NASCAR president Brent Dewar's push for young talent to lead a revitalised NASCAR in 2018, and replacement Steve Phelps seemingly sticking to the script, this is by far the biggest commitment the organisation has made to that project.

It's a mammoth undertaking, uniting two huge organisations, and having 2019 as a grace year will help. It's hard to see the logistics of four championships as a fourth tier working in unison right off the bat, but the long-term changes could be seismic.