As far as NASCAR is concerned the Daytona 500 is the biggest race in the world. The folks behind the Indianapolis 500 may have cause to argue, but for many years now - in terms of US TV figures - the bragging rights have belonged to the stock car racing brigade.

For those with the memory of a goldfish, last year's 500 produced one of the greatest upsets of all time as rookie Trevor Bayne, driving for the once-great but declining Wood Brothers team (think Tyrrell in Formula 1 in the mid-1990s), drafted his way to unexpected glory. As he was registered for the supporting Nationwide championship race he didn't collect any points, but he'll forever be up there in sporting folklore for producing one of the great shocks.

Carl Edwards took second for Roush Fenway Racing, David Gilliland third for Front Row Motorsports, making it 1-2-3 for Ford drivers. It was a race interrupted by a record 16 caution periods, as the tandem drafting caused havoc further back in the pack.

Another Ford driver - Roush's David Ragan - could, perhaps should, have won the race, but he jumped the penultimate restart and was penalised, paving the way for Bayne's historic win.

This is the 54th running of the Daytona 500, but the first time the cars are competing with fuel-injected engines. Exactly what impact this will have on fuel strategies, and in particular the drivers' ability to fuel save, is largely unknown.

But the technical change that's had the biggest impact on the running of the cars at Daytona so far is the size of the grille opening and the pressure levels the water release valves operate at on the engines. These changes were designed to limit the amount of time cars could spend running in tandem in an effort to bring back pack racing in place of the unpopular tandem drafts. It's succeeded in its aims, but all the teams have experienced overheating issues, and engine reliability is sure to be a factor come race day. The closer pack racing has also resulted in some enormous pile-ups in the supporting races, particularly in the closing stages.

Behind the wheel there have been numerous changes. The most significant moves are Kasey Kahne taking over the #5 Hendrick Chevrolet from Mark Martin, who has joined Michael Waltrip Racing for a limited campaign. Also joining Waltrip is Clint Bowyer, who's left Richard Childress Racing, where he's been replaced by Elliott Sadler for the 500 and possibly further outings. Kurt Busch's late-season expletive-laded outburst ended up with him parting company with Penske. He's moved to Phoenix (a Hendrick entry in all but name), with AJ Allmendinger taking over the #22 Dodge. When the musical chairs stopped Aric Almirola dropped into the #43 Petty Enterprises Ford.

The biggest news team-wise was the cessation of Red Bull's NASCAR odyssey. BK Racing and Joe Nemechek's NEMCO team have snapped up the cars, while BK also picked up David Reutimann, who'd been let go by Waltrip.

What to look out for

The forecast is good, although rain is never far away at this time of the year in Florida. However, it has been very windy. This could have implications for the dash to the line, depending on which way the wind is blowing.

Tony Stewart has already added a 17th Daytona win in the build-up after victory in the Duel. He's overdue a win in the 500, but that guarantees him nothing. The Ford-engined cars at Roush, Petty and Wood Brothers have again looked strong, with Matt Kenseth in particularly good form as he took Roush's first-ever Duel win. Crowd favourite Dale Earnhardt Jr looks to have a very quick car too, while Kyle Busch ran well to win the Bud Shoot-out. 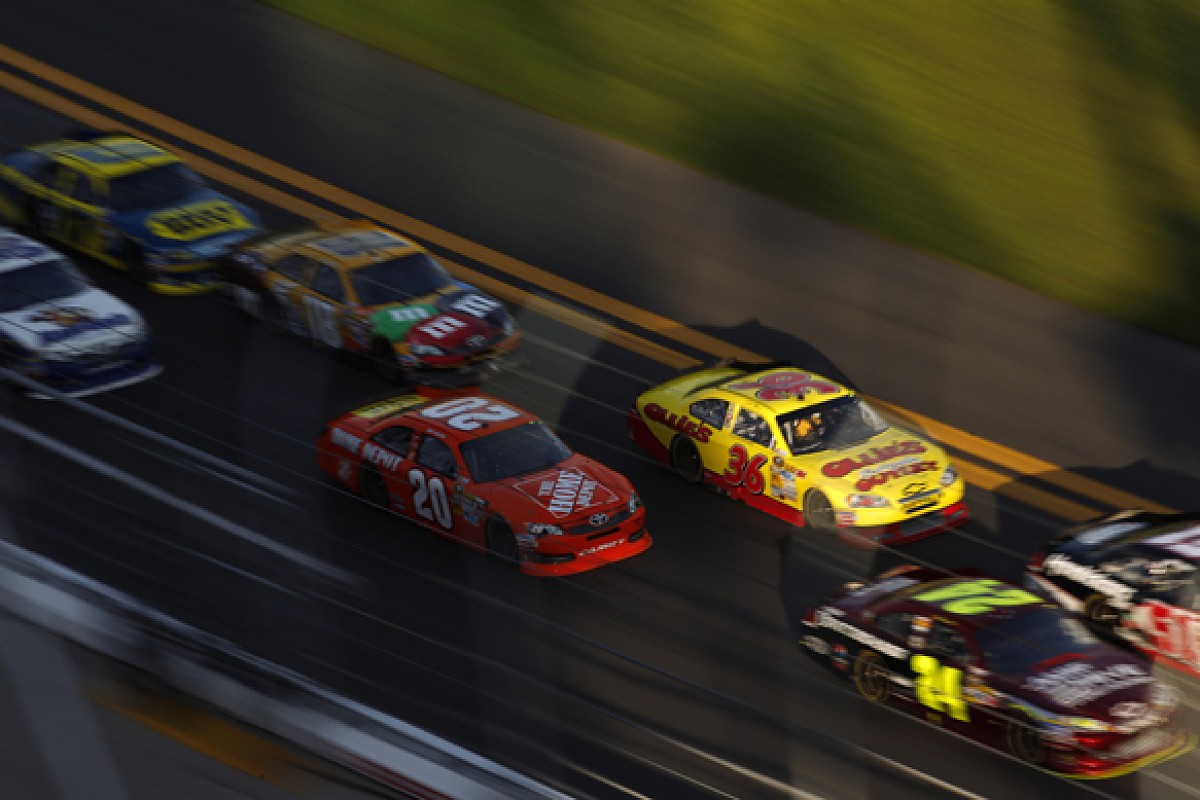