William Byron admitted he was “at full rage” after missing out on a NASCAR Cup Series playoff spot at the end of Sunday’s chaotic race at the Charlotte Roval.

The Hendrick Motorsport driver established early in Sunday’s race and had a car capable of winning on the 2.28-mile, 17-turn road course.

He ended up leading the most laps (30) of any driver and late in the final stage he was running down leader Denny Hamlin and Tyler Reddick, who was running second.

Reddick made contact with Byron as both entered the backstretch chicane on Lap 91 of 109, forcing Byron to miss the chicane. He then had to serve a stop-and-go penalty which dropped him to 12th in the running order and out of contention for the win.

Byron battled back to third at one point in the final laps but hit the wall between Turns 5 and 6 on the penultimate lap as he desperately tried to catch eventual race winner Kyle Larson.

Without the victory, Byron was among the four drivers eliminated from further title contention this season.

“We had a really good car in two of the three races in this playoff round and today we had an amazing car, probably capable of winning, but just didn’t have things go our way there,” Byron said.

“At that point when I got up to third, my tyres were shot, and there were only two laps to go. I wasn’t going to win, and made a mistake to not finish third, but at that point I was just mad.”

Byron went to talk to Reddick about the incident on pit road after the race, where Reddick said he had “flat out made a mistake.”

“Yeah, I know it was a mistake, but it doesn’t make any difference,” Byron said. “The awareness there in that situation where a guy is there in the playoffs, and the first guy on new tyres is probably going to win the race.

“There was just a lack of awareness there. I feel like if the roles were reversed, I would be aware.” 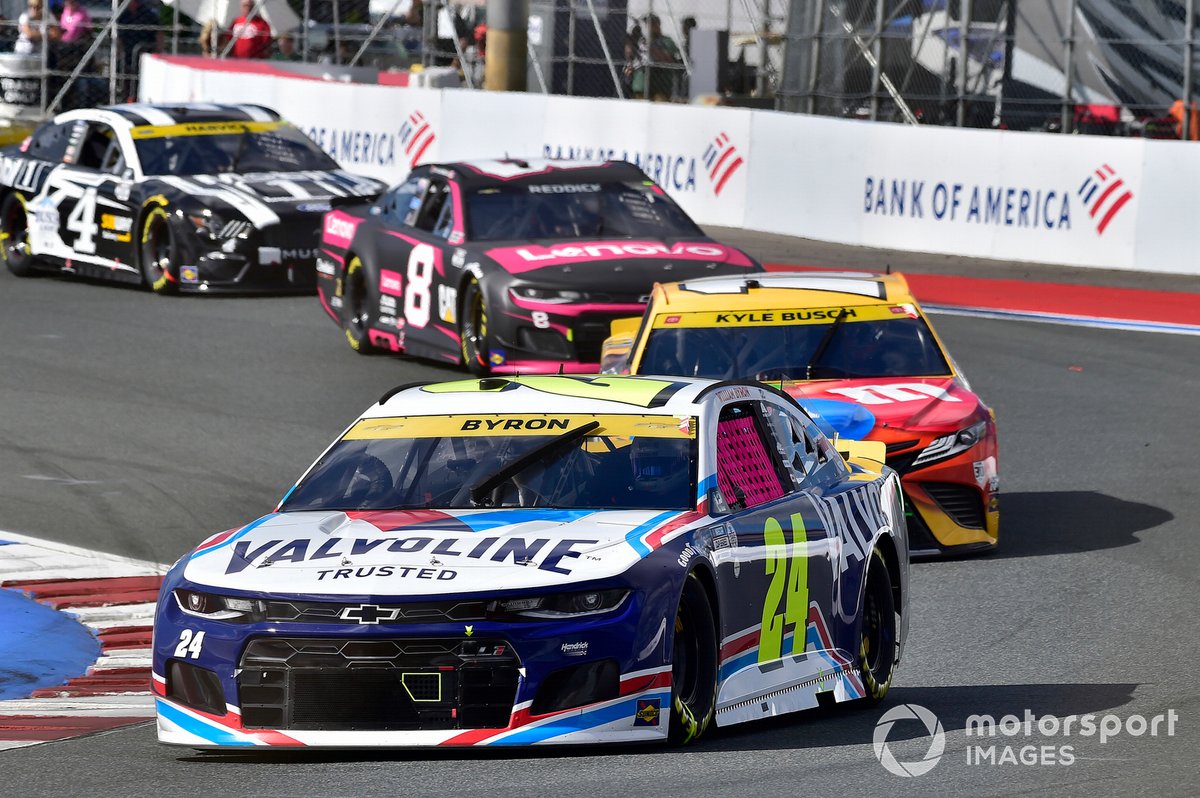 Byron blamed himself on his finish of 11th.

“At the end I was just at a full rage, so I didn’t really care about finishing third because that wasn’t going to do anything for me in the playoffs,” he said. “It sucks now that we didn’t finish third, but overall, we were in position to win.