Jos Verstappen's manager Huub Rothengatter has asked motor racing fans not to blame the Dutch driver for pulling out of the A1 Grand Prix race at his home circuit Zandvoort this weekend.

Verstappen was set to race for A1 Team Netherlands in this weekend's season opening round but announced his withdrawal three days before the start of the event, after failing to come to terms with the team and A1 GP over his payments for the new season.

As a result, Team Netherlands boss Jan Lammers has launched an unprecedented attack on Verstappen and Rothengatter, accusing the Dutch driver and his manager of 'only caring about money'.

"There are people who are willing to do this for free and are even willing to sweep the dunes for this opportunity," Lammers said. "A lot of people are very surprised about why he does not want to be here."

The comments have infuriated Rothengatter, who in turn has gone on the record with the details behind Verstappen's decision.

"Basically, when people don't pay the bill, there's not much you can do, is there?" Rothengatter told autosport.com in a telephone interview on Friday.

"They owed us money from last year's A1 GP season, and we had to chase them and go through a lot of effort to get this money. They finally paid us last Tuesday, at 4:00pm, and it was just a completely unpleasant process.

"So yes, they don't owe us anymore for last year, but the problems with this year's payments were already showing up: they had to pay us the first installment for the second season in the first week of August, and that didn't happen.

"Then, Jan Lammers told me himself, 'I'm very happy to continue with Jos, but I have to tell you that I'm also a little bit concerned how to pay Jos's retainer for this coming year'. 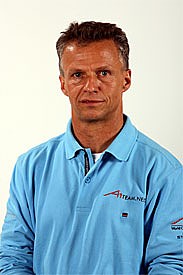 "So we said, fine, we are not asking for more money or anything, but if you want Jos to race, you need to give us some kind of guarantees that he will be paid, because I do not want to go through the whole process like last year again; it proved just too difficult to get the money.

"Jan asked me to speak to the CEO of A1GP, and I just asked him, can you guarantee us the agreed amount of money? I did not specify what kind of a guarantee: it could be putting the money in a trust somewhere, or a bank bond, I don't care, as long as it guarantees that Jos is being paid on time.

"But apparently, asking for guarantees that you are going to be paid according to what has been agreed is too much to ask!

"The only thing the CEO offered me was that he would sign the contract as well. But keeping in mind the bad experience we've already had - and I got signatures last year as well - I could not rely on that alone anymore."

Rothengatter emphasized that their decision was not borne out of greed, and he was especially upset by the fact that Verstappen was without doubt a major contributing factor to the successful sale of 100,000 tickets for the Zandvoort event.

"Bearing in mind that they sold so many tickets in no small part because Jos was driving in the event, then I don't understand how they are saying it is unreasonable for us to ask for financial guarantees.

"Does it make any sense that the organisers will get millions of euros from the fans, but won't guarantee paying the star attraction, who was used as part of the event's marketing campaign?

"I can imagine that thousands of fans are very disappointed, and Jos feels very, very sorry for that. We all feel very sorry. But I can only say, don't point at Jos: it's Jan Lammers and the A1 GP organisation who could not fulfil their obligation on time. 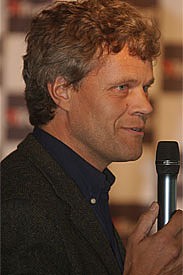 "I want to make it clear to the fans: please, guys, understand that Jos is disappointed as you are. But you need to look in the direction of Lammers and A1 GP. If they pay their bills on time, there would not have been any problem."

Asked if the situation is reconcilable and whether Verstappen could still be driving this season, Rothengatter added: "It can be resolved in a split second, when my bank manager tells me money is coming in, because I want to make it clear that the A1 GP series is a fantastic thing.

"We were very happy to continue racing there, and that's why we didn't ask for more money - we only asked for security.

"And, by starting the season at Zandvoort, it could have been fantastic for everyone involved. But when people don't pay their bills on time or cannot guarantee that they'll pay their bills in the future... then I don't know.

"Will he drive again this year? You have to ask the A1 GP organisation and Jan Lammers. It can only be solved by them guaranteeing that they will pay on time."