Bahrain was one of those career-defining moments for Felipe Massa, and he knew it. "I will dedicate this win to my girlfriend Raffaela, who has had to be very patient with me this week..." a relieved Massa said after the race.

He had come in for cascades of media flak after taking the pole in Malaysia and then reversing his Ferrari into fifth place, courtesy of his botched attempted pass of Lewis Hamilton. 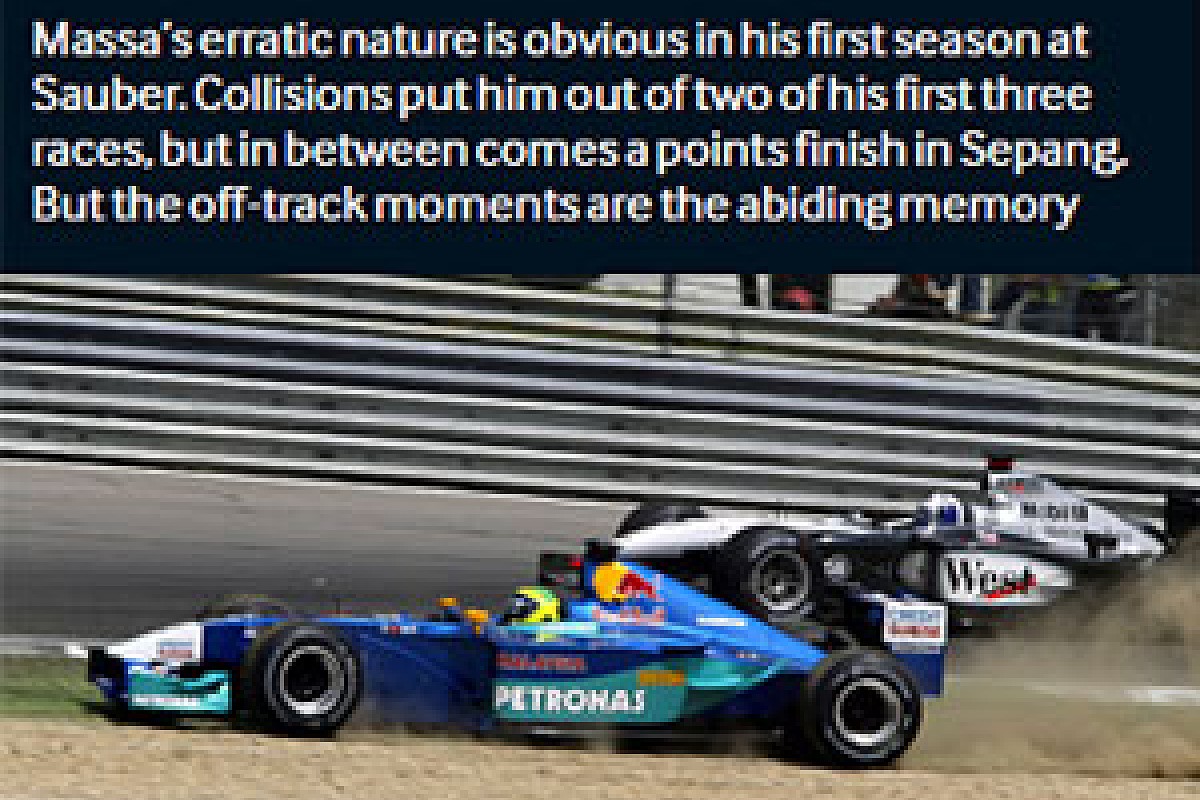 There were three accusations. First, he'd left the door wide open for Fernando Alonso's McLaren into turn one. Second, and compounding the error, he'd allowed the opportunist Hamilton to go around the outside of him in turn two, where there shouldn't have been grip. Third, he'd been suckered into a Formula Fordster's error by Hamilton which had temporarily put him off the road, crucially ceding a place to Nick Heidfeld's BMW.