Johann Zarco says he has to put thoughts of the 2021 MotoGP title “out of my head” as he has “put too much pressure” on himself since the summer break.

But Zarco had two disappointing events in Austria at a stronghold for Ducati, finishing sixth in the Styrian Grand Prix while Quartararo was third, and crashing out of the Austrian GP.

As Quartararo’s lead swelled to 47 points, Zarco was cut 49 points adrift ahead of Sunday’s British GP at Silverstone.

Having encountered a largely difficult weekend at Silverstone, Zarco hasn’t given up hope of challenging for the 2021 title – but says since Austria he’s had to re-evaluate how he approaches the rest of the season.

“I have to get it out of my head because I put too much pressure on myself coming back from the summer; conscious or unconscious, it's hard to say,” Zarco said when asked if his disappointing Austria double-header has made him change his approach to the title battle.

“I wanted to move up a gear to compete better with Fabio and this gear is not done so quickly.

“So, you have to know what to aim for, and afterwards, it doesn't mean that you lose hope. A lot of things can happen.

“But Fabio manages to maintain his rank, and I, on the phase of evolution that I believe [must be done], need more time or analysis on many things.” 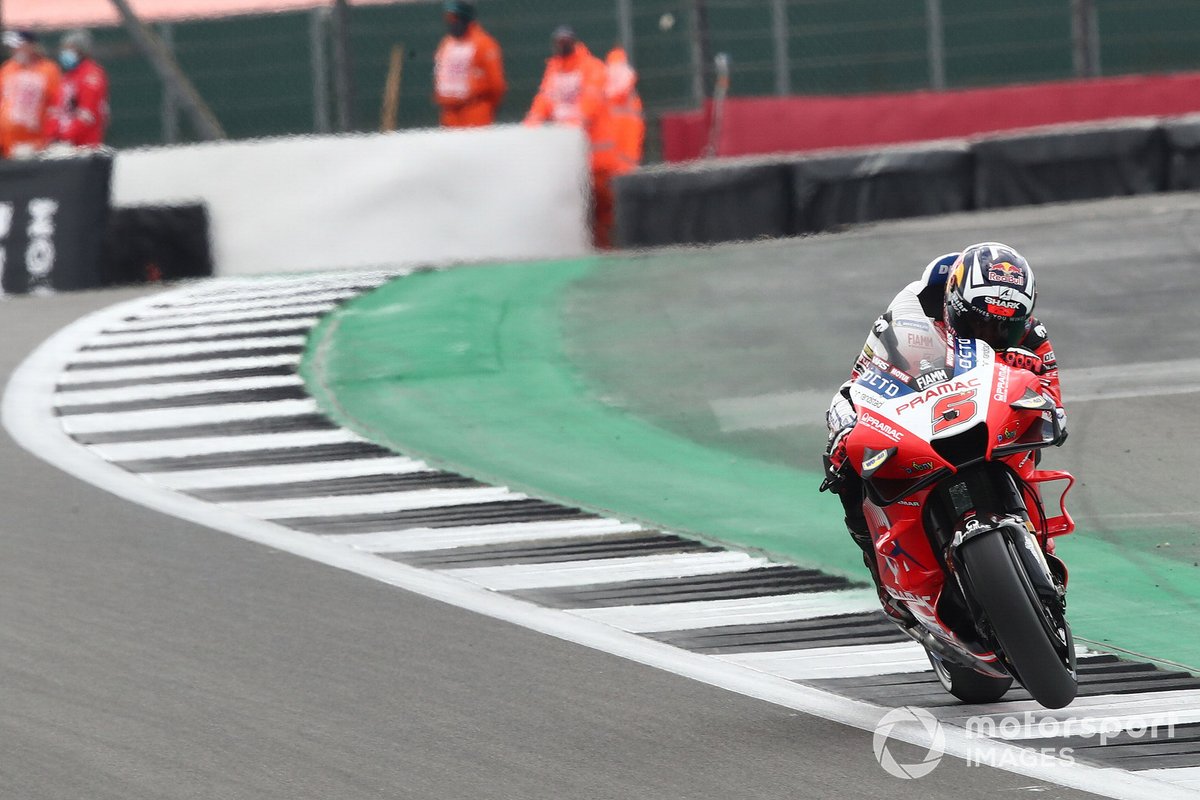 Zarco will start Sunday’s British GP from ninth on the grid having come through Q1, while Pramac team-mate Jorge Martin will launch from fourth.

Martin went provisionally pole at the end of Q2 with a lap eight tenths quicker than the rest, but this was falsely registered as the Pramac rider cut the Vale chicane while looking for space on track for his final flying lap.

The rookie was dropped to sixth after the timing screens were readjusted, before being promoted finally to fourth.

“In qualifying, for sure I did it [cut Vale] to find a good place because I saw [Marc] Marquez was in front, so I thought it was the perfect place [to follow him] for the last lap,” Martin said.

“I knew from the beginning it was not pole position, but I didn’t know the position [I actually qualified]. So, I think P4 is good enough.

“The pace is good and we can fight for the podium tomorrow. I really enjoyed the parc ferme.

“As soon as I arrived I said ‘it’s not pole, you need to review it and let me go to my box’.

“But then I had to come back again because I was first independent [team rider].

“It was nice to speak with Fabio, Pecco [Bagnaia] because they were laughing, saying, ‘there’s no way you can make that time’.”