Maverick Vinales says Yamaha's MotoGP bike has lost power in recent rounds, and suggests the manufacturer has become "confused" by its electronics set-up

Vinales led the championship by more than a race win's worth of points after the Mugello round at the start of June, but relinquished that advantage over the three subsequent rounds and heads into the summer break five points behind Honda's Marc Marquez.

Spaniard Vinales complained about the electronics on his Yamaha bike after qualifying 11th for last weekend's German Grand Prix, and reiterated that view after his run to fourth in the race.

"Somehow in the [past few] races that we've struggled, we modified the electronics and we lost a lot of the power," explained Vinales.

"Every race [I have] less power, less power, and now it looks like we need more power from the electronics.

"Some races we get really confused, and we need to keep the same line from the beginning, the same electronics.

"But we've changed it a lot during all the races.

"So we have to work to get this confidence we had at the beginning of the season." 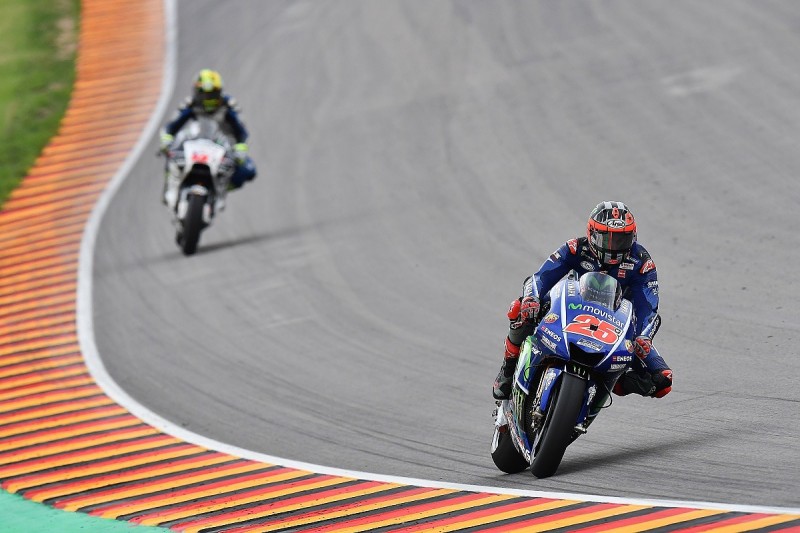 Last Sunday's Sachsenring race was the second in succession in which Vinales rode the new Yamaha chassis he first tried in post-race testing at Barcelona.

The Spaniard said in the run-up to the weekend that the new frame did not suit his riding style as well as the one he began the year with, but added post-race that any decision to ditch it would require the approval of the team as well.

"It's not a decision I can take alone, it's joint," said Vinales.

"We are a team and we need to try to go in the same direction.

"At the moment I feel good, but I repeat: I felt better with the bike I had at the beginning of the season."