Maverick Vinales is unable to ride Yamaha's MotoGP bike exactly the way he would like despite his flying start to the 2017 season, according to crew chief Ramon Forcada

After topping every winter test, Vinales has opened up a 14-point advantage at the top of the standings with victories in Qatar and Argentina.

To make that perfect start, though, Forcada says the 22-year-old has had to fight his instincts to extract the most out of the M1.

Forcada - who engineered Jorge Lorenzo before his switch to Ducati - says Vinales is having to avoid braking and turning-in late to take full advantage of the Yamaha's strong traction exiting corners.

"Maverick would like a bike with the rideability and the traction of the Yamaha, which turned like the Honda and which was as fast [on the straights] as the Ducati," Forcada told Autosport.

"But all the other riders would like that too. Because he knows that's impossible, he is not riding the way he feels most comfortable, instead trying to extract the maximum from what the Yamaha offers him.

"He would like to brake later and harder, and turn in quicker, like a Honda would do it.

"But he is aware that with this bike that's not possible, so we has to imitate a bit what Jorge was doing.

"Now he's faster on the corners than when he was at Suzuki.

"The Yamaha is designed to take advantage of that; it's very stable on the rear and has a lot of traction at the exit of the corners.

"It's not that he likes it, that's how the bike works."

Vinales had to fight back from a slow start that dropped him from pole to fifth in Qatar to win the season opener. 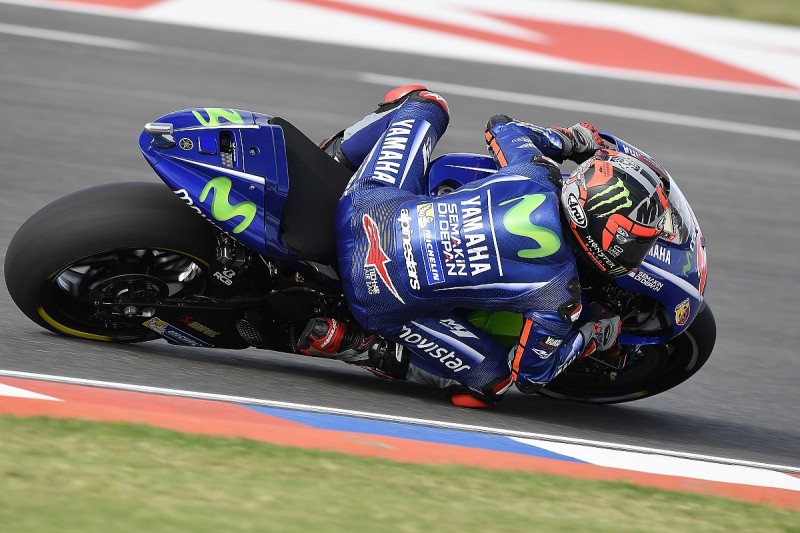 That grid was set by practice positions after qualifying was washed out, while Vinales qualified sixth in the wet in Argentina.

Forcada singled out making consistently strong starts and being able to reach his full potential over a single lap faster as two areas where Vinales still has room for improvement.

"He has to improve his starts, but that's a matter of time," Forcada said.

"And in qualifying, he has to get used to getting the lap time on the first lap, not on the second.

"If you do that on Saturday regularly you get used to doing it on Sunday, and if you have a decent start, you save yourself a lot of trouble.

"In MotoGP, if you get stuck [at the start], five riders will overtake you before the first corner, and if your goal is to win, that makes things complicated."