Autosport reported on Thursday afternoon Yamaha was under investigation by the FIM MotoGP Stewards having allegedly breached homologation rules with engines it used in the season-opening Spanish GP.

Yamaha has since been found to have used an engine with valves not previously submitted with the sample engine pre-season for homologation by the FIM, making this change without unanimous agreement by the manufacturers' association.

An FIM ruling on Thursday said this the result of "an internal oversight" and has docked 50 points from the manufacturers' constructors' championship - which equates to double what it earned at the Spanish GP for Fabio Quartararo's victory.

Yamaha has also had 20 points withdrawn from its teams' championship tally, after Maverick Vinales finished the Spanish GP second, while SRT has lost 37 from its haul.

The loss of constructors' points drops Yamaha to third in the manufacturers' championship on 158 points behind new leaders Ducati on 171 and Suzuki on 163.

In the teams' table, the factory Yamaha squad slips to fifth behind KTM on 156 points, while SRT holds second - albeit, with a 44-point gulf to Suzuki now. 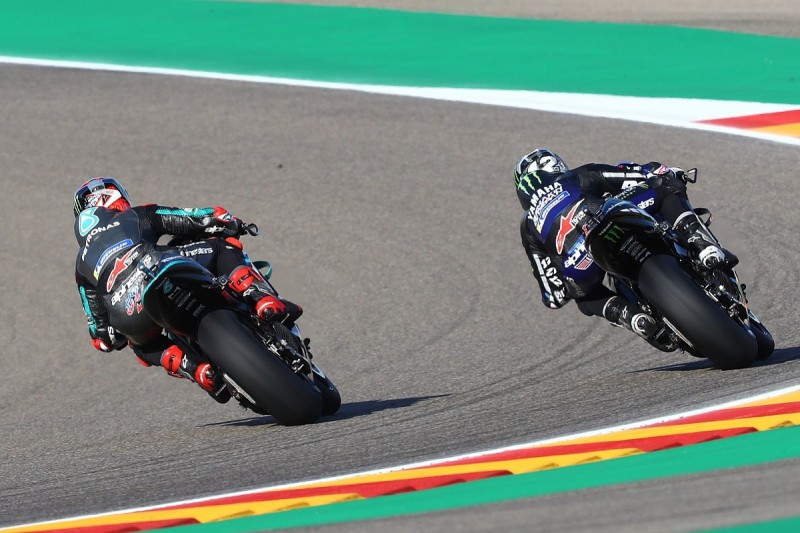 Crucially, however, none of Quartararo, Franco Morbidelli nor Vinales have lost any points in the riders' championship.

All three are currently within 25 points of championship leader Joan Mir on the Suzuki with three rounds to go starting this weekend at Valencia for the European GP.

Engines issues have hung over Yamaha all season, after failures for Valentino Rossi and Morbidelli at the first two Jerez races forced the marque to reduce revs for all four riders.

Yamaha's faults were found to be caused by faulty valves from a secondary supplier and did request to the manufacturers' association to unseal its engines to change them over reliability concerns.

However, when Yamaha did not supply the requested document from the valve supplier admitting to the fault, the marque withdrew the request.

Given Yamaha's sanction revolves around use of non-homologated valves, there now appears to be a connection between the withdrawal of its early-season request and Thursday's investigation.