Ducati's Jorge Lorenzo fears it will be difficult for him to ride in next weekend's MotoGP race at Phillip Island, having withdrawn from the Japanese Grand Prix on Friday

Lorenzo's initial injuries sustained in the Aragon Grand Prix were worsened by a Friday shunt in Thailand, forcing him to miss that race.

He was passed fit for Motegi but the Ducati rider raised doubts over his fitness to participate in the weekend on Thursday.

Lorenzo then withdrew the following day after completing two installation laps in FP1, and he is concerned racing at Phillip Island will be difficult.

"I don't know about Phillip Island yet, because you never know what you can feel when I arrive there on Wednesday or Thursday," he said.

"[If] in 14 days [from Thailand to Japan] the injury didn't recover so well, it's difficult to believe that in six days it could recover so fast.

"It can happen and we are gonna make a magnetic resonance [MRI scan] to understand even more closely what happened in all the injury and decide what to do.

"The only thing I will do now is rest, and wait for the body to [get better]."

Should Lorenzo not race at Phillip Island, Ducati test rider Michele Pirro would be his likely replacement.

Lorenzo admitted that he may have forced training "a little bit too quickly", which hindered his recovery.

"What I did is what I felt, and what I understand after hearing different opinions," he said. "But probably maybe for this injury I push a little bit too quick.

"This maybe, I think, didn't make worse the injury but maybe slowed down the recovery." 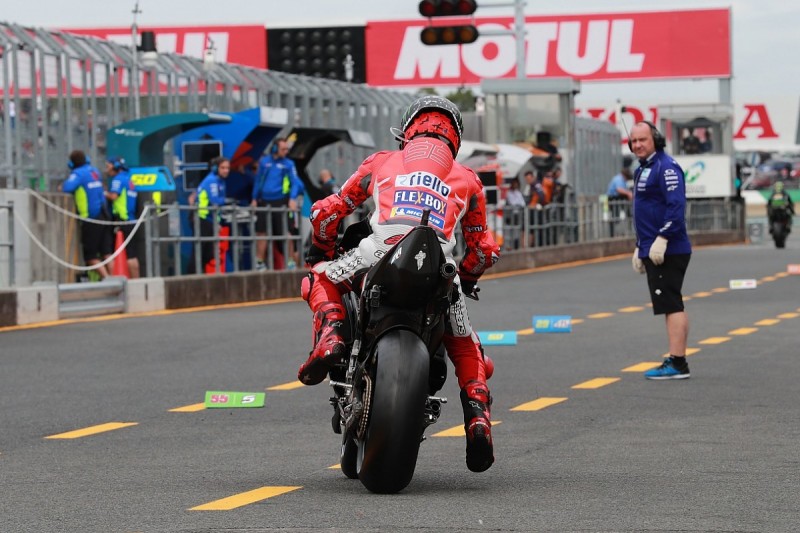 Lorenzo said that the risk of making his injury worse was also a key reason to his withdrawal from the Japan weekend.

"I feel even worse than expected, I expected a lot of difficulties to ride but I feel very bad on braking because the body, the brain, didn't allow me to push the left wrist in the braking so I wasn't quick," he said.

"Obviously I wasn't comfortable, [but] even if I felt safe on the bike, feeling if I wanted to push a little bit more, I could make a mistake and crash.

"It has no meaning [to race] like this, because on this track I could have my options to fight for the win [if I was fit]."

How Marc Marquez shook off his risky mentality in MotoGP