Maverick Vinales and his Yamaha team "needed" the "unbelievable" MotoGP victory he scored at Phillip Island to give them a boost into 2019, according to the rider

The Australian Grand Prix win was Vinales' fifth in the series and put an end to a 25-race barren streak for Yamaha.

Only two races remain of the 2018 season, and Vinales hopes the triumph will give Yamaha a boost going into next year.

"[It is an important win] for me because I started to lose a little bit self-confidence, and for Yamaha that I prove I can win races.

"They need to try to provide a bike for my riding style especially in the middle of the corners to turn.

"Next year I will have more experience and I will be better because I know the worst point of being here racing and the better ones." 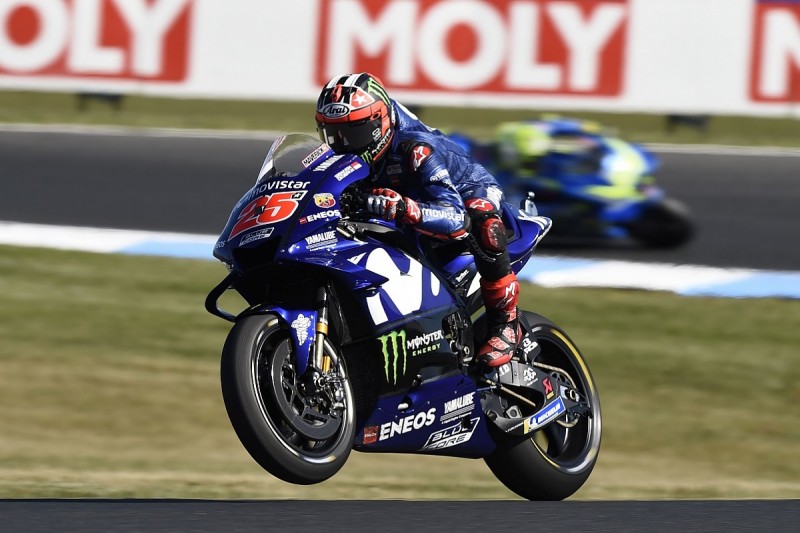 Starting second, Vinales had a poor start and was only 10th early on, but then quickly fought his way back into the lead and pulled away.

"[It was an] unbelievable day. First of all, I didn't expect to start so bad. It was incredible, when I see myself 10th, I just say: 'man, you are stupid, what are you doing?'.

"During all the weekend I had been in the top three and I just felt good. I just said 'OK, now I have to push.'

"When I saw myself in a three-second [lead], I said: 'Now I can relax a little bit', trying to save the tyre. Anyway, it was close because both Andreas [Iannone and Dovizioso] were coming really fast.

"I didn't expect to be so fast in the beginning, but finally I made myself try to open enough gap - just in case I went down on the tyre then I could finish the race then in front."

Vinales warned however that, despite this victory, Yamaha cannot get complacent.

"We have a great chassis but we have to improve the electronics and the engine. I really love the chassis because, as today, I can ride really fast when I have the chassis for my riding style.

"There is a lot to improve and I think Yamaha have a lot of effort."