Maverick Vinales says his two-day private test for Aprilia earlier this week at Misano was the happiest he’s been on a MotoGP bike in “probably my life”.

The nine-time MotoGP race-winner was ousted from the factory Yamaha squad earlier this month following a suspension by the team after he deliberately tried to damage his bike in the Styrian Grand Prix.

Vinales had already made the decision to quit Yamaha a year earlier than his current contract period was due to expire as the relationship between himself and the marque deteriorated dramatically across 2021, with Aprilia signing the Spaniard for next season.

He made his debut on the Aprilia at a two-day test at Misano on Tuesday and Wednesday this week and will make his race debut on the bike at Aragon next weekend.

When asked by Autosport if his test on the Aprilia was the happiest he’s been this year in MotoGP, Vinales replied: “Probably my life, [I’ve never had] a time when I am more happy because after five years [at Yamaha] there have been ups and downs and I didn’t understand many things.

“At the end I said, ‘What is going on’. But as soon as I jumped to Aprilia I know my potential, I know what I’m able to do even more and it was nice to jump quick because I have the opportunity to do six races.

“This is much better than to do just five days of test, and I will try to prepare well with Aleix [Espargaro] the 2022 [bike], which is very important for me.”

Vinales admitted on Wednesday he was “nervous” about his Aprilia debut, particularly because the RS-GP’s engine is completely different to what he rode at Suzuki and at Yamaha since 2015.

The Spaniard says he was surprised at how quickly he was able to adapt to the V4-powered Aprilia, while admitting his test and race plans were not expected so soon.

“Honestly, I expected to be at home until November waiting to ride the bike at the test,” he said. 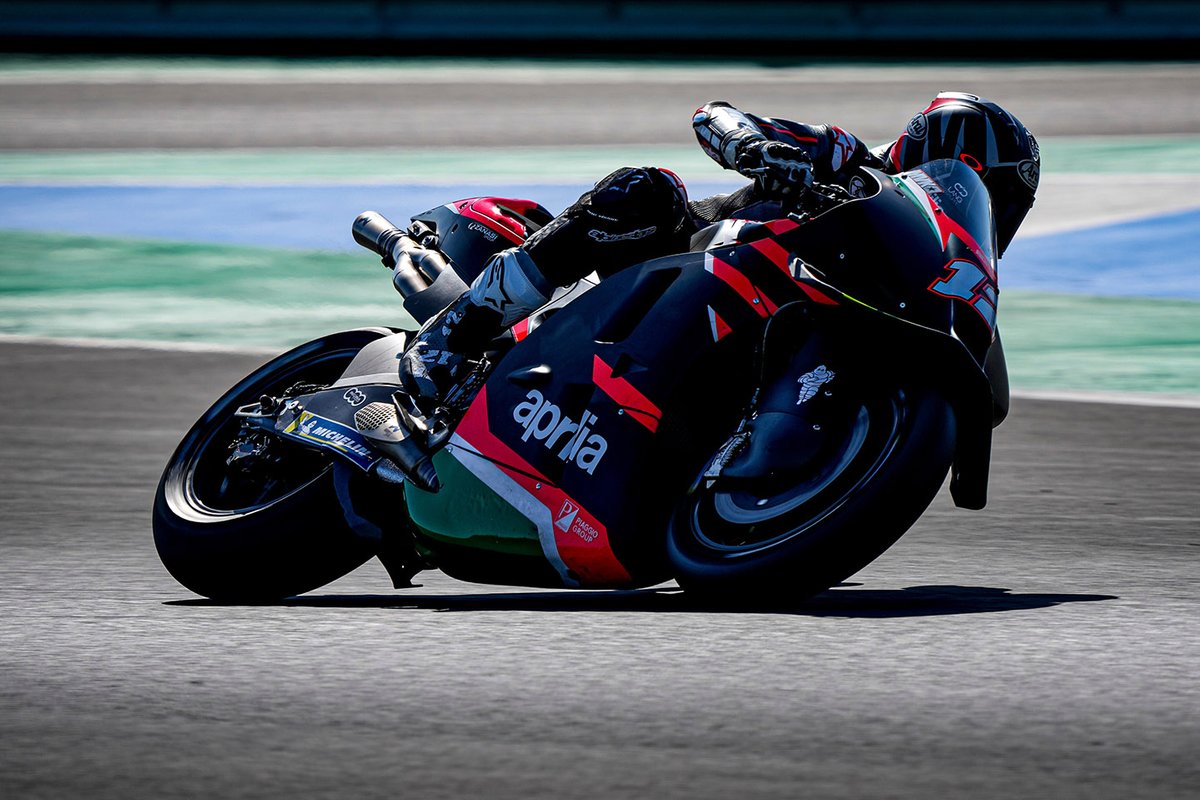 “But this opportunity is made first of all because I leave [Yamaha], and because Aprilia gave me the opportunity.

“Basically, what makes me happy is all the guys are working really hard, their enthusiasm is really strong.

“And also coming from a podium [at Silverstone with Espargaro], it’s the best time to join the team, to try to give them the feedback.

“For sure Aleix and [Lorenzo] Savadori did an amazing job because they were very fast and the bike is working well. I was quite surprised because the adaptation to the bike has been quite fast.”

He added: “Basically what I need to change is the way of braking, it’s a bit different. This is a big learning process because the way you can brake with the Aprilia is totally different [to the Yamaha].

“I will need laps and also Aleix is a very hard braker, so I will need to learn a little bit from him how he does this strong braking, but I think this will come with confidence.”

Vinales went on to say that he knew he wanted to race the Aprilia at Aragon “as soon as I did three runs with the bike” on Tuesday.

During his first media debrief as an Aprilia rider, Vinales was not allowed to speak about his Yamaha split, but did say it was “fair” for the marque to let him join the team as soon as he has in 2021 because “everybody has to have the opportunity to leave things in the past”.

Rossi "happy" Dovizioso will be his final MotoGP team-mate