Rossi "happy" Dovizioso will be his final MotoGP team-mate

Valentino Rossi has welcomed news that Andrea Dovizioso will make his MotoGP return this month as his team-mate at Petronas SRT ahead of a full-time comeback in 2022.

Last Sunday Yamaha confirmed 15-time MotoGP race-winner Dovizioso will end his sabbatical in this month’s San Marino Grand Prix when takes over the SRT M1 to be vacated by factory team-bound Franco Morbidelli.

Dovizioso is due to continue with SRT in whatever guise it becomes in 2022 following the Malaysian squad’s MotoGP exit at the end of the year on a factory Yamaha.

The Italian – who elected to sit out the 2021 season having failed to secure a competitive ride following his Ducati axing – will be the fifth team-mate Rossi has had in a turbulent 2021 campaign for SRT, with Morbidelli, Garrett Gerloff, Cal Crutchlow and Jake Dixon all racing the ‘A-spec’ M1.

Morbidelli has been sidelined since June’s Dutch TT following surgery on a knee injury.

When asked by Autosport what he thought of the news Dovizioso will likely be his final team-mate in MotoGP before his retirement at the end of the season, Rossi said: “Yes, I’m happy to have Dovi because he has a lot of experience, he’s very fast and especially because we have a good relationship.

“We always fight together since 2008 and I’m very happy that he comes back.

“And I think also he can give something to Yamaha to improve the bike and I’m happy that we will be team-mates.”

Yamaha test rider Crutchlow was previously team-mates with Dovizioso in 2014 at Ducati and in 2012 at Tech3. 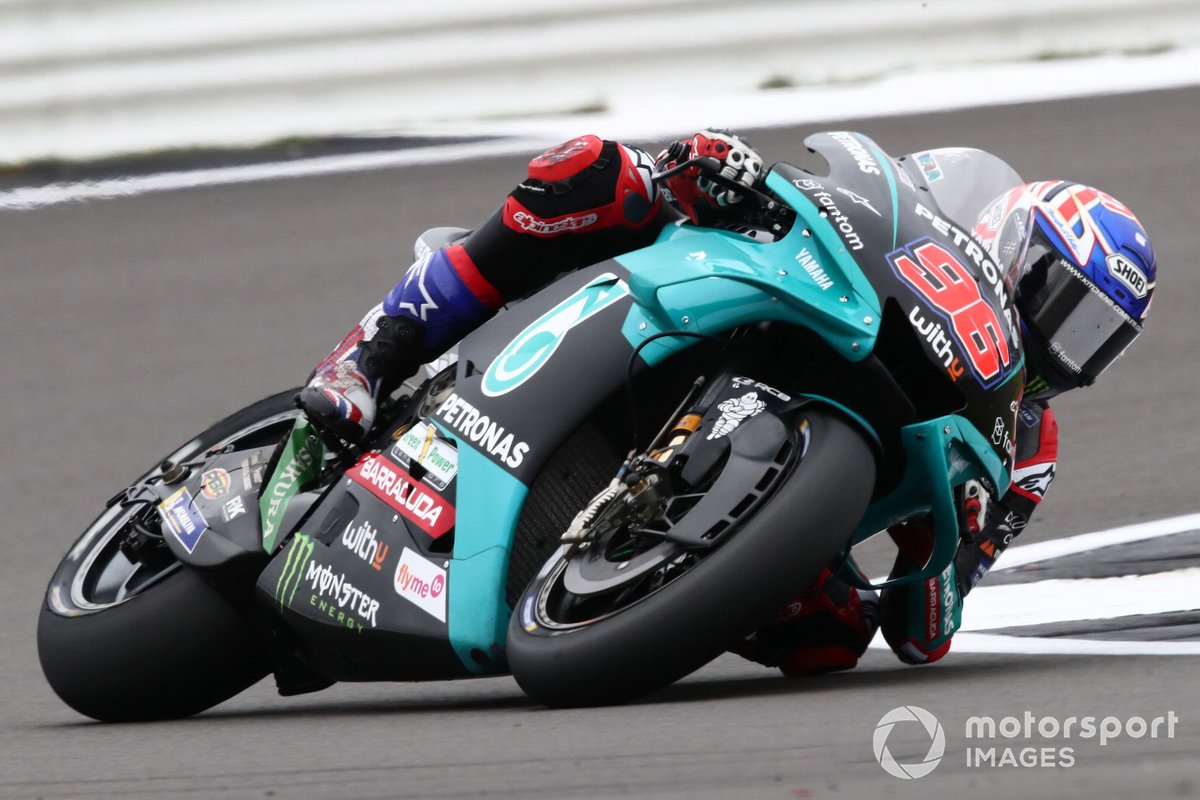 He believes Dovizioso will ultimately be a good asset for Yamaha going forward, but cautioned that the Italian’s current strong points of his riding style are at odds with the strengths of the Yamaha.

Asked by Autosport what Yamaha will gain from Dovizioso, Crutchlow said: “I don’t know what he can bring to Yamaha.

“I think it’s going to be a lot different to what he’s used to. He’s been used to a lot of power in the straight and Dovi is a great rider, he’s a great guy, and I think he’ll do very, very well.

“I hope he does well, obviously, and the good thing is some of the tests next year I will be at, he will be at, we work in a similar way.

“[We’re] completely different riders as such, but we have a great understanding of what is correct and what is not correct. I think he’ll be good and hopefully he can work it out. But I think he’s going to feel a big, big difference to what he used to feel.

“It’s not going to be easy, that’s for sure. Obviously, I’ll be working with him as all the other Yamaha riders and we’ll understand the situation when he starts to ride.”

Crutchlow was drafted into the factory Yamaha squad last weekend at Silverstone to take the ousted Maverick Vinales’ place, and will continue to race next weekend at Aragon.

From Misano, Morbidelli will take over the factory M1 ahead of full campaign in 2022 with Yamaha.

Autosport reported on Monday that Moto2 race Xavi Vierge has rejected an offer to ride Morbidelli’s SRT M1 at Aragon, with Dixon subsequently confirmed to get another outing.