Dutch Grand Prix poleman Maverick Vinales says he hasn’t change “not even one click” on his Yamaha at Assen just one week after his worst ever MotoGP weekend.

Vinales qualified 21st and finished last weekend’s German GP 19th in a baffling display which led him to lash out at Yamaha’s apparent disrespect in how it had handled his troubles in 2021 and claim he would copy team-mate Fabio Quartararo’s set-up at Assen.

Though Vinales does have one of his M1s set up like Quartararo’s bike, he has used the exact same bike he rode in Germany all weekend at Assen so far – topping FP1, FP2 FP3 and going on to set a new lap record in qualifying for pole by 0.071s over his team-mate.

Vinales says the biggest boost this weekend has come from the new asphalt at Assen, which has been providing him with the grip he needs to extract the maximum from his Yamaha.

“Honestly this should be the norm all weekends,” Vinales said of his pole.

“I think we have a good level, our confidence is high.

“I have a really high confidence in what we are able to do but just we didn’t find the way to do it. Honestly, thank God, FP1 has been good, I have good grip, I can be fast.

“So, this is the problem. When we don’t have grip, we are not able to improve and we are trying, we are trying many things.

“Honestly this weekend we didn’t touch anything. I said, ‘don’t touch the bike, it’s perfect’.

“And working on that, it was good, I’m quite happy and now we’ll see. 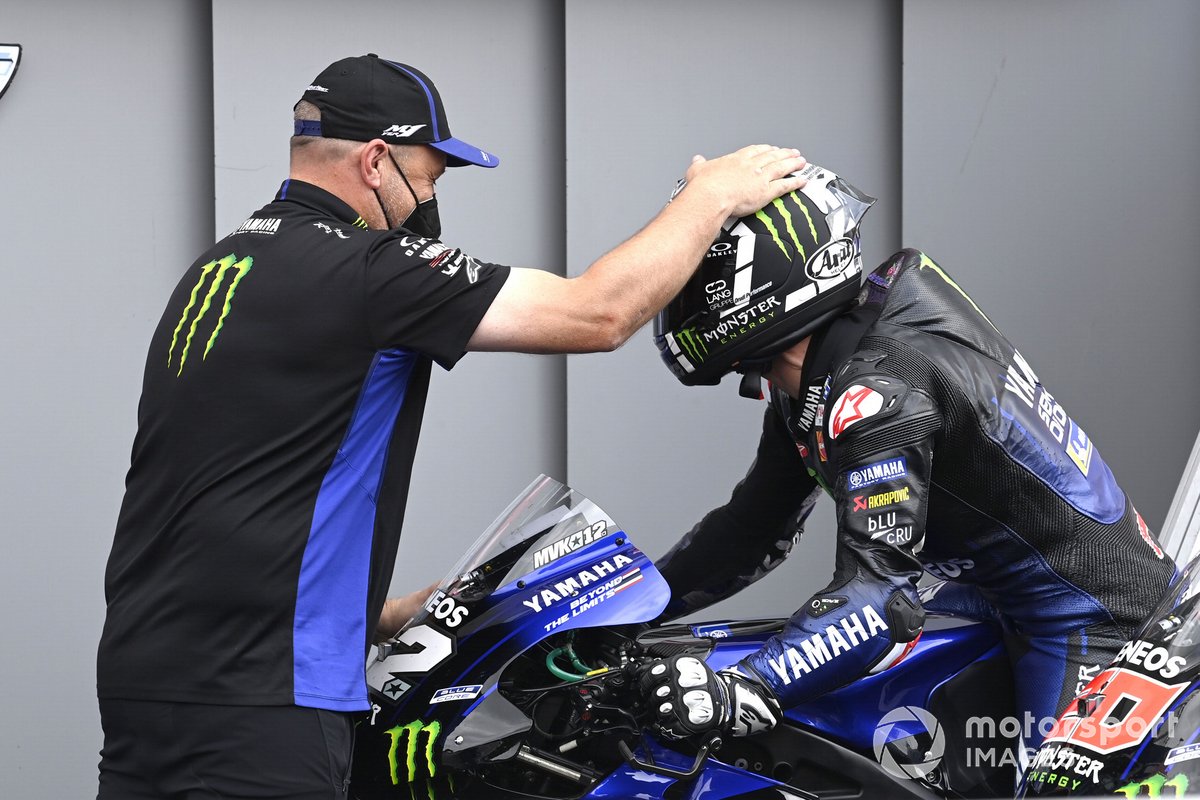 “Tomorrow we have a good chance, we will push at the maximum.

“For me the result isn’t important, for me it’s important to give the maximum from one to lap 25.

“Honestly, I didn’t even touch the bike – not even one click. Just like I said, thank God there is grip on the track and I have grip on the tyres, I am able to be fast.

“On this type of bike, when you don’t have grip you can be God and you can’t do anything.

“So, we are trying and it’s good that we are fast because they can compare and they can see why.”

Vinales’ media debrief on Friday was cancelled, ostensibly because he had a long technical meeting following practice.

His response to his issues this season have been in stark contrast to his team-mate, but Vinales doesn’t feel he needs to be calmer given what he’s been through this season since his dominant win in Qatar on the opening night of the championship in March.

“No, it’s enough, I cannot wait anymore races,” he added. “It’s enough to have five, six races in a row of very bad results.

“And especially for me what is tough is normally even if I have not good grip conditions I was able to make one lap and be in front, but in the last races not even for one lap.

“I crash once per race, where maybe I never crashed in a season.

“So maybe it’s in an indicator of how far we are from where we want to be. But I cannot be more calm.”