Maverick Vinales has revealed where his weakest point is on the Aprilia MotoGP bike after practice for the Aragon Grand Prix, admitting he doesn’t yet “trust” the front-end.

The ex-Yamaha rider made his official MotoGP debut in Aprilia colours on Friday at Aragon having completed a two-day test on the RS-GP at Misano two weeks ago.

Vinales may have ended Friday at Aragon 20th overall, but was just 1.142 seconds off the best pace of Ducati’s Jack Miller and made a lap time gain from FP1 to FP2 of over 1.4s.

He was pleased with the progress he made, but notes the biggest issue for him currently is adapting from the way of riding on an inline-four cylinder bike like the Yamaha to the V4-powered Aprilia.

“I am still braking too early, that is the main issue, I brake early because I was used to a different riding style, but we are getting much closer,” Vinales said.

“In Misano, we got close and here I think by the days and practices we are going to get close.

“Right now, for me, the most difficult part is the braking because the acceleration is really good.

“I keep controlling the slide and that is not an issue, but the braking area is where I need to get used to it because it is too different from what I was used to riding.

“Overall, it makes a difference on the lap time but I think we are going to ride, doing laps and trusting the front more than anything else.” 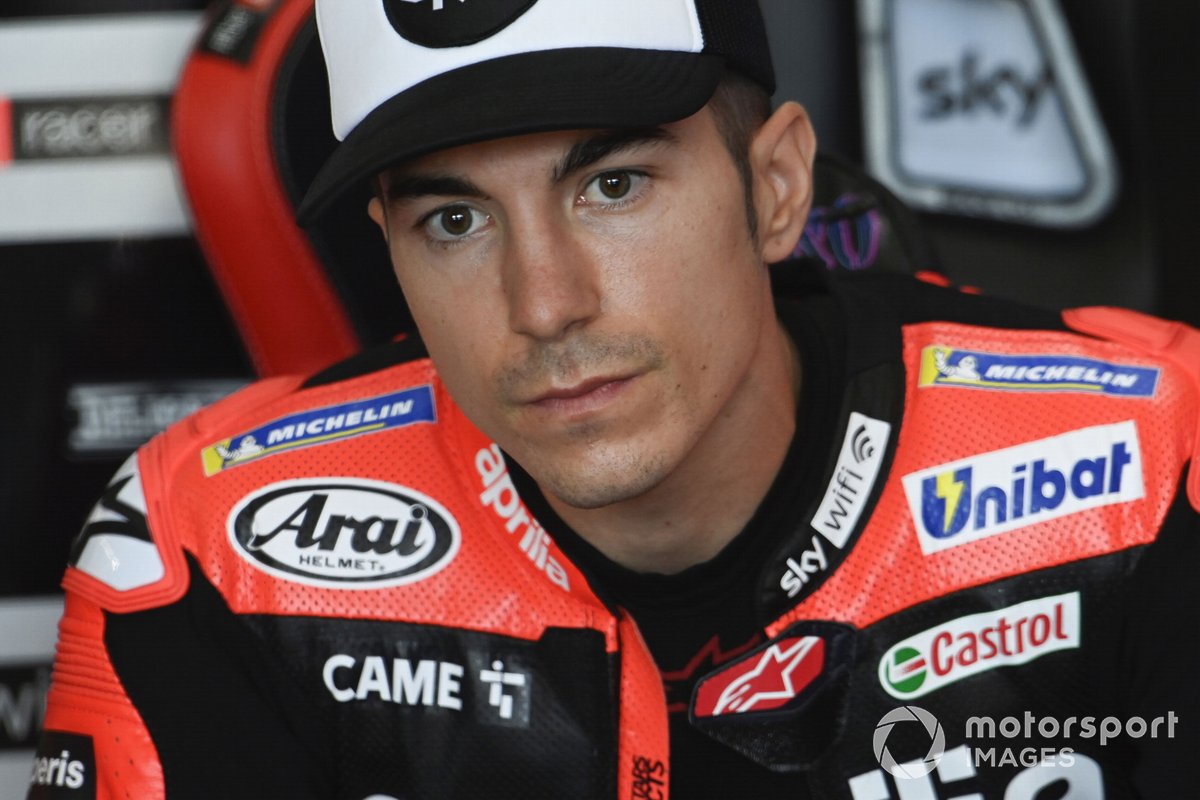 When asked if the fact he sometimes rode the Yamaha in an aggressive manner on corner-entry, like is required on the Aprilia, was a help as it was not new to him, Vinales added: “No, it is not new, I can use it, but still I don’t have a lot of trust.

“After only 35 laps at this track [where] it is fast and it is hard for me to adapt quick in just 45 minutes [each session], 45 minutes and a time attack.

“This is hard, but anyway I think now we made a good FP1 and FP2 and have collected the information.

“Also, on my side, we tried to improve as I think on my side we can still improve a lot.”

Vinales also noted that he’s struggling to hook a lap together without making a mistake in one of the sectors, but believes the fact he’s not pushing at his maximum right now is “important” as his ideal lap is strong.

“Everything is different, I need to get used to it,” he added.

“At this moment, I am not riding the bike at the maximum and this is important because at the end of the day we have a good ideal lap, a good rhythm and we need to keep looking on that because I think the key right now is to stay calm and keep working because we are far away from the maximum.

“I think every practice we make a good job and that’s the way to improve over the weekend.”