Yamaha’s Maverick Vinales says he “can’t understand” why he had his laps in MotoGP Portuguese Grand Prix qualifying cancelled for exceeding track limits, as he insists he didn’t.

Vinales had two laps scrubbed in the latter stages of Q2 in Portugal, which looked set to allow him to fight for the front row.

These laps were cancelled because he was deemed to have exceeded track limits, although footage of his transgressions show on both occasions it was marginal.

For 2021, pressure sensors have been placed on the green tarmac run-off areas next to the kerbs, with any part of a bike going beyond the painted kerb deemed to be a violation of track limits.

As a result of his laps being cancelled, Vinales was left down in 12th for Sunday’s race.

His team-mate Fabio Quartararo will start from pole after Ducati rider Francesco Bagnaia also had his fastest lap deleted for a yellow flag infringement.

“Anyway, at the end this is the rule, it’s one opinion, you cannot say nothing, you cannot appeal.

“I went to check [and] I cannot understand because most of the tyre was inside. It’s impossible to understand, but this is the rules, we cannot do nothing. 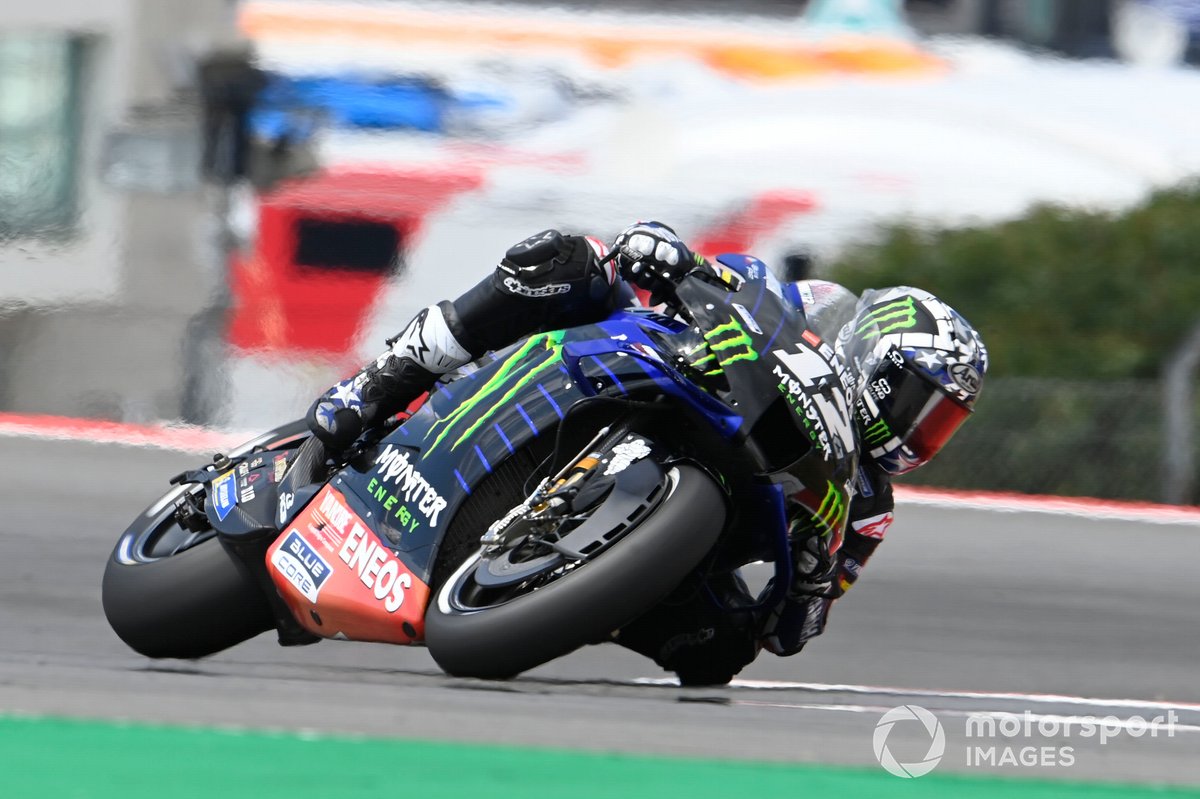 “I was first, and in this way I need to be P12, so it’s the judgement of one person and it is what it is. We know the stewards already from many years ago and it’s like this.

“We need to concentrate on tomorrow, Yamaha was pushing very hard because they have the same opinion as me that it’s not clear that I touched the green.

“If it’s clear, it is how it is and that’s it. But it’s not clear. Maybe they can give me five positions more than just cancelling the lap.

“But it is like this, you cannot do nothing.”

Despite his frustration over the lap cancellation, Vinales was pleased with his day having made a step forward in the set-up of his Yamaha from Friday, adding: “Finally, the feeling, we improved a lot.

“I made myself P1 or P2 [without the lap cancellation], so we cannot say much more because today was a good day.”