Yamaha's record premier class run without a win is now up to 25 races following last Sunday's Motegi race, in which Vinales was only seventh, three places behind team-mate Valentino Rossi.

The Japanese firm has not won a race since the Dutch TT at Assen in 2017, and has only scored one podium - Vinales' third-place finish in Thailand - in the last six races.

Vinales and Rossi have complained for more than a year about the M1 bike's lack of traction, and agree communication is poor between themselves and Yamaha's technical department, especially as it attempts to emerge from its current malaise.

"The communication at Suzuki was very different compared to within in Yamaha," Vinales, who won at Silverstone and scored three other podiums with Suzuki in 2016, told Autosport.

"But it was because Suzuki worked for me.

"I told them something and they did exactly what I asked, and therefore they built a bike for me.

"At Yamaha this is difficult because there are two strong riders able to win the championship, so they have two opinions.

"I don't know what they do, I don't know which way they are following. I try to communicate a lot with them because my intention is to bring them to my level." 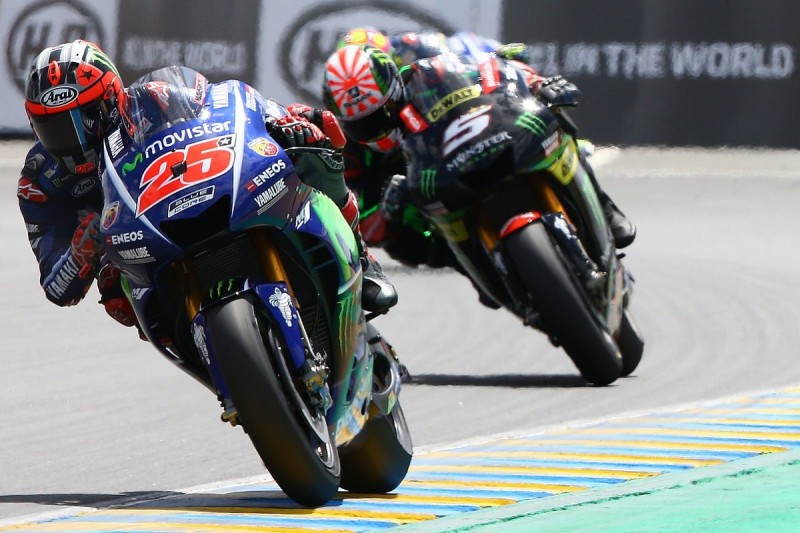 Last season, Vinales asked Yamaha for his M1 to be fitted with a different engine to the current one.

The specification featured a similar basis to the one used by satellite Tech3 rider Johann Zarco, with an engine braking set-up more suitable for Vinales.

"I asked that back in the day, but Yamaha preferred to take another way," said Vinales.