Rossi crashed Yamaha's first 2017 upgrade on the opening day of November's post-Valencia Grand Prix test, and was frustrated by a lack of gains from a new engine.

However during a private session one week later at Sepang Yamaha made progress and it started pre-season testing on Monday with a more-definitive package.

Rossi will also try a new chassis as part of his day-two programme.

"Today is very interesting because for the first time we tried the real bikes, my bikes, that I will use for all of the season," he said.

"In Japan [Yamaha] worked hard and made a better bike compared to the prototype that we had in November.

"The engine, we worked a lot on the electronics and about the chassis it's the same, but tomorrow we will have another chassis, slightly different, after our comment with the first prototype.

"But the bike is very beautiful."

Battling a migraine, he was also half-a-second slower than new team-mate Maverick Vinales, who wound up fourth. 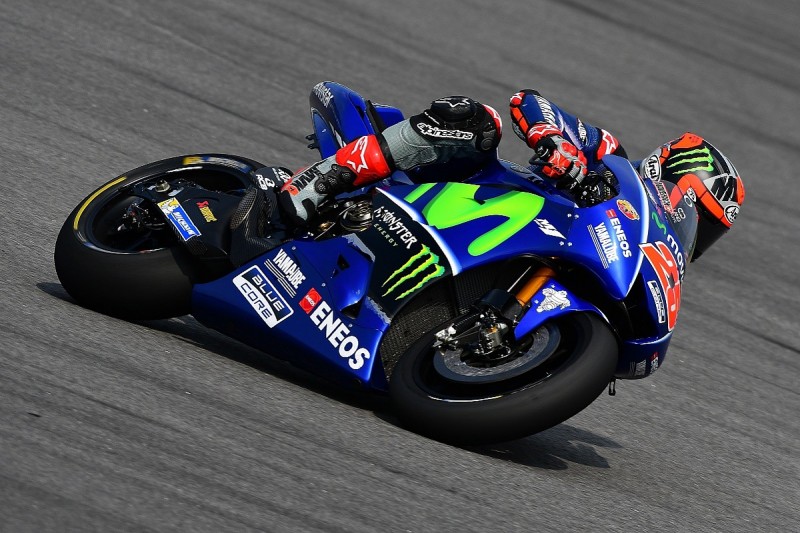 Vinales said this felt like his first day of proper preparation work for Yamaha, having focused purely on showing his raw pace when he topped his first tests for the team last November.

"It was good, better than I expected," he said.

"From the first lap, I was feeling good and fast so we could work quite early.

"In November, I was focused on making the lap time.

"Honestly, I was all the time trying to make the lap time, I didn't focus so much on work.

"Now we're working. We tried many things, we know we have a lot of potential and now we're trying to find the best package we can."