Valentino Rossi says Honda now ahead of Yamaha in MotoGP

Honda has now won the last four straight races - all courtesy of Marquez - and has taken pole position in six of the last eight events.

Yamaha meanwhile last triumphed in June, when Rossi prevailed in the Dutch TT. Its factory team has not claimed pole since Jorge Lorenzo secured the front spot of the grid for the Spanish Grand Prix in early May.

Where Honda traditionally struggled on certain types of circuit, Rossi feels it has now eliminated such weaknesses and in doing so left Yamaha playing catch up.

"I think now Honda, and especially the [works] Repsols, are stronger than the [Yamaha] M1," Rossi said.

"We have to work. It is difficult to speak about one track or another [favouring one factory], because now the two factory Hondas are very strong [and] the two riders are great, especially Marc.

"Jorge tried at the maximum with the Yamaha [at Brno], tried to start at 100 per cent in the beginning, but its not enough.

"We have to work step by step, and also for the future, to improve the M1 and come back very motivated."

Rossi admits he is struggling to keep pace with the championship's top three, and says he and Yamaha are still searching for set-up breakthroughs to close the gap. 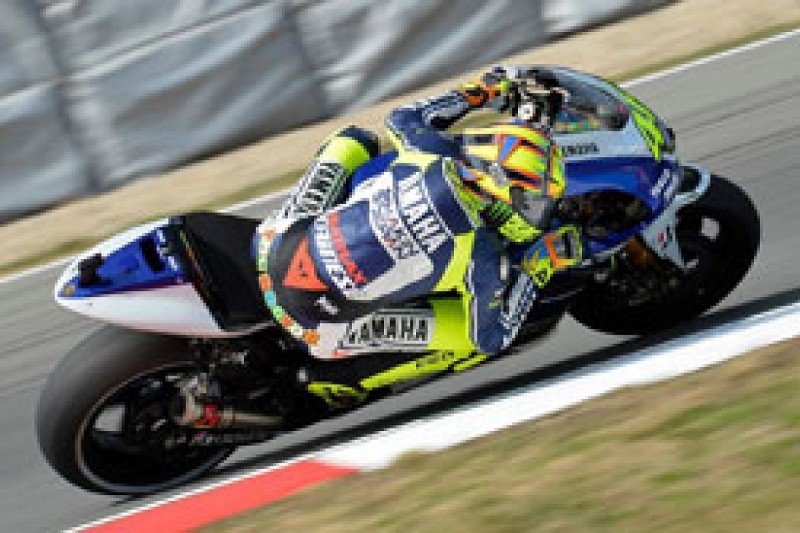 "We try to work on the braking but it doesn't work, so I think we have to follow some other way," he said after Brno.

"The race was better than Indy, especially because my disadvantage from the top is half, but I wanted to do better. We have to try to do better.

"The first three guys are impressive, very strong, but I expect to stay closer to them.

"Unfortunately I take 10 seconds [and] another fourth place but I want to stay closer. We tried to improve last few races, but it looks like it is not fantastic.

"But we don't give up, and we try from next week to make a better job."

Toby Moody: could Marquez be bad for MotoGP?