Including Rossi and championship leader Marc Marquez, seven riders had laptimes cancelled in first practice for using a small section of the Brno track surface at the end of the final corner's exit kerb, which had been deemed off limits.

Infringements against eight riders were also recorded in the second session, again including Rossi, with 12 different riders falling foul over the course of the day.

The Yamaha rider said he had not been made aware that it would be considered exceeding track limits.

"It was not clear, simply because nobody said anything to us," Rossi said.

"Usually the track limits is that if you go over the kerb, but in this case a lot of riders had the lap cancelled because the kerb finishes but we still have some asphalt.

"I understood the situation in the afternoon, so I tried to stay one metre inside, because I didn't know that after the kerb that asphalt is off of the track. 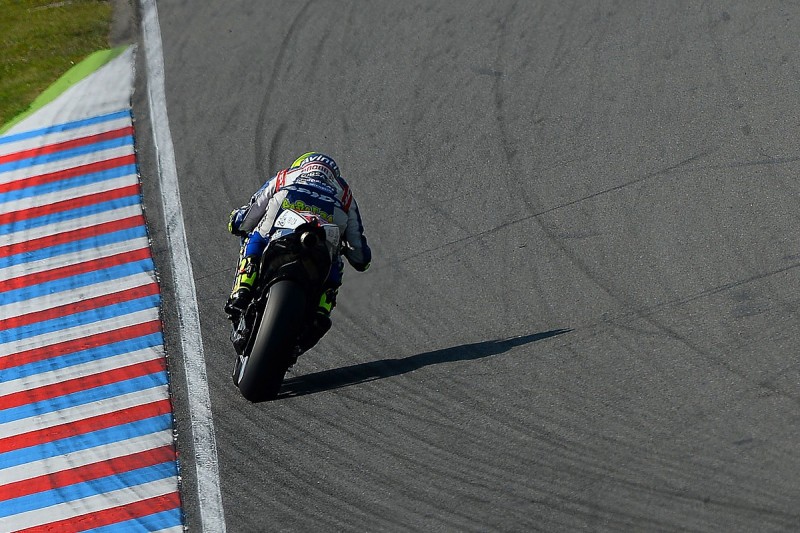 "But it is a good rule for the safety.

"In that place it was dangerous, because of the gravel - it was very fast and now it's narrow and we will try to stay more on the track."

Riders were due to discuss the issue in Friday evening's safety commission meeting, including having it painted a different colour such as red, regularly used to differentiate track limits.

Pramac Ducati rider Scott Redding was, like Rossi, penalised in both sessions and agreed that the track limits at the final corner was "not clear in the regulations".

"In the regulations if it's red, it's outside the circuit," he said.

"We got a paper, showing where the kerb is, then it's got a line and it says 'this is out of the track'.

"I'm sure tomorrow it'll either be red or they'll just say you can use it or not use it."