Motorcycle racing legend Giacomo Agostini believes Valentino Rossi is not as strong as his main MotoGP rivals anymore, but deserves praise for still "having fun"

Agostini, who won 15 grand prix titles, eight of them in the 500cc, between 1966 and 1975, remains the most successful rider in the premier class.

In an interview with Italian newspaper Quotidiano Nazionale, the 77-year-old was asked his thoughts on Rossi - whose tally of seven premier class titles is one shy of Agostini's.

Rossi has been in a slump of late, having retired in three consecutive races, and is in the middle of a winless streak that stretches back to the June 2017 Assen race.

Agostini reckons that the 40-year-old Rossi is finally struggling to cope with his younger rivals, and likened him to fellow sporting legends such as footballer Diego Maradona and boxer Muhammad Ali.

"Valentino does what he can, but he can't keep up and this creates problems for him," said Agostini.

"Vale is doing a lot, a lot, but the years pass. For everyone. They passed for Maradona, Cassius Clay [Muhammad Ali], [cycling legend] Eddy Merckx...

"They passed for me too, otherwise I would still be on the track today.

"The years are running and at a certain point you realise it and start thinking.

"We all want him to be there again, to always be number one, but I think it's clear to everyone that the opponents are much stronger.

"Valentino has fun and still wants to run. Valentino wants to be in that world and even if he gets fourth, fifth and doesn't win, he enjoys himself.

"He has the pleasure of running and this pushes him to face even difficult moments like this." 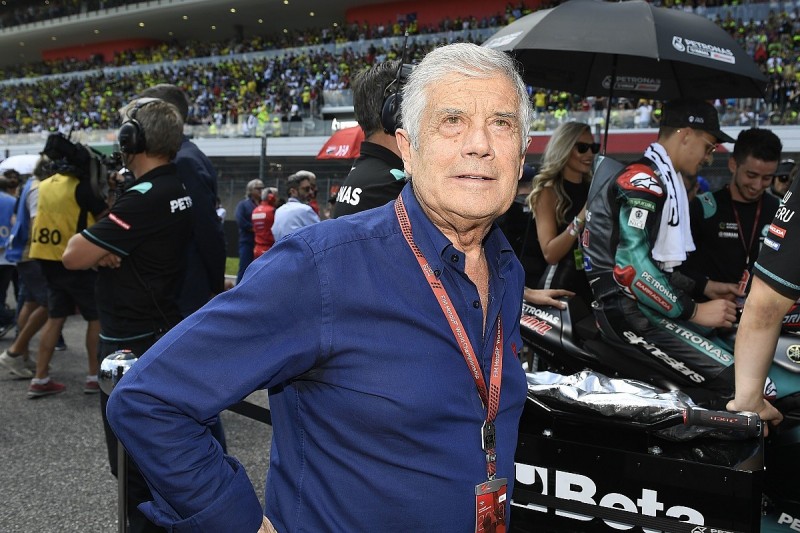 But Agostini (pictured above) is still confident Rossi can turn his form around, pointing out that Yamaha will rely on his input the most due to his experience.

"Valentino has been racing and winning for a lifetime. He has unique experience," Agostini added.