Just 0.749 seconds covered the top 19 from Miller down to Alex Marquez in FP2, with the likes of Mir and joint-nearest title rival Fabio Quartararo missing out on a provisional Q2 place after Friday's running.

Franco Morbidelli, just as he did in FP1, set the early pace at the start of the second session with a 1m32.065s.

Suzuki rider Mir would depose Zarco a few seconds later with a 1m31.080s, before the Frenchman re-established himself at the top of the pile with a 1m31.053s.

This stood as the benchmark for almost 20 minutes, when FP1 pacesetter Takaaki Nakagami set the best lap of the day so far with a 1m30.713s on his year-old LCR Honda.

Championship leader Mir's Friday hit a blip with around 11 minutes to go when he crashed at the Turn 4 right-hander. 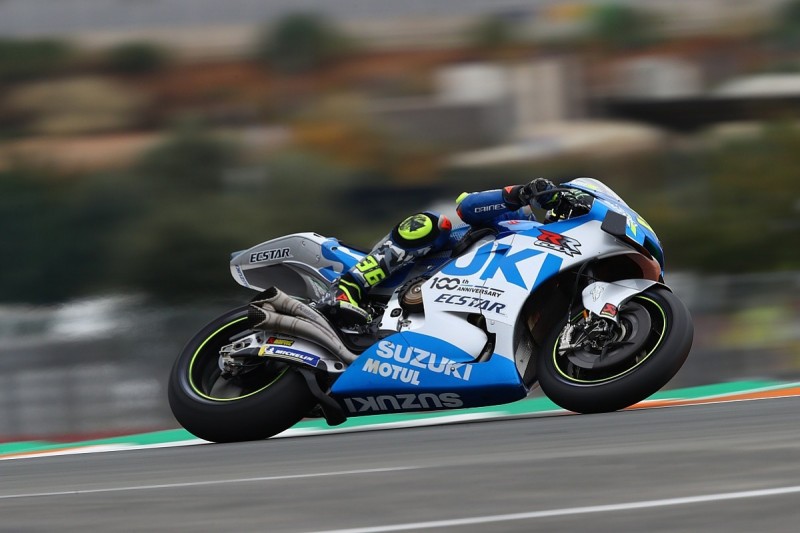 A late flurry of time attack laps put Nakagami's lap under threat, but only Miller could surpass it when he fired in a 1m30.662s right at the end of FP2 to end the day 0.091s clear of the Japanese rider.

Miller's Pramac team-mate Francesco Bagnaia completed the top three ahead of KTM's Pol Espargaro, while Zarco was shuffled back to fifth at the chequered flag.

He headed the factory Ducati of Andrea Dovizioso, with Cal Crutchlow - who was confirmed as a Yamaha test rider for 2021 earlier on Friday - bagging a provisional Q2 place late on with a 1m30.930s.

Of the top three title contenders, only Suzuki's Alex Rins - who is joint-second in the standings with Quartararo - holds a provisional Q2 spot after finishing FP2 eighth ahead of Aprilia's Aleix Espargaro and the Yamaha of Maverick Vinales.

The final rider currently occupying a Q2 place is Morbidelli, despite ending FP2 13th, with Stefan Bradl (Honda) and Mir ahead of him on the individual session timesheet.

Quartararo was just 0.704s off the pace, but was only 16th in FP2 behind KTM's Brad Binder and Danilo Petrucci on the Ducati, with Tech3's Miguel Oliveira and Valentino Rossi on the sister factory Yamaha behind him.