Maverick Vinales expects he will have “more pressure” on his shoulders going into the 2023 MotoGP season after his first full year with Aprilia yielded three podiums.

The nine-time MotoGP race winner acrimoniously split with Yamaha midway through the 2021 season and found refuge at Aprilia.

His adaptation to the RS-GP was initially very difficult, as Vinales had never ridden a bike in the premier class built around a V4 engine – which has completely different handling characteristics, and therefore requires a different riding style, to that of the Yamaha and Suzuki he rode previously.

After a difficult start to the year, in which his best result seventh twice from the first 10 rounds while team-mate Aleix Espargaro won in Argentina and scored four other podiums in that time, Vinales scored back-to-back rostrums in Holland and Britain - with a third podium coming at Misano in September.

Ending the season 11th in the standings on 122 points, Vinales feels the year was positive overall but is wary that 2023 will bring greater expectations.

“I feel quite positive, honestly,” he said when asked by Autosport at the Valencia season finale to evaluate his campaign.

“During the season we achieved quite good results, and I think we met each other – the team and bike – quite well.

“So, each are on a good point and I think that’s the most important thing.

“At the beginning of the season I struggled a little bit, I didn’t know the bike. Argentina came too early, it’s a shame!

“I think it was important this season to stay focused, to learn a lot. 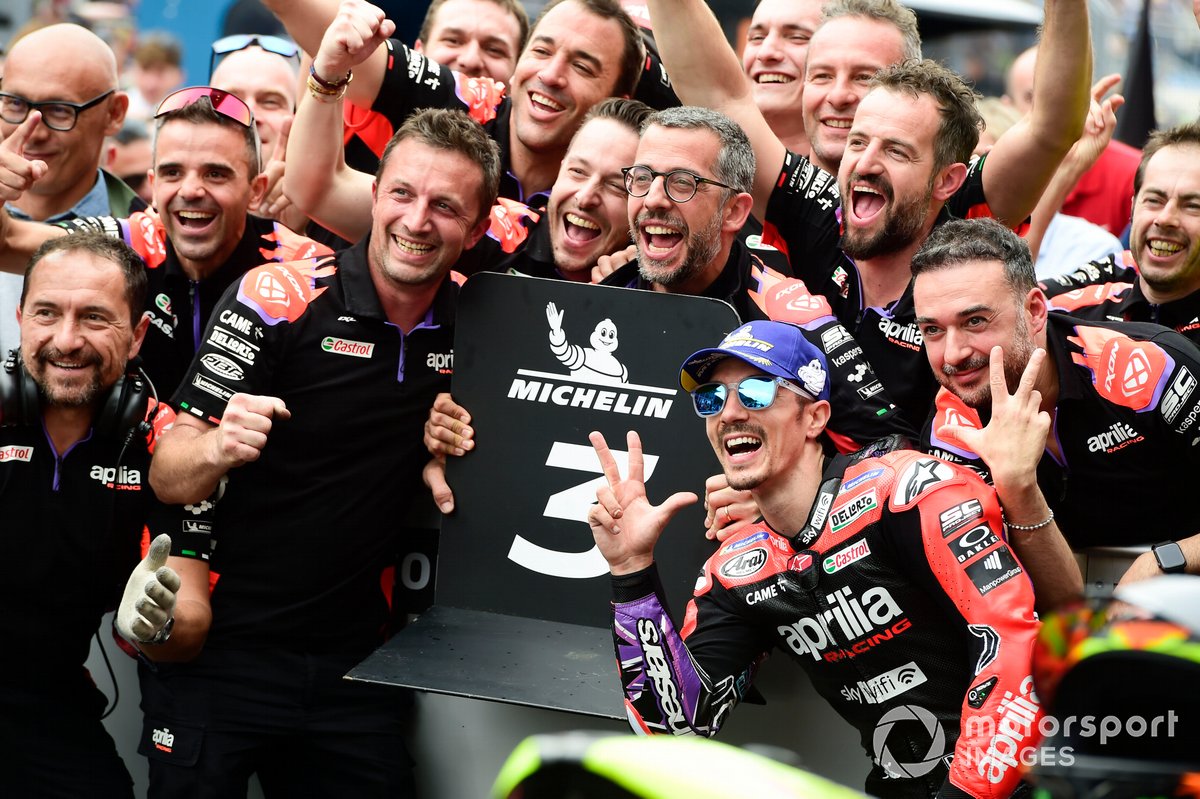 “I think every year is different. Next year is going to be different. Of course, we will have much more pressure than this year, this is natural but it’s also good.

“We must improve, we must make the objective clear and then I think we can do a really good job. We need to work well, smart.

“The test will be very important because there is just a few days, so it will be important to test smart, test well and in a good way.”

Vinales admits he had no clear goals in mind results-wise for 2022, other than that he wanted to adapt to the Aprilia as quickly as possible.

“I didn’t make any clear expectations,” he added. “I just tried to ride the bike in a good way. My objective was to learn the bike quickly and then from the middle of the season we were on a really good level.

“So, that’s something I will bring to the next season and that’s where my mind is right now.”