The MotoGP Thailand Grand Prix has been officially cancelled for the second consecutive year due to the ongoing COVID-19 pandemic.

Earlier this month the Australian MotoGP round at Phillip Island was struck from the 2021 schedule, effectively replaced by a second Portimao race penned in for the 5-7 November, with the calendar tweaks resulting in the Malaysian GP being moved to run one week after the Thai round as the remaining rounds on the Asian flyaway stretch.

But it has been confirmed the Thailand GP, scheduled for the 15-17 October, has been cancelled for the second year in a row.

MotoGP officials have confirmed a replacement event is being assessed with an updated 2021 race calendar due to be published “as soon as possible.”

“The FIM, IRTA and Dorna Sports regret to announce the cancellation of the OR Thailand Grand Prix, which was set to take place at Chang International Circuit from the 15th to the 17th of October,” a MotoGP statement read.

“Despite the best efforts of all parties involved, the ongoing Covid-19 pandemic and resulting restrictions have obliged the cancellation of the event.

The FIM MotoGP World Championship looks forward to returning to race in front of the incredibly passionate Buriram crowd in 2022.

“A replacement event is currently under consideration and any updates regarding a possible substitute will be published as soon as available.” 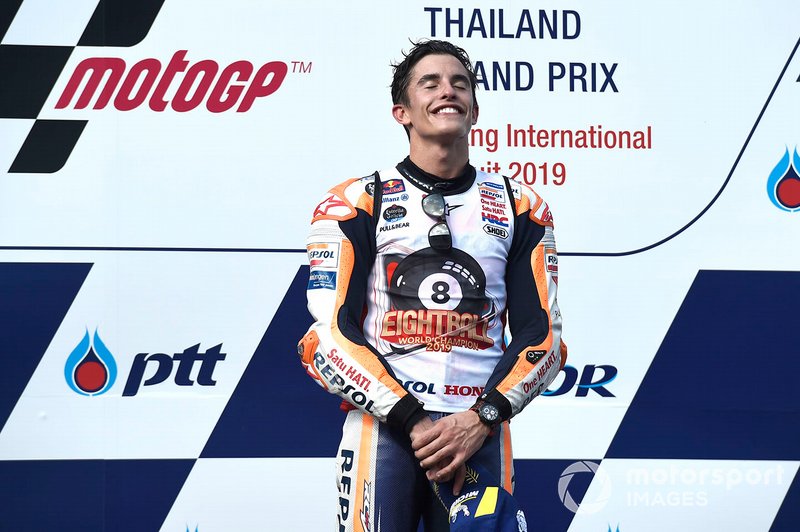 The Thailand GP cancellation opens up a three-week gap in the 2021 MotoGP calendar between the rescheduled United States round at the Circuit of the Americas (1-3 October) and the Malaysian round at Sepang (22-24 October).

MotoGP may look to run another double-header, having started this season with back-to-back races in Qatar, while the summer break resumes with two consecutive Austrian races at the Red Bull Ring.

The Argentinean round also remains without a new date after its initial postponement, but the South American event looks likely to be cancelled for 2021 due to COVID-19 restrictions.

So far this year, the Finnish, Japanese and Australian MotoGP races have been officially cancelled from the 2021 calendar.

Pedrosa to make MotoGP comeback with KTM wildcard in Austria