Mir failed to make it directly into Q2 from practice in the opening three rounds of the 2021 season, but managed to do so at Jerez for the first time.

The Suzuki rider held a provisional front row spot at one stage of Q2, but faded to 10th by the chequered flag – albeit only 0.198 seconds off poleman Fabio Quartararo on the Yamaha.

Mir says he was unable to improve his lap on the second soft tyre he used at the end of the session and doesn’t understand why, but feels he has made “a step” on single-lap pace.

However, he concedes the Suzuki’s main issue of not extracting the maximum from soft tyres remains. 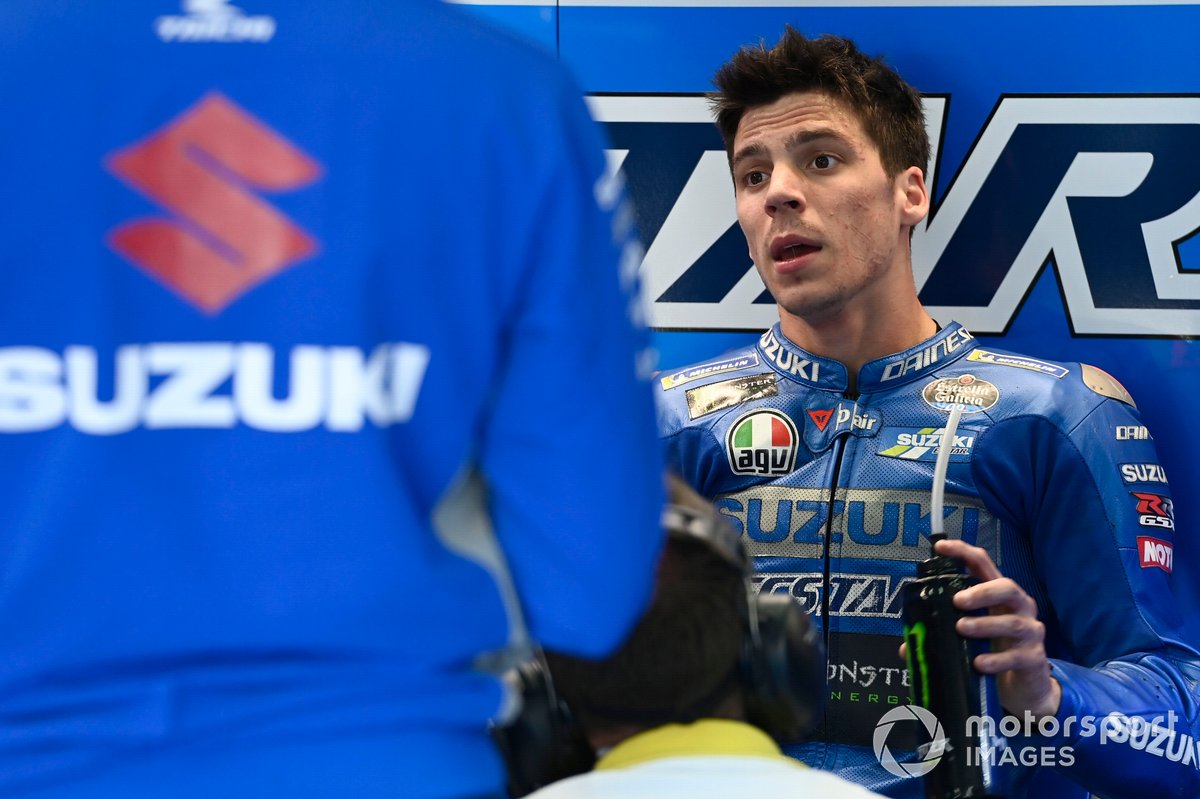 “I think our qualifying was not bad,” Mir said.

“I couldn’t improve the lap time in the second exit, which is something I don’t understand.

“We have to check, but I think that in this case to make a fast lap I made a step, it’s clear.

“I’m in the 10th position in qualifying, but after myself there’s a difference with the others, so it means I’m getting closer.

“The problem is not solved, we are far from solving this problem.

“I can’t say much more, we have to continue improving in qualifying. The good thing is that for the race I feel good again.”

Team-mate Alex Rins qualified 0.030s ahead in ninth, but was denied being able to improve further as his second tyre in Q2 was pushing the front of his Suzuki too much under braking.

“Well, qualifying was so so,” Rins said.

“The day was good, we did a good FP3, going directly to Q2 with everything so close.

“Then in FP4 I was able to do a good pace but I was trying to find where the limit was and I did a small mistake, I lose the front and I crashed.

“Then for the qualifying, I was fully motivated to do a good lap time.

“First tyre was ok, I was able to ride faster than in FP3, but then the second rear tyre was pushing a lot and not 100% of confidence on the front.

“So, maybe it takes away the feeling to improve the lap time.”