Quartararo has been on pole at Jerez for the last three races at the circuit and continued that run on Saturday, edging ahead of Yamaha stablemate Morbidelli by 0.057 seconds.

Ducati’s Jack Miller found himself promoted into a Q2 slot despite ending FP3 11th, as Morbidelli has a lap cancelled after the session and dropping him into Q1.

Miller set the initial benchmark at 1m37.248s, but this was immediately obliterated by Quartararo on the factory Yamaha.

The Frenchman went almost half a second clear of the field with a 1m36.807s, though Q1 pacesetter Morbidelli cut this advantage right down to just 0.005s on his first flying lap in Q2 on the ‘A-spec’ SRT M1.

Completing the provisional front row after the first runs was FP3 pacesetter Takaaki Nakagami on an LCR Honda with the frame he raced last year.

Quartararo found a marginal amount of time on his final flying lap, producing a 1m36.755s to claim top spot and head a top 10 covered by just 0.399s.

Morbidelli brushed off the disappointment of being dumped into Q1 by putting his older Yamaha second on the grid, with Miller looking to transform his fortunes in 2021 from third.

Miller was able to jump up to the front row by using his Ducati team-mate Francesco Bagnaia as a reference, with the Italian going salvaging fourth on his final attempt. 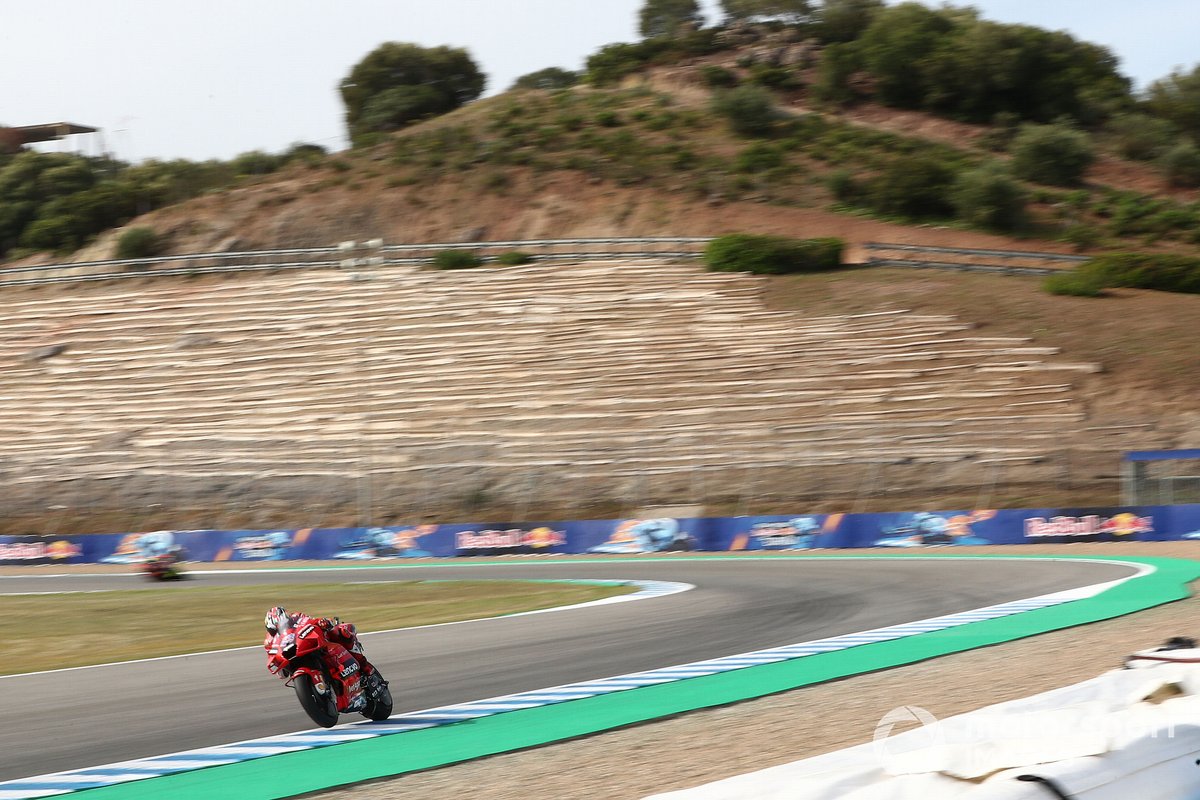 Nakagami was comfortably top Honda rider in fifth ahead of Pramac’s Johann Zarco, while Maverick Vinales was relegated to the front of the third row in seventh on his factory Yamaha.

Aleix Espargaro will be disappointed with eighth on the Aprilia having finished top three in the Friday running and having come into qualifying fifth overall, while the Suzuki duo of Alex Rins and Joan Mir have work to do from ninth and 10th.

Brad Binder followed Morbidelli through Q1 but only had one fresh soft tyre for Q2 as a result, his 1m37.467s only good enough for 11th on the KTM ahead of HRC wildcard Stefan Bradl.

Miguel Oliveira was due to start 13th after a late improvement in Q1, but the KTM rider had his final lap cancelled for exceeding track limits and dropped him to 16th.

This promoted both factory Honda riders, with Pol Espargaro just 0.057s outside of a Q2 place in 13th and recovering from an identical crash in FP4 to team-mate Marc Marquez’s at Turn 7 in FP3. 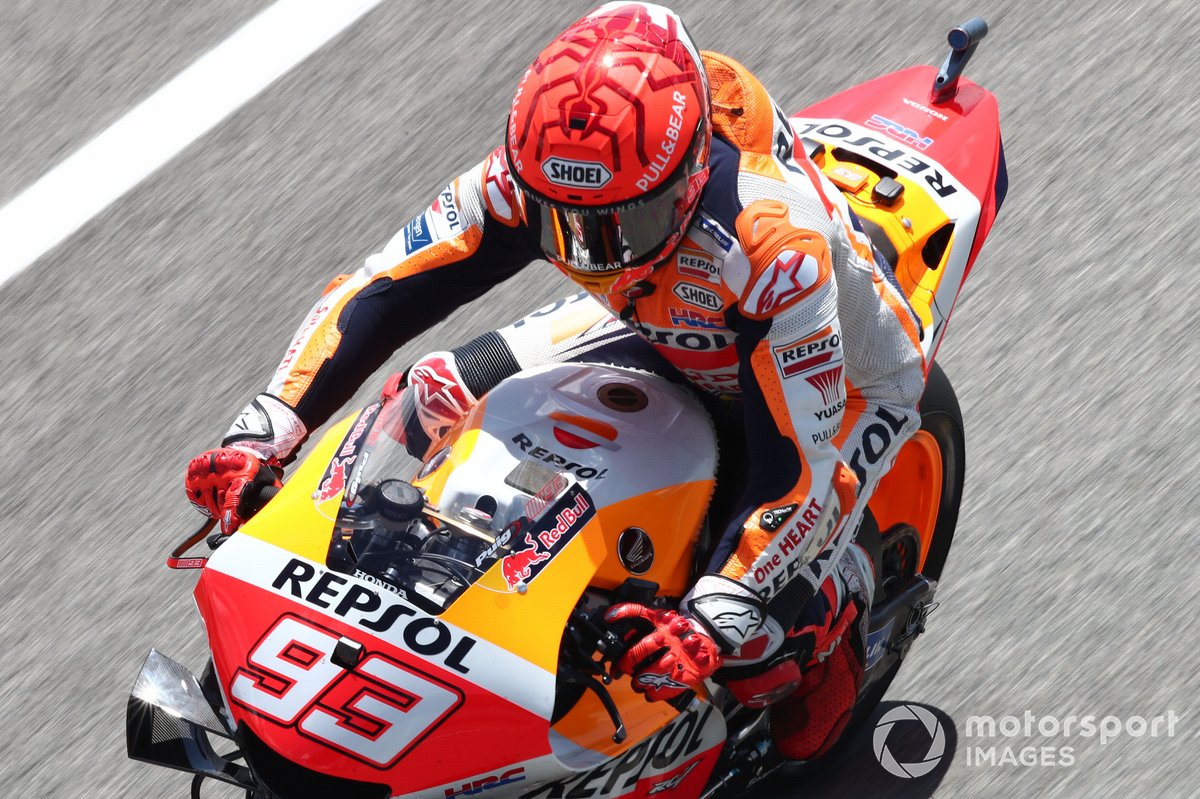 Marquez set the early pace in Q1 but will start the second race of his comeback in 14th having been cleared to continue after hospital checks following his FP3 tumble.

Enea Bastianini on the Avintia Ducati was bumped up to 15th courtesy of Oliveira’s demotion, with Valentino Rossi struggling with a lack of rear grip in 17th on his Petronas SRT Yamaha head of Avintia-mounted half-brother Luca Marini.