Fabio Quartararo maintained his pole position run at Jerez with top spot in qualifying for the 2021 MotoGP Spanish Grand Prix. Here’s how and when you can watch the race.

The factory Yamaha rider beat SRT Yamaha’s Franco Morbidelli by just 0.057 seconds to take his fourth consecutive MotoGP pole position at Jerez, as he looks to extend his lead in the riders’ standings following back-to-back wins at the Doha and Portuguese rounds.

The Yamaha pair are joined by Jack Miller on the front row as he edged out factory Ducati team-mate Francesco Bagnaia for third place, while the Italian is joined on row two by LCR Honda’s Takaaki Nakagami and the Pramac Ducati of Johann Zarco.

Maverick Vinales was shuffled back to seventh place late on for Yamaha, but ahead of Aprilia’s Aleix Espargaro, as Suzuki’s Alex Rins held on to ninth place in Q2 of qualifying.

Marc Marquez returned from a huge practice crash on Saturday morning at Jerez to qualify in 14th place for Honda, but admitted the off left him “scared” after he briefly “didn’t remember exactly what happened”. 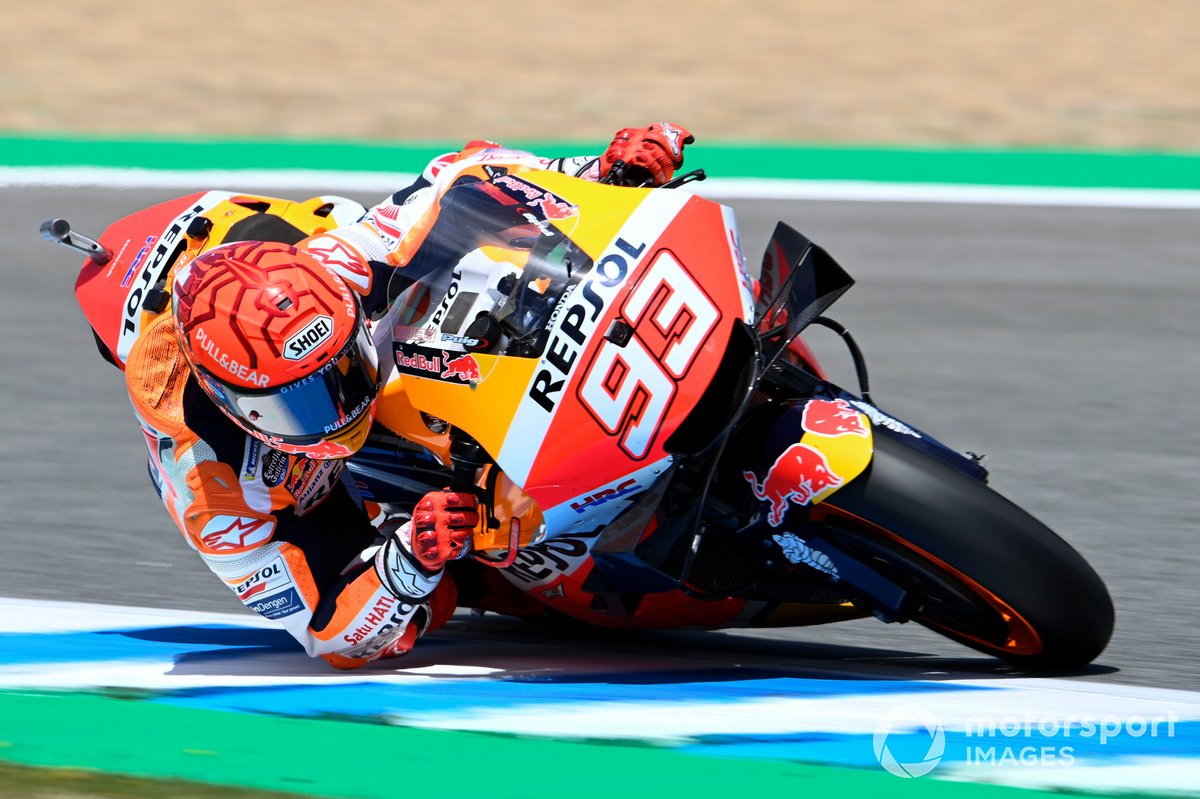 In the United Kingdom, BT Sport have exclusive live broadcasting television rights. The race will be shown live on BT Sport 2, with race coverage starting at 12:30pm BST, directly after the Moto2 race. BT Sport will also be showing the Moto3 and MotoE races from Jerez.

How can I watch the Spanish MotoGP highlights?

What's the weather forecast for the race at Jerez?

Dry and clear conditions are forecast with low winds for the Spanish Grand Prix at Jerez on Sunday afternoon, with a very low chance of rain and a high of 21 degrees Celsius for the start of the race.