Franco Morbidelli admits his feeling on his Petronas SRT Yamaha is bad “no matter what we do” and will have to “wing it” in the MotoGP Doha Grand Prix.

Morbidelli had endured a tricky week in Qatar, after a holeshot device issue meant he finished the first round of 2021 without points in 18th, while on Friday he was forced to unseal a third engine from his allocation following several issues in FP1.

Even without his issues in the first Qatar race, Morbidelli hasn’t looked on par with the two factory Yamaha riders having struggled for speed in the evening sessions at Losail.

The SRT rider could only manage 10th in qualifying for the Doha race and admits “nothing is clear” regarding the problems he has been experiencing with his Yamaha this weekend.

“The feeling is bad and it remains averagely bad, no matter what we do,” he said.

“But then this feeling can go away from a run to another.

“What I know is the feeling on the bike is not good and it’s difficult. But never surrender.”

When asked by Autosport how he approaches Sunday’s race with his problems, he added: “I’m going to have to wing it.

“That’s the only thing I can do. I’m not a crazy rider, so I will try to not make crazy stuff.” 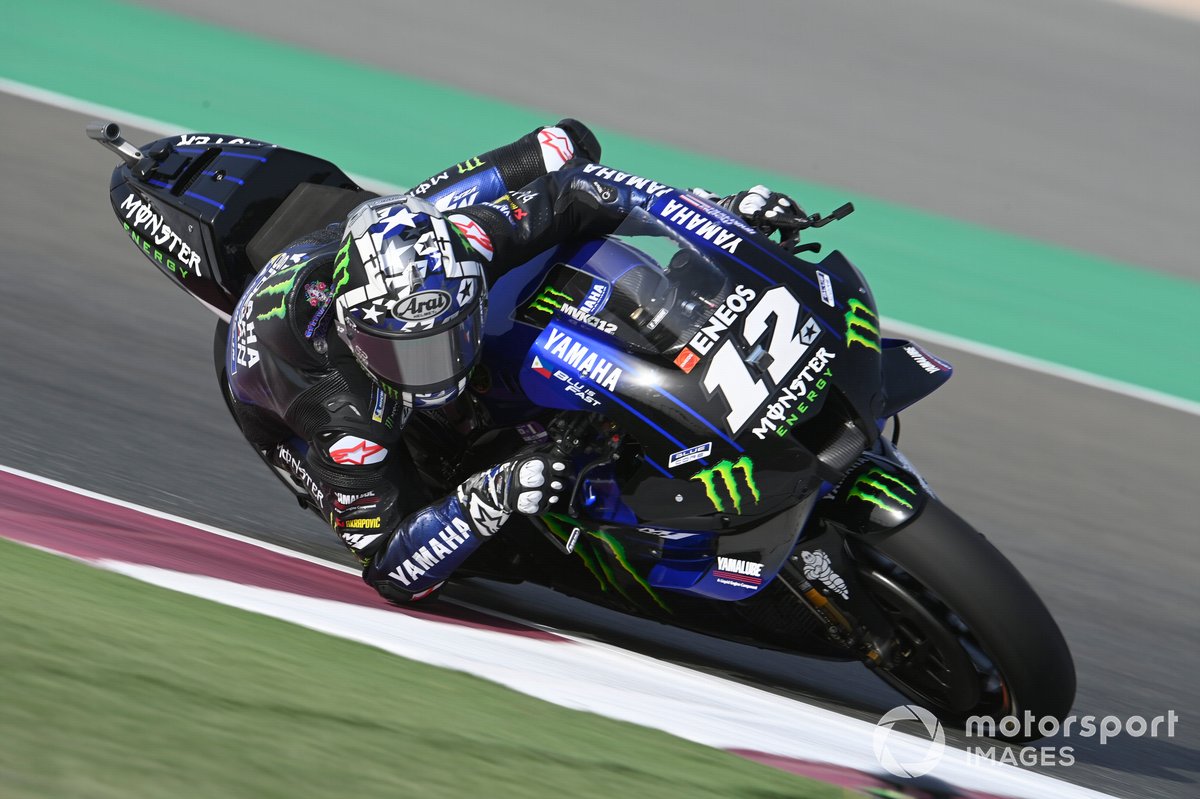 Qatar GP winner Maverick Vinales – whose race pace in FP4 was standout - was again top Yamaha in qualifying for the Doha round, the Spaniard completing the front row in third.

Commenting on his Saturday, the championship leader said: “Honestly the front row was very difficult because I didn’t have a really good feeling on the first time attack.

“But as soon as I did the second time attack, I understood that the bike was working well and I could push the bike in the correct way.

“We were able to make an incredible lap time and when I saw the lap time, I thought maybe I had the pole. But then I saw myself third.”