Petronas SRT rider Franco Morbidelli will have to unseal a third engine from his allocation for the 2021 MotoGP season after encountering issues in FP1 for the Doha Grand Prix.

Morbidelli was shown the black flag with the orange circle, denoting a technical issue, after his SRT ‘A-spec’ Yamaha was caught smoking at Turn 1.

Able to rejoin the session following the first incident, he did not reappear after the second in the latter stages.

Autosport has learned Morbidelli did not suffer any terminal engine issues, but Yamaha has elected to withdraw one of the offending units from his allocation temporarily to try to find the problem.

Yamaha believes the issue stems from the system where oil passes through the engine.

The Japanese marque is not allowed to open up the engine without express consent from MotoGP technical direction if all other manufacturers agree, but is able to use microscopic cameras to investigate the engine internals as well as special fluids.

Yamaha’s decision means Morbidelli will fit a third engine from his allocation of seven for the entire 2021 campaign from this evening’s FP2 session in Qatar.

Morbidelli has had a troubled week in Qatar, after his race last weekend was wrecked by an issue with his Yamaha’s holeshot device. 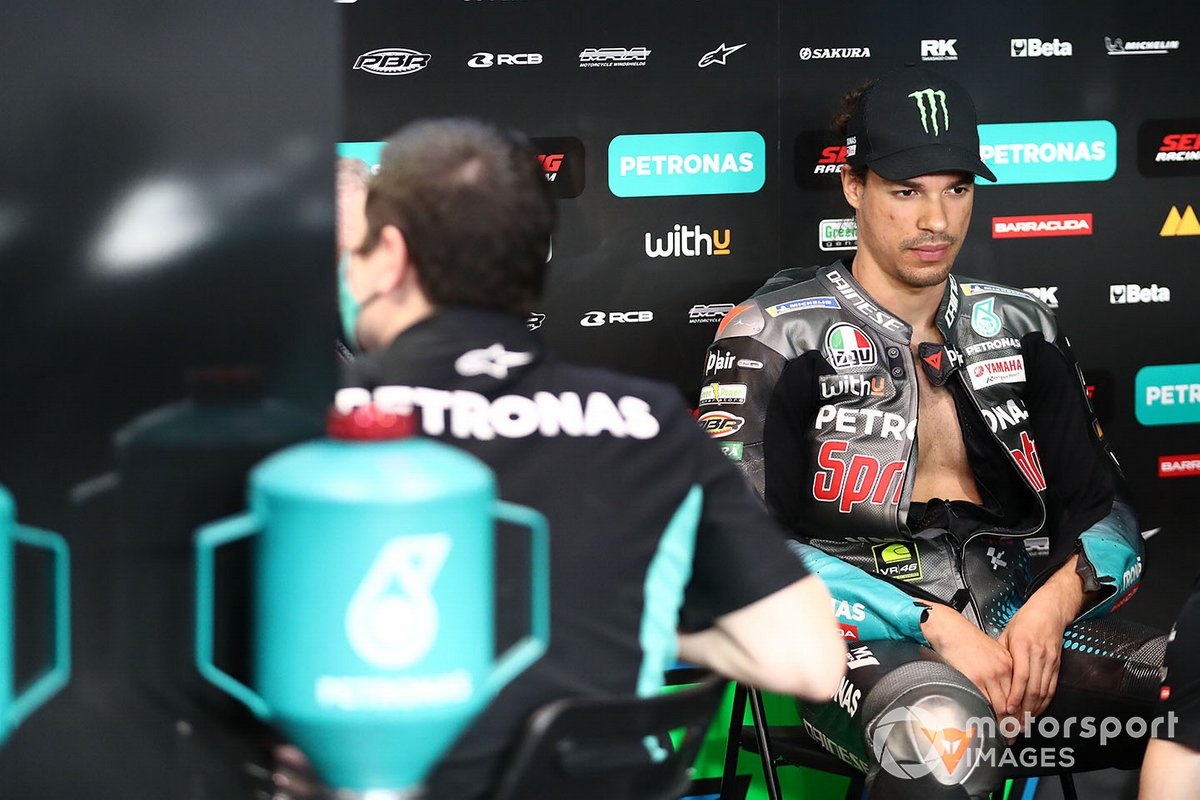 However, Morbidelli admitted on Thursday ahead of the Doha GP that the exact cause of the problem had not been identified and his team had changed everything on the bike which cast doubt over reliability.

He ended the first Doha GP session fifth quickest despite his issues.

Yamaha’s 2020 campaign was dogged by engine problems, faults with valves from a secondary supplier in the engines it had prepared for the opening Spanish GP causing numerous issues.

The fact Yamaha had used a different valve supplier instead of the components it had homologated by the FIM ahead of the 2020 season led to it having points deducted from its constructors’ and teams’ championship haul.

Yamaha used a different valve supplier as the one who made its homologated parts had discontinued its units for 2020, mistakenly believing it was free to do so in the regulations.

It called this at the time of the penalty last November an “internal oversight”.

Those early-season reliability woes ultimately cost Morbidelli the championship, a retirement during the Andalusian GP while he was running fourth robbing him of the 13 points he ended up trailing Joan Mir in the championship at the end of 2020.