Jack Miller stormed to his first MotoGP win in five years after guiding his Ducati to victory in the Spanish Grand Prix after long-time leader Fabio Quartararo hit trouble.

Miller last won a MotoGP race in a wet 2016 Dutch TT and has endured a wretched start to life as a factory Ducati rider so far in 2021, but profited from late issues for Quartararo to lead a Ducati 1-2 at Jerez.

Miller used the power of the Ducati to jump Quartararo off the line, with the Frenchman dropping to fourth behind Franco Morbidelli and Francesco Bagnaia.

Quartararo dispatched of Bagnaia at the end of lap two for third and demoted former Petronas SRT team-mate Morbidelli at the same place on the following tour.

The factory Yamaha rider took the lead away from Miller at the final corner one lap later and began to stretch his legs in clean air.

By lap eight Quartararo was close to a second clear and would build his advantage to over 1.5s over the ensuing laps.

Miller’s pace was strong, but he could do nothing to reel in Quartararo, who looked well on course to score his third-straight victory in 2021. 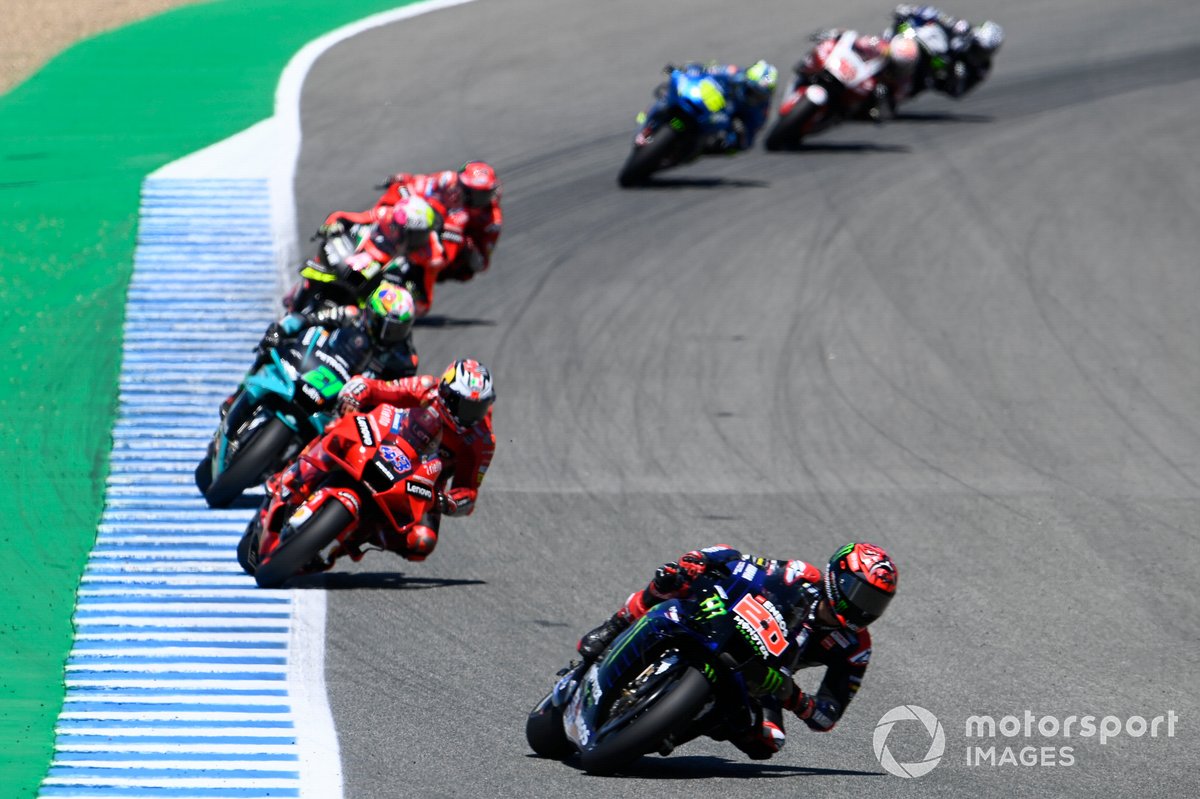 However, on lap 14 Quartararo’s gap was cut from 1.5s to eight tenths and continued to be decimated as the Yamaha rider was struck by a mystery issue.

This left him powerless to stop Miller from coming into the lead at the first corner on lap 16, with Bagnaia pushing Quartararo back to third two tours later.

As Miller moved into a lead of over 1.5s, Quartararo plummeted down the order as he was mercilessly picked off by those around him.

Starting the penultimate lap, Miller’s lead stood at just over a second as his Ducati team-mate Bagnaia ate into his advantage.

Miller responded over the final lap and a half, though, building his lead back up to over a second to hold onto his first win as a Ducati rider and his first since 2016.

Bagnaia stayed mounted to complete a Ducati 1-2 at Jerez, while Morbidelli found himself on the final step of the podium as comfortably the top Yamaha rider on a two-year-old M1.

Takaaki Nakagami leaped up to fourth late in the race on his LCR Honda ahead of world champion Joan Mir on the Suzuki, while Aleix Espargaro’s early podium charge ultimately ended in sixth on the Aprilia.

Maverick Vinales was seventh on his factory Yamaha ahead of Pramac’s Johann Zarco and the works Honda duo of Marc Marquez and Pol Espargaro. 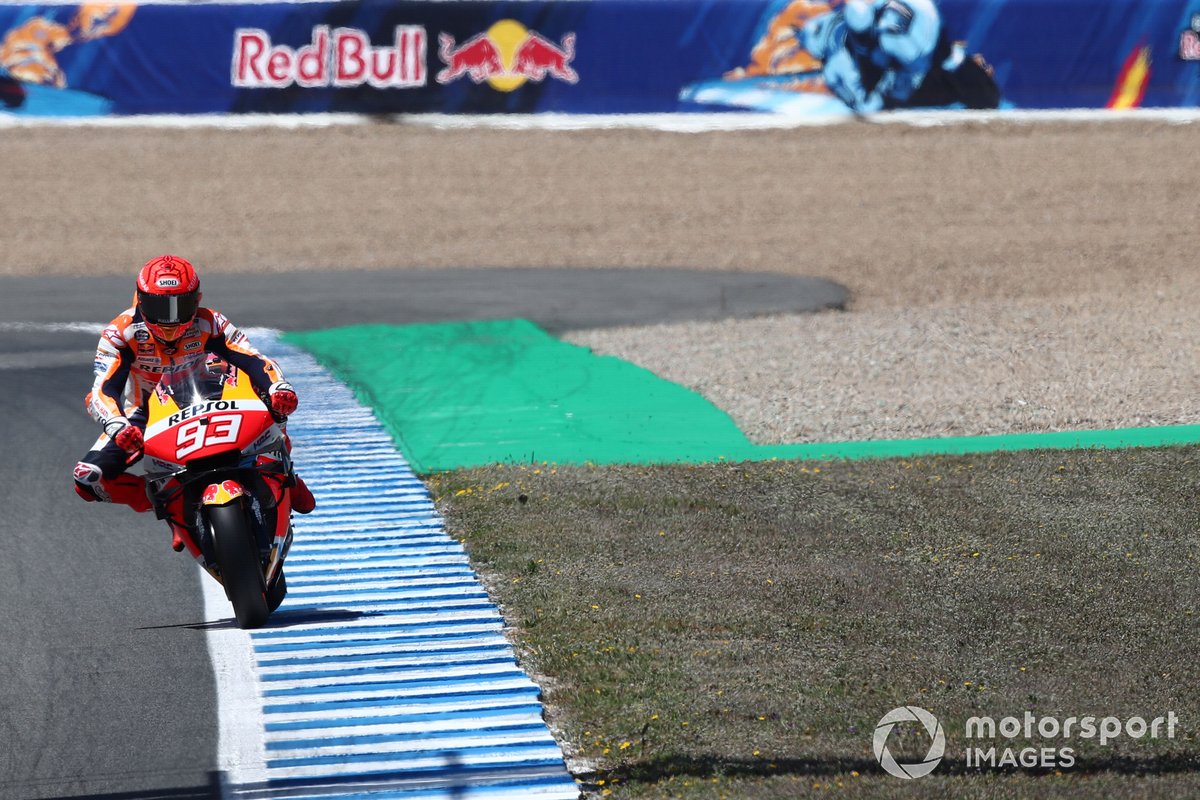 Miguel Oliveira was top KTM rider at the chequered flag in 11th ahead of HRC wildcard Stefan Bradl and the fading Quartararo, with the final points taken by Tech3 pair Danilo Petrucci and Iker Lecuona.

Bagnaia now leads the MotoGP standings by two points from Quartararo, with Vinales a further 16 points adrift in third.