Honda rider Marquez was the first rider to cross the line on the final runs of qualifying, where all the action happened and the majority of the Q2 contenders improved their times.

He had also been fastest after the first runs ahead of Maverick Vinales and Cal Crutchlow, before setting a 1m59.941s just before the chequered flag came out. It was the first sub-two minute lap of Silverstone, with Marquez beating his own lap record from 2015.

That appeared to put him out of sight, but Crutchlow was only 0.165 seconds down with his next attempt despite feeling he made an error in the middle complex. Rossi slotted between them on the front row, missing out on pole by 0.084s.

Vinales also improved but could only manage fourth fastest, ahead of the Ducatis of Jorge Lorenzo and Andrea Dovizioso that set the pace in FP4 just before qualifying. 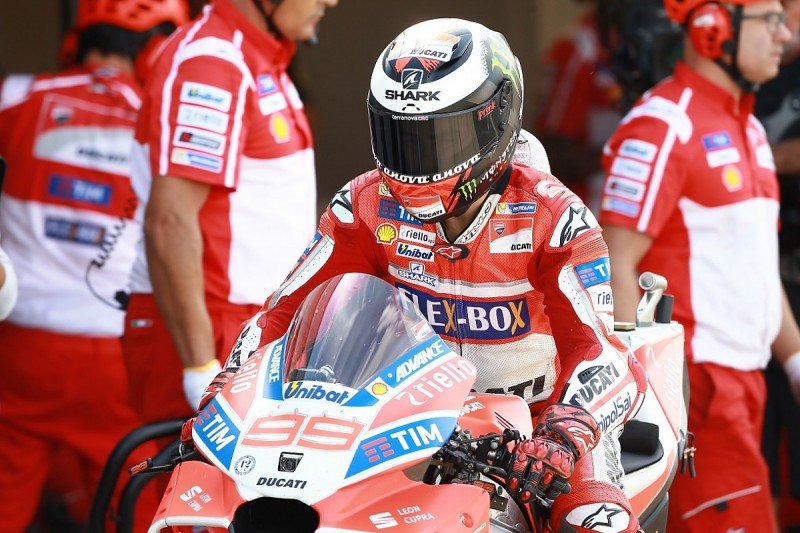 Lorenzo topped that session despite a scare when his first bike failed on track, forcing him to rush back to the pits to get some mileage on his second machine - which he stayed with even when the first bike was returned to the pits and ready for action in time for qualifying.

Dani Pedrosa, who had to advance from Q1 after not making the top 10 in the combined free practice order, was seventh, just ahead of the Tech3 Yamaha of Johann Zarco.

Aleix Espargaro and an unwell Jonas Folger - who joined Pedrosa in making it through from Q2 - completed the top 10. KTM's Pol Espargaro, who crashed at Brooklands, and Pramac Ducati's Scott Redding completed the Q2 field.

The most notable incident in Q1 was a fall at Farm for Danilo Petrucci, who made it back to the pits to try his second bike but could only manage eighth in that session.