Valentino Rossi admits he is “very sad” he could do no more than 18th in the British Grand Prix on his final appearance in the UK as a MotoGP rider.

The Petronas SRT rider enjoyed one of strongest weekends of the year through practice and qualifying on his Yamaha, putting his M1 eighth on the grid.

But the cooler temperatures experienced of race day compared to the rest of the weekend forced Rossi into running the medium rear tyre instead of his preferred hard option.

Making a strong start inside the top eight, Rossi says he experienced a dramatic drop in grip as the race wore on, as if his tyre “burned”, and he plummeted to 18th as he lapped over four seconds off his best pace in the final laps.

Rossi says he’d hoped to have a stronger final outing at Silverstone and the fact he didn’t was “a great shame”.

“I was quite strong during all the weekend, and I feel good with the bike and I had decent pace,” Rossi said. “We know that starting with the medium for us is a bit more difficult because it was better with the hard.

“But today was very cold, so we needed to go with the medium.

“So, I expected we could have more problems but not like this. I started well finally, and also in the first laps I was in the [lead] group, this is important.

“I was more or less in the place where I expected, where I could fight with my pace, around seventh, eighth, ninth place I think.

“But after five, six laps the rear tyre dropped incredibly. 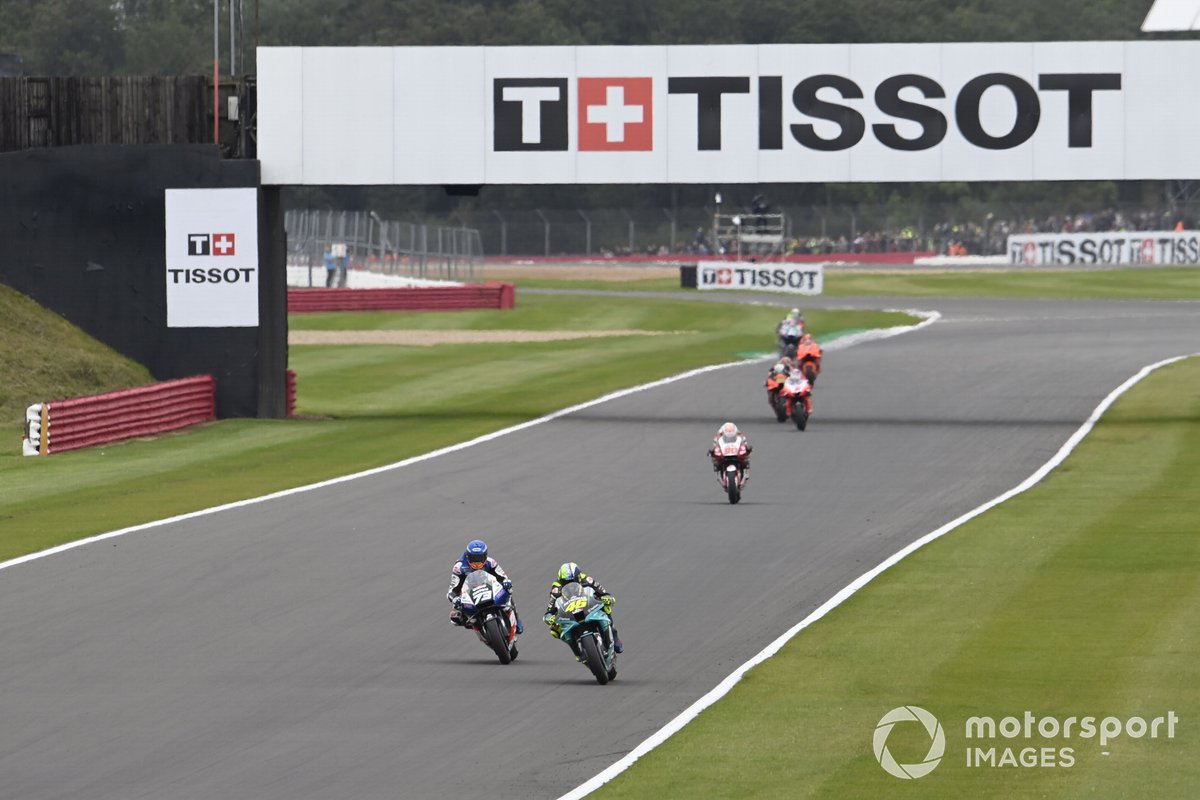 “On the right I didn’t have any more grip. It’s like the tyre burned, and after the rubber lost a lot of performance.

“I started to lose one, two, three seconds a lap. I tried to arrive to the end, but I was very, very slow.

“It’s a great shame, I’m very sad because I wanted to try to make a good result here because I like the track and it has a good atmosphere with a lot of fans around the track.

“And especially because I felt good with the bike because this track is very fast, has technical points, and during the weekend I was always competitive. I wanted to try to arrive in the top 10, but it’s like this.”

“I know that with the medium it’s a bit more difficult for us because yesterday I was faster with the hard, but you cannot choose.

“You had to race with the medium because today was very cold.”