Valentino Rossi has reacted to the "disaster" post-race for his VR46 Moto2 and Moto3 riders in the Andalusian Grand Prix, which included an embarrassing collision and a prosecco-related podium injury 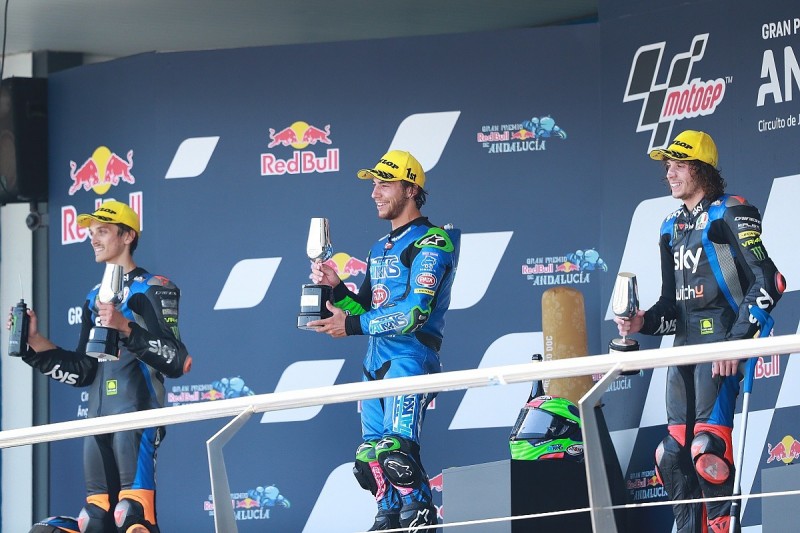