Valentino Rossi doubts he’ll race for his own VR46 team in MotoGP on a Ducati, and admits it’s “very difficult” for him to continue his career at all in 2022.

On Thursday ahead of this weekend’s Dutch Grand Prix the VR46 team announced a tie-up with Ducati for the next three seasons, with Rossi’s squad joining the premier class full-time in 2022 having backed Luca Marini’s Avintia ride this season.

Nine-time grand prix motorcycle world champion Rossi is yet to decide on his racing future, with it looking unlikely he will remain with Petronas SRT and Yamaha having endured his worst season to date in 2021 – scoring just 17 points from the first eight races.

The VR46 announcement press release on Thursday featured a quote from the Saudi Prince backing the team – Prince Abdulaziz bin Abdullah Al Saud – stating “it would be fantastic for me if Valentino Rossi could compete in the next few years as a rider in our Aramco Racing Team VR46”.

Rossi said on Thursday the Prince has been pushing him for some time to race his own bike, but the Italian doubts this will happen.

“I’ve still not decided because I will think more deeply during this break,” Rossi said of his MotoGP future.

“I also have to speak with Yamaha and the team [SRT]. But we want to try for a better performance and a better result for sure.

“So, the start of this season until now under this point of view was not fantastic, so I think it will be very difficult that I will race also next year.

“Yes, always the Prince push on me to race in my team next year with the Ducati, but at the moment I think it will be very difficult."

He added: “About the Prince, we spoke sometimes and he always pushed me to ride next year.

“I didn’t expect he’d say it in the press release, sincerely. 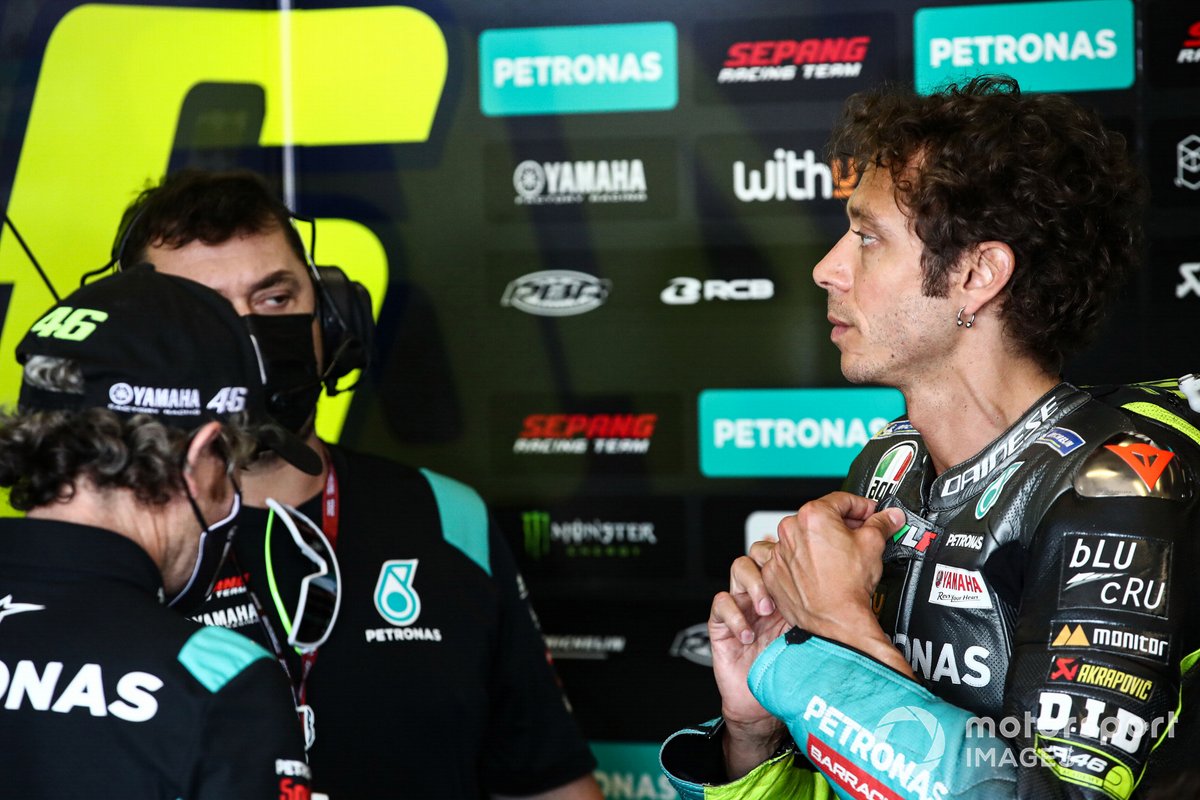 “But I know that he wants to try this with me and my brother [Luca Marini], but I use the same word for the chance to – not to race with the Ducati – but in general to race next year with my team, I think it will be very, very difficult.”

VR46 engaged in discussions with Ducati, Yamaha, Suzuki and Aprilia about a satellite partnership in 2022, with the former two brands emerging as the main candidates.

Rossi says VR46’s decision to go with Ducati laid in how the company and the Italian marque can work together to help grow Italian talent in MotoGP.

“At the end it remains Yamaha and Ducati and we decided Ducati, but first of all when we speak together we have a very good relationship with [Ducati sporting director] Paolo Ciabatti, that always works at this project, but also [general manager] Gigi Dall’Igna.

“They will do a great effort next year with a lot of bikes, the bike is competitive.

“I think in the end it’s because we have more things to share with Ducati, especially with growing up Italian riders.

“I think this was the main reason in the end.”

Rossi also said “in my heart” he will remain a Yamaha rider, but wouldn’t be drawn into whether VR46’s tie-up with Ducati would end his ambassadorial role with Yamaha.