Honda’s Marc Marquez says he “cannot expect” to repeat his Germany victory in this weekend’s MotoGP Dutch Grand Prix, admitting he will be “back to our real situation”.

Marquez claimed a sensational win last time out at the Sachsenring, 581 days after his and Honda's most recent success at the 2019 Valencia finale, the first since his career-threatening right arm break at Valencia last July.

But the Honda rider expected to be strong at the Sachsenring due to its anticlockwise layout easing the strain on the right shoulder he has been struggling with in 2021.

As Assen features 12 right corners and only six left-handers, Marquez expects to struggle once again.

“Of course, it was an important victory last Sunday,” he said on Thursday at Assen.

“The most important – or hardest – moment of my career and this victory arrived in a very important moment because we were in a very deep situation and this gave to us extra motivation, especially to me but to the team to Honda because it was also a long time [for Honda] without a victory.

PLUS: How Marquez beat his Honda in his heroic MotoGP comeback win

“I think here we will come back to our real situation, but anyway that victory was important before the summer break.

“We will try to pass the Assen circuit and then we will have more than one month to continue our programme, our process and let’s see if we can ride in a better way than Mugello and Montmelo.

“But I cannot expect to be on the same level as Sachsenring.”

When asked by Autosport if he could accept to suffer a little more again, knowing he is still capable of winning, Marquez says pushing like he did in Germany will likely lead to him making mistakes – like his race-ending crashes in France, Italy and Barcelona. 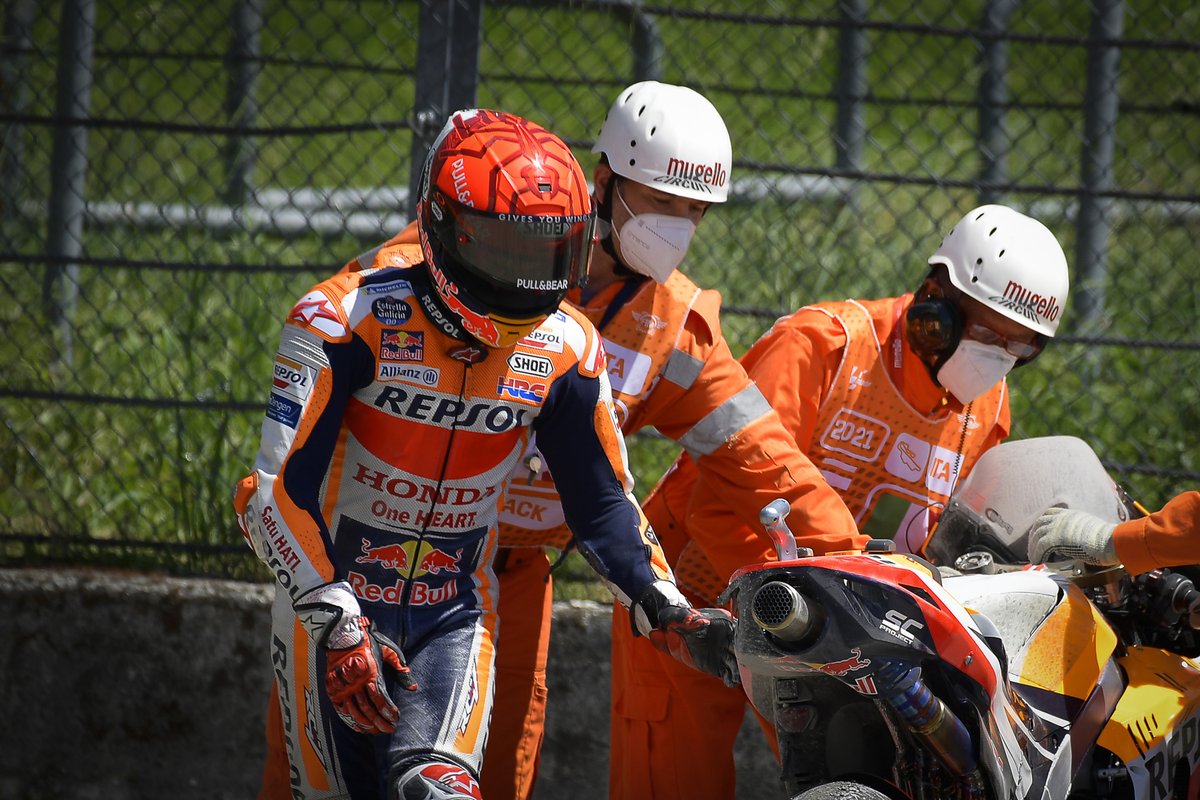 As a result, his aim is to simply crack the top 10 again this weekend.

“But if I want to suffer or if I try to suffer, I will crash again like Mugello, Montmelo – this is the reality. In Sachsenring I was riding very smooth, very precise.

“I know very well this track, that track was also mostly left corners – only three right corners – and if I had some reaction from the bike, I could control it in a good way.

“But here you can suffer for five, six, seven, 10 laps, but in the end if you want to suffer for all the race, it’s easy to make a mistake.

“So, let’s see. Of course, it [the win] was a great motivation on the mental side and we are convinced now that we can do it – but in the future, not now.

“This will be the target, try to do a step but do a step comparing to Mugello, Montmelo – not Sachsenring. This means [trying] to be in the top 10, not better.”