Rossi cleared to return for rest of European MotoGP at Valencia

Valentino Rossi has been cleared to return to MotoGP action at the European Grand Prix from Saturday after passing his second COVID-19 test in 24 hours.

The nine-time grand prix motorcycle world champion was forced to miss the Aragon double-header last month after testing positive for the virus at home in Italy ahead of the Aragon GP.

The Yamaha rider once again tested positive for the virus on Tuesday of this week, which prompted the Japanese manufacturer to put World Superbike rider Garrett Gerloff on standby as his replacement.

Rossi did pass a COVID-19 test in Italy on Thursday and could leave his quarantine to head to Valencia, where he underwent a second PCR test this morning.

Due to the time needed to process the result, Rossi was forced to sit on the sidelines for Friday's running at the Ricardo Tormo Circuit.

Yamaha has confirmed via its social media channels Rossi has been cleared to ride this weekend.

Gerloff did get to taste MotoGP machinery on Friday in place of Rossi, ending the wet FP1 session a respectable 16th, and was just 1.5 seconds off the pace in the drying FP2.

These sessions marked the first appearance for an American rider in MotoGP since the late Nicky Hayden stood in for the injured Dani Pedrosa at Phillip Island back in 2016.

Gerloff's impressive run in the afternoon session put him inside the top five at one stage before he was shuffled back down the order. 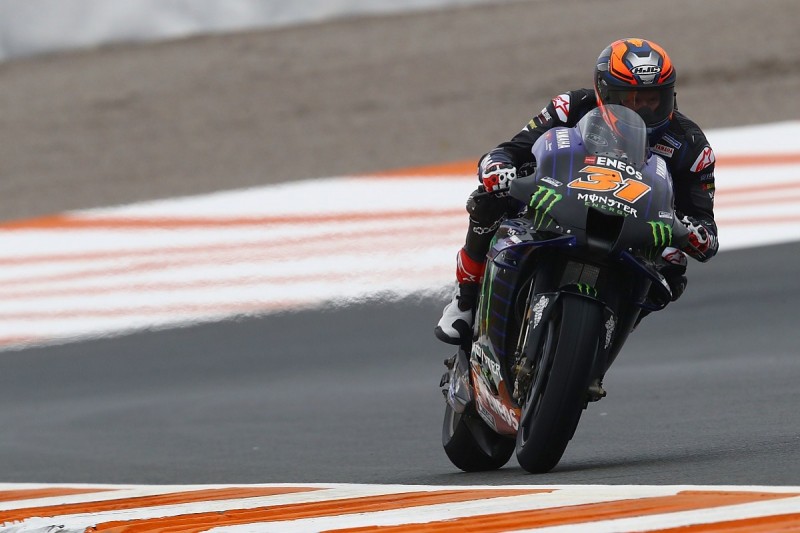 The American made his WSBK debut with Yamaha's satellite squad GRT in 2020 and managed three podium finishes at the Catalunya and Estoril rounds to end up 11th in the championship.

Rossi will return to action amidst a storm of controversy at Yamaha, after it was found guilty of running illegal engines at the Spanish Grand Prix.

Yamaha broke the engine freeze rule ahead of the first Jerez round to fit new valves to its some of its engines on reliability grounds.

But having not gained unanimous support from the manufacturers' association to make such a change - which Yamaha called an "internal oversight" - this contravened the rules and it was docked 50 constructors' championship points, while the factory squad and Petronas SRT were stripped of 20 and 37 teams' title points.

Yamaha insists it did not unseal its engines with any "malintent", and that the valves they swapped were of identical design to the ones homologated pre-season.

To add to this, Maverick Vinales will have to start from pitlane on Sunday at Valencia after Yamaha was forced to exceed his engine allocation and fit a sixth motor.

How Yamaha's engine debacle may cost it the 2020 MotoGP title