Rins will keep "chipping away" until MotoGP title hopes end

Alex Rins says he'll keep "chipping away" until his MotoGP title hopes have vanished in the remaining two rounds, after finishing second in the European Grand Prix

Alex Rins says he'll keep "chipping away" until his MotoGP title hopes have vanished in the remaining two rounds, after finishing second in the European Grand Prix.

The Suzuki rider led for 16 of the first 17 laps in Sunday's race before surrendering the lead to his team-mate Joan Mir, who went on to score his first MotoGP victory.

That has allowed Mir to open up a 37-point championship lead with just 50 remaining from the final two races, with Rins joint-second in the standings now with Fabio Quartararo.

An outsider in the championship having been 32 points behind Mir ahead of Sunday's European GP, Rins hasn't given up on his hopes despite the unfavourable maths.

"The maths says 50 [points remain], these are the points at stake," Rins pointed out. "Joan is having a great season, with many podiums, but why not [go for the title still]?

"We are going to continue chipping away until the end."

Rins lost the lead to Mir on lap 17 when he ran wide into the Turn 11 right-hander - a result of knocking down to first gear instead of second. 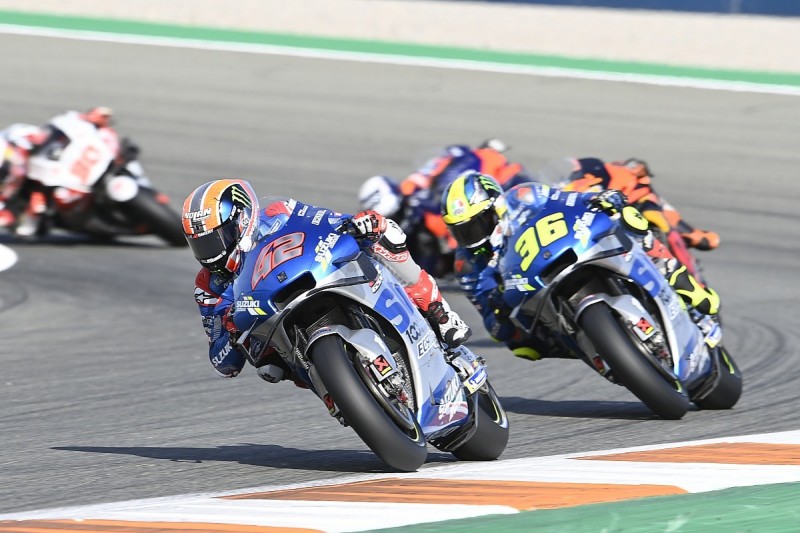 From there, Mir was able to open out his advantage to over a second at one stage and kept Rins at bay through to the chequered flag.

"Well, I think it was amazing to finish again on the podium," Rins said after his fourth rostrum result in five races.

"We took 20 good points for the championship. Let's see these last two races, but I feel quite comfortable with the bike.

"We did a really good job in a lot of parts of the race and we finished in second position.

"For sure I would have liked first position, but I made a small mistake on corner 11 with the gear and this cost me the first position.

"I tried to hold this gap with Joan, but he was able to ride a bit faster compared to me. But we are on the good way."

Suzuki now stands on the edge of scoring its first MotoGP crown since 2000 with Mir, but Rins says no discussions of team orders have been had and both riders have simply been warned to avoid "ugly fights" in the final races. 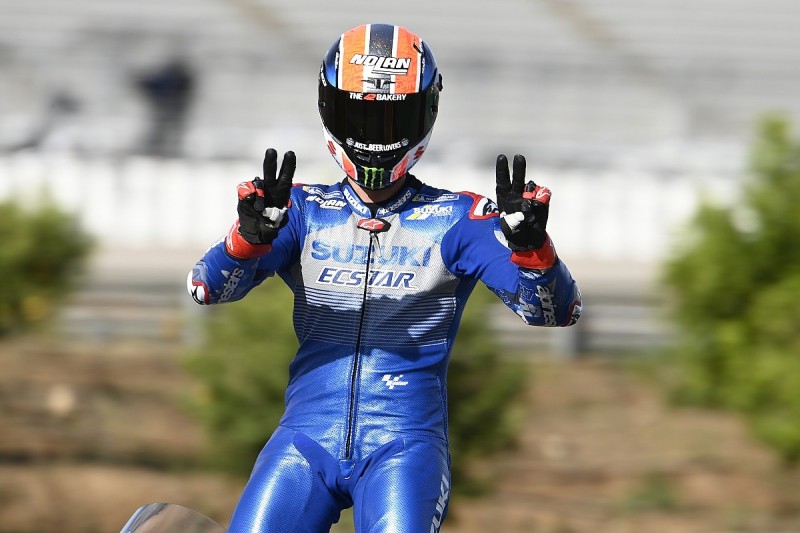 "In the end, they made it clear to us: you have to be respectful on track, without ugly fights or elbows," he added.

"But there we are, we continue to fight mathematically for the world championship."

Suzuki's first 1-2 in the premier class since 1982 means the Japanese marque also holds the lead in the teams' and the constructors' championship and is heading towards stripping Honda of all three titles it won last year.