Aprilia’s Aleix Espargaro has revealed riders have been pushing for MotoGP’s track limits rules to be made stricter than they currently are.

MotoGP’s current track limits rules state in races a rider can run onto the green run-off area outside of the kerbs three times before receiving a warning.

A rider is then permitted to one more breach of track limits before a fifth violation nets them a long lap penalty – or a time penalty, should the transgression happen too late for a penalty loop to be served.

MotoGP clamped down on the policing of track limits for 2021 by installing pressure sensors on the green run-off areas to more accurately judge riders breaching the rules and stop them from ostensibly gaining an advantage.

However, MotoGP’s track limits rules have come under fire in recent races, particularly for a series of incidents in Mugello. 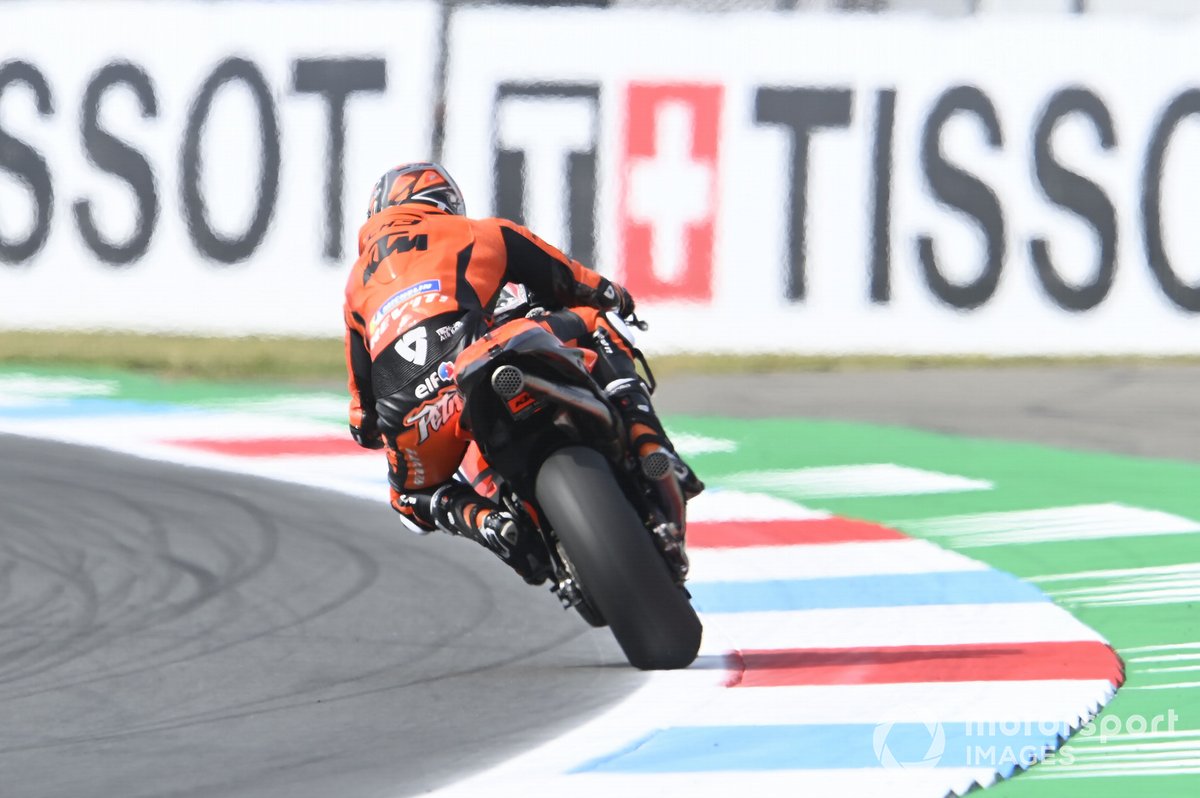 In the Moto2 race Joe Roberts lost a podium for running onto the green painted area on the final lap at Turn 6 as Race Direction deemed riders gained 0.5s doing so at that point of the circuit.

And in MotoGP, Miguel Oliveira was demoted to third behind Joan Mir for doing the same as Roberts only to be promoted back to second again when the Suzuki rider was found to have committed the same offence.

Addressing rumours of a potential change to track limits rules, Espargaro said on Friday at the Dutch Grand Prix that discussions were ongoing to make the regulation stricter.

“My opinion is that, if I decided the rule, [riders could only have] one [run onto the] green and the second one [would warrant] long lap penalty,” Espargaro said.

“Why should you have four chances to touch the green?

“In the past it was very slippery, was not asphalt. So, if you touched it once you’d lose three, four seconds, or if it was here in Assen and it was raining the night before you can crash.

“So why do we allow them to touch [the green] four times?

“I don’t understand this rule, so we are pushing a lot in the past few months to remove it.

“I hope that ok one chance, in terms of safety, but on the second one [you get a] long lap penalty.

“They have to decide and I hope it’s going to be like this.”

Championship leader Fabio Quartararo has previously said in regards to track limits that MotoGP was going overboard with this rule, taking particular aim at a three-second penalty he got in Barcelona for cutting the first chicane and not ceding a second to Ducati’s Jack Miller.

The pair had a tense exchange over this rule during the pre-event press conference last week in Germany, where Miller noted riders in the Safety Commission pushed for more to be done about track limits as it was a matter of safety.