Marquez, who had a carbon-reinforced chassis on both of his bikes, beat his own benchmark from Friday soon after the session began with a 1m23.788s as he and Valentino Rossi locked out the top two for most of the Saturday morning session.

Rossi was only 11th in the combined order after Friday, but was quickly able to move into the top 10 with a time of 1m24.250s.

The rest of the field started to cut Marquez's into sizeable gap towards the end of the running, with Andrea Dovizioso and Fabio Quartararo taking turns in second place before Vinales went quickest.

But Marquez then switched to a new soft rear tyre and then quickly retook the lead by over three tenths with a 1m23.251s.

There was no further response from Vinales afterwards and it was Marquez leading the Yamaha man as the session ended. 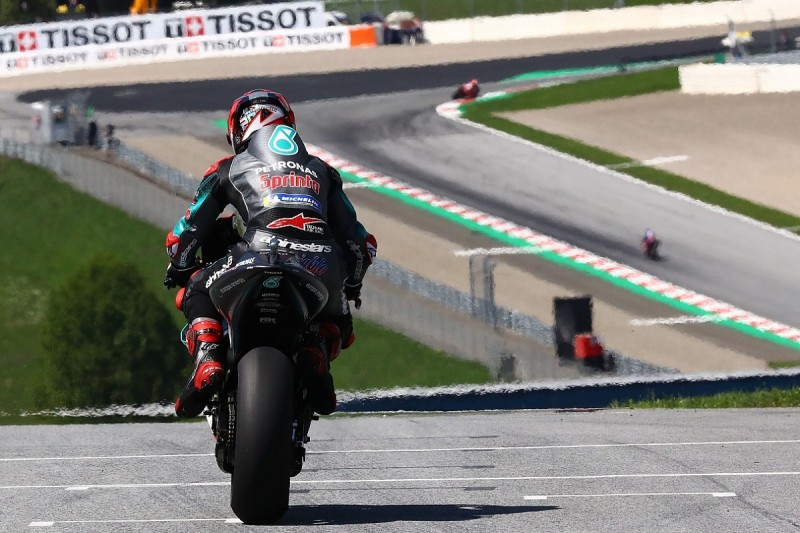 Takaaki Nakagami was eighth for LCR Honda ahead of the sole Suzuki of Alex Rins and KTM's Pol Espargaro - who set his best time while following Miller and Marquez.

That put Espargaro ahead of Cal Crutchlow by half a tenth and consigned the Briton into Q1.

Miguel Oliveira was an impressive sixth on Friday on the Tech3 KTM but he dropped to 12th in the combined order after practice three.

Jorge Lorenzo's works Honda stand-in Stefan Bradl was the only rider who failed to improve his overall laptime in the session, ending up only 20th.

Pramac Ducati's Miller: Lorenzo rumours hit me like a ton of bricks