Quartararo has won three grands prix in 2020, but has scored just one other top five from the 12 races run so far.

That inconsistent form has cost him the championship lead he held for much of the year to Joan Mir at Aragon - having also briefly lost it after the San Marino Grand Prix to Andrea Dovizioso.

This is in stark contrast to his form in his rookie campaign in 2019, in which he scored seven podiums across the campaign.

With his title hopes all but over following a crash in the European GP, which cast him 37 points adrift of Suzuki's Mir, Quartararo admits "a lot" has to change at Yamaha for 2021.

PLUS: Where it all went wrong for 2020's MotoGP title favourite

Due to COVID-19 cost-saving measures, Yamaha won't be able to develop a new engine for 2021.

Quartararo is "worried" about this, but hopes to be able to use his 2019 machine if the rules allow. 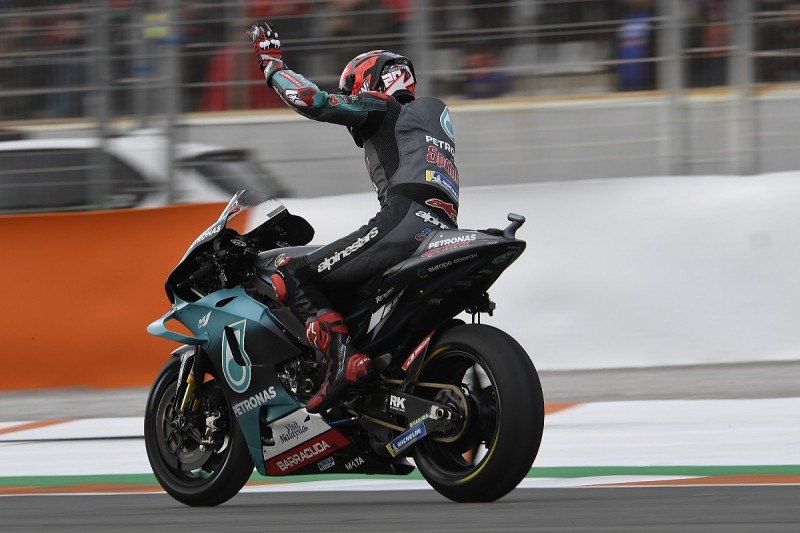 "I'm worried but I'm hoping to see if we can use last year's bike, if that's possible or if we have to keep exactly the same one as this year," Quartararo said, when asked about the engine freeze.

"But what is certain is that we have to change a lot of things in the way we work, not really in the team but in general with Yamaha."

Factory Yamaha counterpart Valentino Rossi said last weekend the engine freeze is "not an excuse" for Yamaha not to improve its motor in 2021.

Quartararo's Petronas SRT team-mate Franco Morbidelli currently rides what is essentially the 2019 M1, winning two races on it and scoring the most points of any Yamaha rider since the San Marino GP.

Quartararo admitted last Sunday the 2020 M1 never felt like it was his bike from his very first laps on it in testing.

"Actually, my first laps with the 2020 bike in really dry conditions - like I say the 2020 bike changed a lot from last year - I didn't really feel like the bike was mine," he said.

"When the bike is directly good from FP1, we make small changes and everything is perfect.

"But when you start and it's difficult, you are lost."