Newly-crowned MotoGP world champion Fabio Quartararo says his win at Mugello was "the key point" to his 2021 title tilt because of the confidence it gave him.

Yamaha rider Quartararo came from a career-worst 15th on the grid to win the 2021 title in Sunday's Emilia Romagna Grand Prix after championship rival and long-time race leader Francesco Bagnaia crashed out with four laps remaining.

Quartararo has been ultra-consistent in 2021, winning on five occasions and taking five other podiums, while finishing every race in the points.

But he says the day he won at Mugello, a circuit which exposed Yamaha's straightline deficit, proved to be the key moment in his path to the 2021 title.

"For me the key point was Mugello when we won, because Bagnaia was super strong," Quartararo noted. "He made a mistake on the second lap.

"And I had a fight with Johann [Zarco], and that was the key point I think where I took a lot of confidence back." 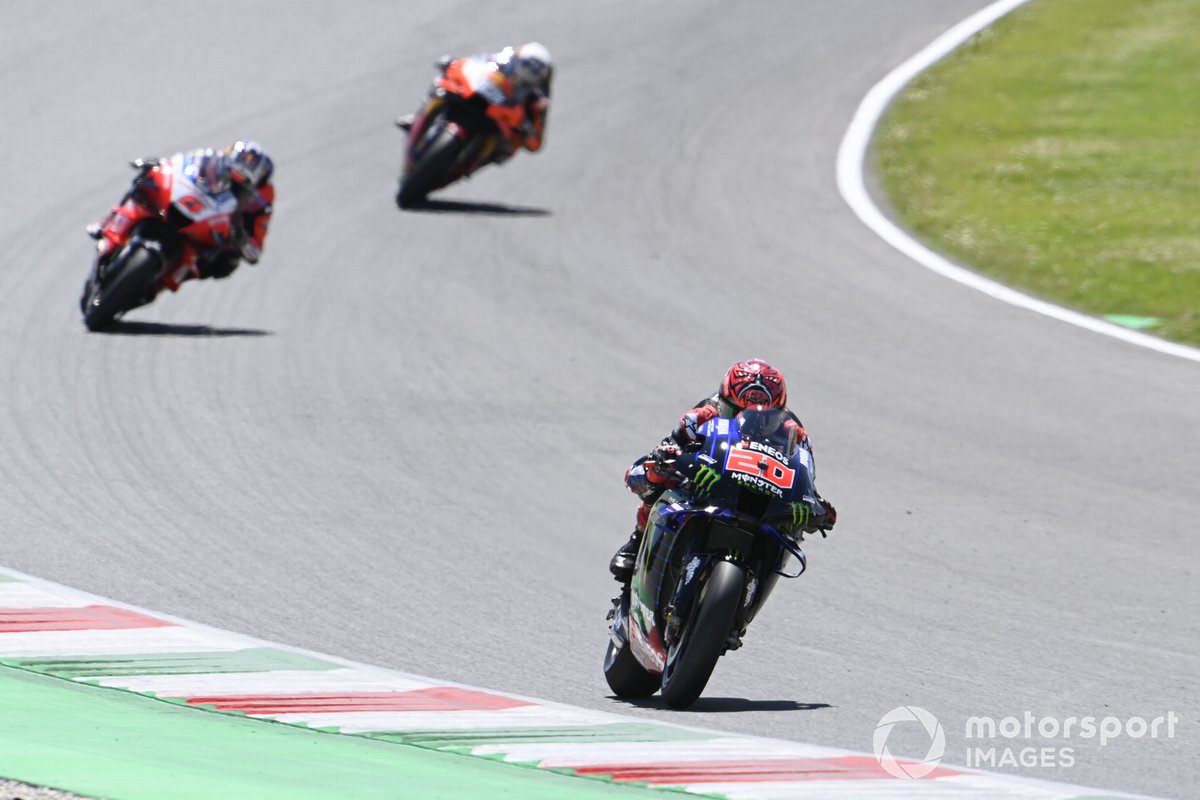 Quartararo's 2021 season is in stark contrast to his 2020 campaign, where a wretched final six races saw him plummet from leading the championship to ultimately finishing eighth in the standings.

He has talked at length this year about the work he did with a sports psychologist over the winter in order to remain calm in difficult moments in 2021, and he once again explained how this helped him to championship success this season.

"I think this year I never really got angry," he added.

"Last year I remember in Valencia the bike was not working at all, and I arrived to the box and I was not shouting, but telling my crew chief 'No, it's not turning, I can't brake, I can't accelerate'.

"But then my crew chief said, 'OK, now you are angry, but you need to tell me what is going on because if we need to improve something we can improve the braking, the turning, the exit'.

"So, I say 'OK, this is true', so I needed to think. And when you are angry you can't describe what are your problems.

"This year, every time I had a problem… I remember really well at Assen in FP2, when Maverick [Vinales] was half a second faster than us, I stayed so calm and at the end we won the race.

"And when you see being calm brings you to that kind of result, you want to think like that. Even if you are in a bad moment, stay calm and you will make a step.

"Being calm, I think, was something that made me grow a lot and that's why this year I stayed calm.

"Of course, there were some moments where I was super-angry, like yesterday when I finished P15. I could have shouted, screamed, whatever. I didn't want to take the risk enough in Q2, so P15, that's where I am."