Runaway MotoGP points leader Fabio Quartararo says he’s not worried about suffering another disaster at the Aragon Grand Prix like the one which befell him last year.

The factory Yamaha rider comes into this weekend’s Aragon GP holding a commanding 65-point lead in the championship after dominating the British GP at Silverstone for his fifth win of the season.

Going forward into the final six races, Quartararo only needs to finish third in each of them to be guaranteed the title.

But Aragon was not a happy hunting ground for Quartararo in the 2020 double-header at the circuit, due to tyre issues on his inconsistent Petronas SRT-run M1. He registered a career-worst 18th in the Aragon GP and finished a distant eighth to team-mate Franco Morbidelli on the older Yamaha in the Teruel GP.

This ultimately began a run of races to the end of the campaign which unravelled Quartararo’s title hopes and would leave him eighth in the standings.

Though admitting Aragon remains a circuit not favourable for him, Quartararo is confident a repeat of his 2020 misery won’t happen this weekend.

“I’m in a totally different situation compared to last year,” he said on Thursday at Aragon.

“In 2019 I did a not bad race, but now I have a totally different feeling on the bike and different situation.

“I feel much better, so this is not my favourite track but also this year at tracks that I didn’t like I was pretty fast.

“I think it’s not so important. It’s not my favourite place here, but of course I will make the same work as always and try to fight for the best position.” 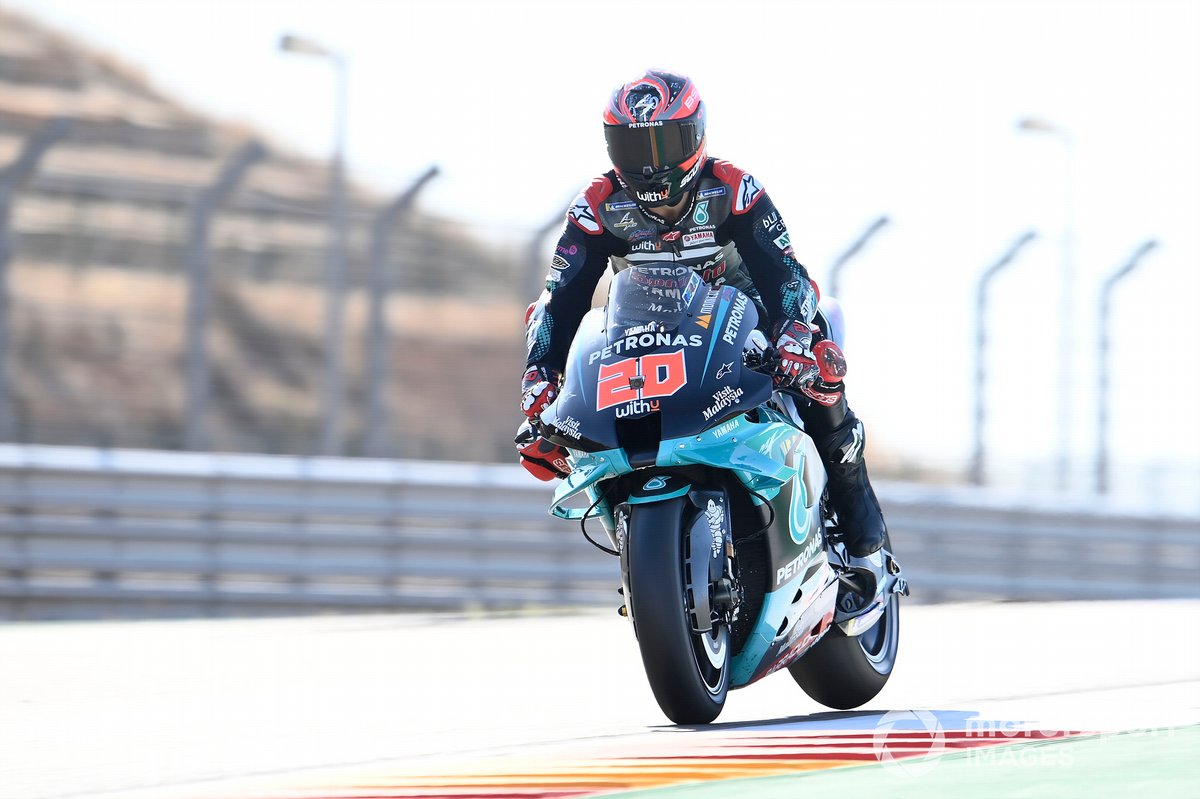 When asked what the biggest difference was between this year and last season, Quartararo added: “I think what I didn’t have last year [was] the consistency, because we were fast in Jerez, Barcelona, even in Misano.

PLUS: The other Austria 'shock' with major repercussions in MotoGP

“But it was just up and down, and this year I’m really consistent and it’s changed a lot.

“I think that to fight for the championship, it’s the main key.

“So, if I need to say something it’s the consistency that I’ve been able to maintain this year.”

Quartararo’s interim team-mate for this weekend’s Aragon GP will continue to be test rider Cal Crutchlow, following Maverick Vinales' exit from the team. His 2022 replacement Morbidelli will make his factory Yamaha debut next weekend at Misano, after recovering from a knee injury.

Crutchlow confirmed on Thursday at Aragon that for the rest of the season Silvano Galbusera will not be his crew chief at the test team, with the ex-Valentino Rossi ally working with Morbidelli for the remainder of 2021.

However, the plan remains for Galbusera to return to being his test team crew chief next year.