Marquez, unbeaten at the Sachsenring in various classes of grand prix racing since 2009, established a big lead five minutes into the session and proceeded to better his lap on several tours.

The Honda rider eventually set his best effort of 1m21.464s, with only Suzuki's Alex Rins joining him below the 1m22s barrier with a 1m21.967s lap.

The top two remained unchanged until the final two minutes of the session when Yamaha's Valentino Rossi and Quartararo moved in front of Rins.

Quartararo was then able to edge Marquez out by 0.074s to top FP1 with a 1m21.390s lap, before ending his session with an off-track excursion at Turn 8.

Marquez was second, with Rossi beating Rins by 0.003s for third. 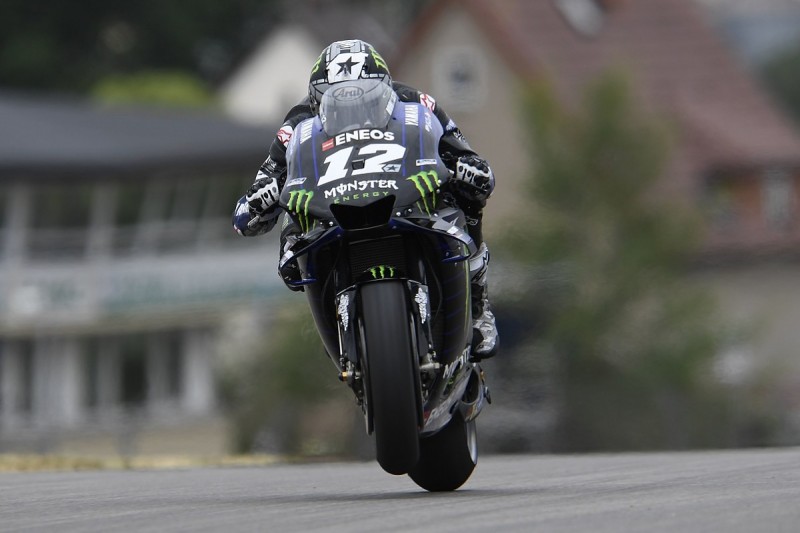 Maverick Vinales was the third Yamaha in fifth, over eight tenths off the pace, with Andrea Dovizioso leading Ducati's efforts in sixth.

Pramac Ducati's Jack Miller took seventh ahead of the Aprilia of Andrea Iannone and the injured LCR duo of Takaaki Nakagami and Cal Crutchlow.

Pol Espargaro was the top KTM rider in 11th and was just over one second off the pace.

Francesco Bagnaia was the only rider to crash after the Pramac rider fell at Turn 8.