Miller's transition from Honda to Ducati this year initially looked seamless as he finished inside the top 10 in all of the first five races, finishing fourth in both Argentina and France to sit sixth in the standings.

But Miller crashed on the second lap of the Italian Grand Prix and then also retired from the Catalan GP due to a mechanical problem.

Miller then scored just 12 points in the next three races, finishing 18th in Austria, and admitted his confidence was knocked as he fell to 12th in the standings.

"It is just a low point, we're all human," he said. "If I could put it down to one thing I'd definitely fix it, but no, I'm looking in all areas that's for sure.

"I can't tell you exactly what this is. The feeling with the bike was great up until Mugello, and then after the crash in Mugello and the mechanical thing [in Barcelona], it just knocked my confidence off.

"I'm just trying to find that confidence, it's just working at it."

Miller added his form has been tough to accept: "It is difficult to deal with, it is stressful because you have a lot of people asking questions.

"The self-belief is still there and I am the same person I was at the start of the season, working just as hard if not harder." 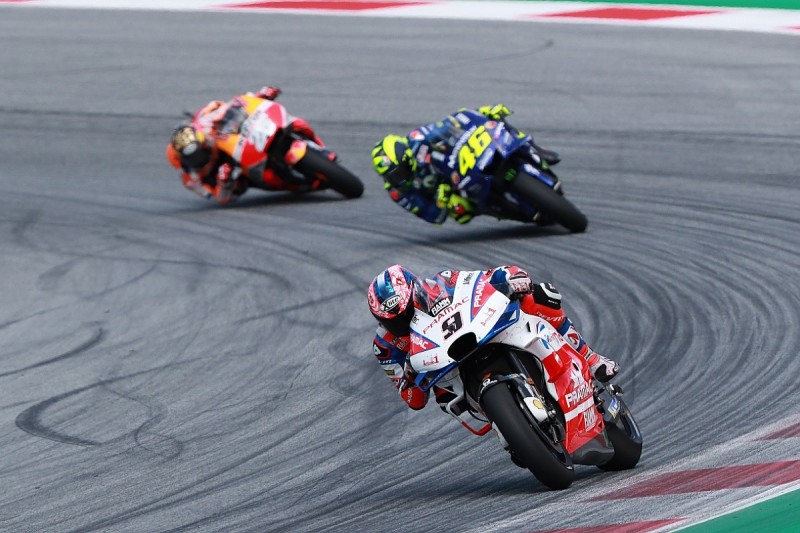 Miller's team-mate Danilo Petrucci also struggled in Austria, describing his final 10 laps as a "nightmare" as he struggled with fuel and tyre consumption.

Petrucci finished fifth after spending much of the race vying with Cal Crutchlow's LCR Honda to be the best privateer.

But Petrucci was forced to back off in the latter stages and finished four seconds down on Crutchlow and just nine-tenths of a second ahead of Yamaha's Valentino Rossi.

The Pramac man is now the top independent rider in the championship but says he was "lucky" in Austria.

"The last 10 laps were a nightmare," he said. "Fortunately I created some gap with [Alex] Rins and Rossi started so far [back]. I was lucky I was in front because in the last 10 laps I struggled a lot.

"I suffered [on] all the things, but most of all was the tyre consumption on the right side.

"Rossi gained almost one second per lap in the last five laps, with another lap I don't know how we would have finished.

"This is my least favourite track. Twelve kilos more [weight] on all the braking areas is so high, I stressed the front tyre a lot and the rear tyre overheated.

"We struggled with fuel consumption, I had to race with low power and this didn't help me on these long straights."