Vinales could only qualify 11th for the Red Bull Ring round, with that result - combined with Valentino Rossi's failure to escape Q1 - prompting Yamaha project leader Kouji Tsuya to make a public apology to both of the team's riders.

Rossi recovered to sixth in the race, but Vinales went backwards - slumping as low as 16th in the early laps before finishing 12th, which equalled his worst finish since joining Yamaha.

"It was more bad than usual," said Vinales, describing his race.

"There are problems there but I don't how to solve them. I tried with the riding style but is not possible.

"[It's] impossible to enjoy - I don't enjoy seeing myself 12th. I want to go to the next track that I really like, Silverstone, and just ride."

Tsuya believed sensor problems "destroyed Maverick's concentration" and might have contributed to Vinales's woes, but the 23-year-old said his concerns went further.

"It looks like [the sensor issue] was fixed, but [the bike was] not set up well for the track," said Vinales.

"We have much more problems than sensors, so we're gonna try the best in Silverstone." 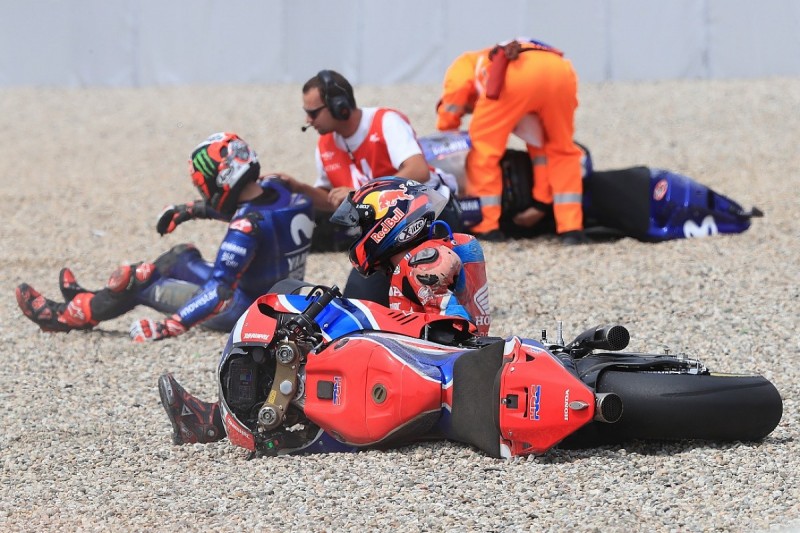 Vinales was forced to skip the most recent test at Brno after injuring his shoulder in a crash on the opening lap of the Czech race, having been caught up in a melee triggered by Honda wildcard Stefan Bradl.

The Spaniard will test privately at Misano on Sunday, but said he does not expect to try any significant new parts.