However, his pole time was stripped from him after he was deemed to have set it while travelling through a yellow flag zone at the Craig Jones corner where KTM’s Miguel Oliveira had crashed.

Bagnaia was dropped from pole to 11th as a result and claims it was “impossible” to see the yellow flag to his right as he was leaning to the left at that point.

MotoGP tightened up its yellow flag rule last season, with any lap set by a rider who has passed a caution automatically having that time deleted.

Espargaro sympathised with Bagnaia, but feels the rule has to be enforced because “you can kill a marshal” if you crash while pushing through a yellow flag zone.

“You cannot go in the brain or the eyes of Pecco, so I will trust him is he says he couldn’t see it,” Espargaro said. “But we have rules for safety. [On Friday] I crashed in Turn 11 I think and a lot of riders closed the throttle.

“Pecco was wide in that corner and went wide when I was in the gravel trying to pick up the bike with marshals.

“So, the rule is the rule and I think Dorna has to be even more strict.

“If there is yellow flags, it’s because somebody is on the ground. If they crash, you can kill a marshal.

“So, I feel sorry for them because I know he did an incredible lap and achieved the pole position. But it’s very dangerous.” 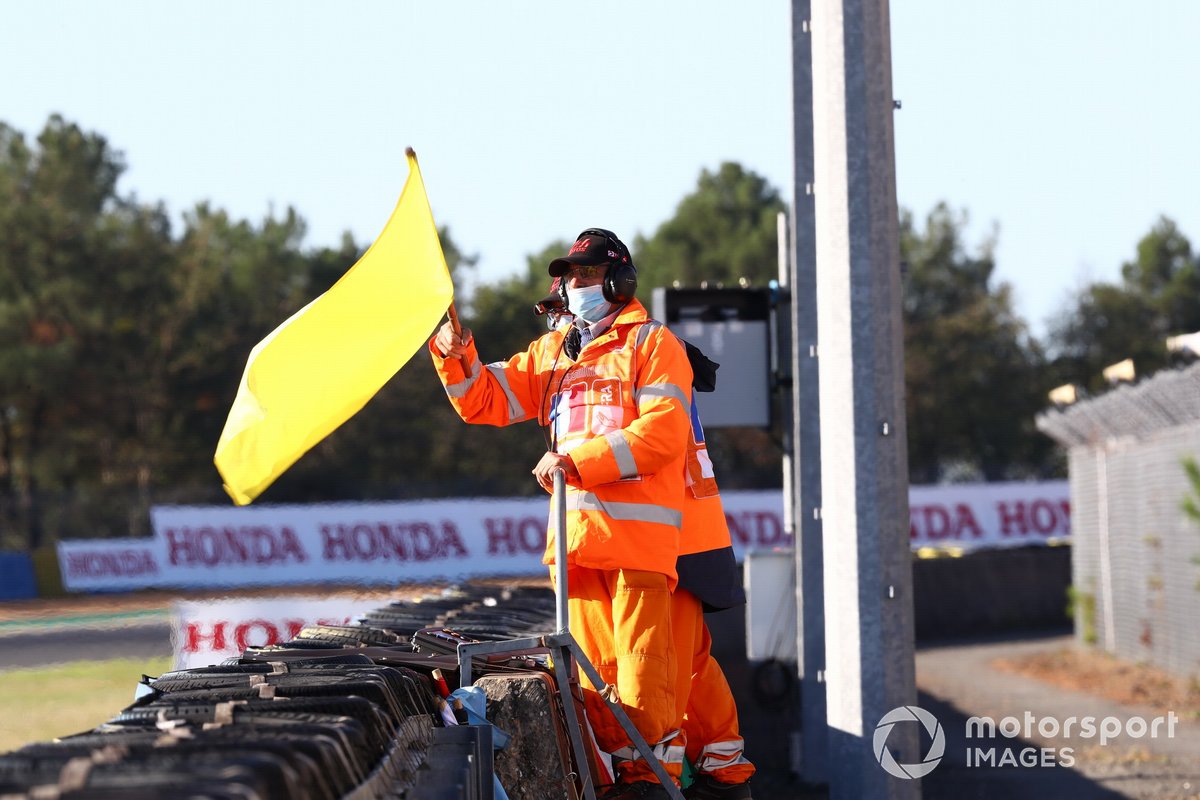 When asked if harsher punishments should be dished out for those who repeatedly push through yellow flag zones, he added: “100% sure because tell me what more Dorna can do?

“They have more yellow flags than ever, they have LED panels.

“[So do we] start using radios or put the yellow flag on the dash? It’s difficult to do more than this.

“So, yes, for me I think they have to be stronger.”

Bagnaia’s Ducati team-mate Jack Miller has fallen foul of the yellow flag rule on a number of occasions since its introduction and has repeatedly been critical of its enforcement.

Following Saturday’s drama, Miller once again questioned the rule, saying: “I’ve been on the receiving end of that penalty a few times.

“It’s like there’s no point even arguing with them [Race Direction] because there’s no real logic to it, especially when it’s like that.

“It makes no sense because these tyres don’t work at all, you have a very narrow window of when they do work, let’s say, and if you’ve already pushed that lap – like Pecco, for example, he’s already far round on that lap – you’re not going to have the same chance again on that tyre.