British Grand Prix poleman Pol Espargaro says his predictions for how the MotoGP race would go on the soft tyre were "annihilated" when his tyre "gave up".

The Honda rider opted for the soft rear tyre, with only the four Honda runners choosing that option for Sunday's 20-lap Silverstone race.

Espargaro converted his maiden Honda pole to the holeshot at the start and ran early on in the podium fight, but was shuffled back to fifth by the chequered flag - a result that still stands as his best of the year.

The Spaniard says the plan was to have fun in the first half of the race and then see where his soft tyre was for the final laps, but after mid-distance his rubber was "pretty dead" which changed his expectations.

Espargaro believes that without the dramatic tyre drop late on, he had pace enough to finish on the podium.

When asked by Autosport if he was disappointed to miss the rostrum, Espargaro said: "Definitely you always deserve a little bit more, that's natural for a human being.

"But in the end, we knew our possibility with the soft rear tyre, which was to enjoy until the middle of the race and then kind of see what happens after and survive.

"I mean, our prediction was annihilated because the right-hand side of the tyre was pretty dead after a little bit more than half of the race distance, like two more laps after the middle of the race. 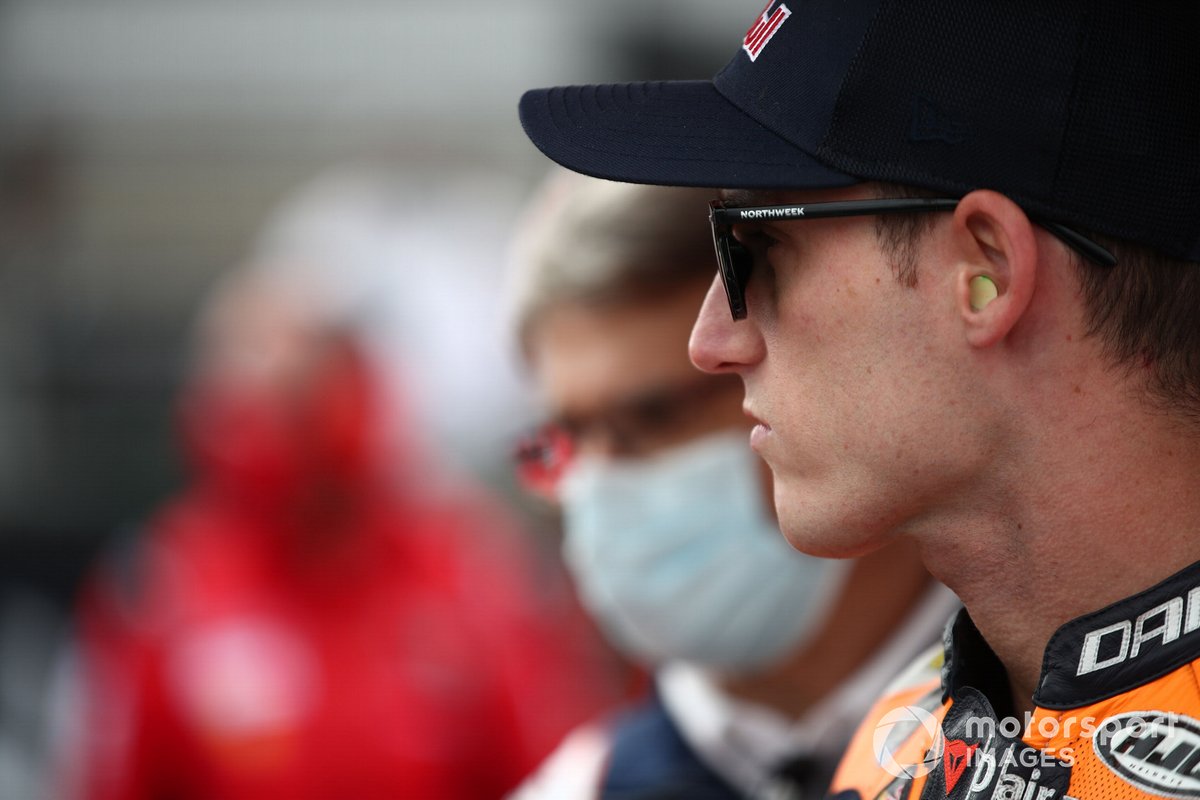 "For sure I wanted more because I think I had the speed of the top guys. Maybe not [Fabio, eventual race-winner] Quartararo, but for sure to be on the podium."

Espargaro says the fact all the Hondas chose the soft rear tyre while the rest of the field was on the medium "shows the situation" HRC riders are facing in 2021 with the current bike's grip issues.

"I was comfortable and at one stage I was even catching my brother [third-placed finisher Aleix Espargaro] and Alex [Rins], but they were going.

"But the tyre gave up and in the end the situation is what it is.

"The four Hondas were using the soft tyre on the rear, we were the only ones. That shows you the situation we are in, which is typical and it's not the same as the other."