Pol Espargaro says “it’s important” for Honda and himself to have six-time MotoGP world champion Marc Marquez back for the Portuguese Grand Prix, noting there’s “high emotion” surrounding his return.

Come Friday’s FP1 session at the Algarve circuit on Friday, Marquez will have been off his Honda MotoGP bike for 265 days following his aborted comeback from a broken arm at last year’s Andalusian GP.

In his absence, Honda registered its first winless season in the premier class since it made its full-time top tier return to grand prix racing back in 1982, with Alex Marquez taking HRC’s only podiums at Le Mans and at Aragon.

Espargaro says Marquez’s return will be pivotal in Honda knowing just how much its RC213V has progressed over the past year, while admitting it will also allow him to “push a little bit more” on his adaptation to the bike.

“Yeah, definitely it’s important to have Marc back for the team, for Honda, to improve the bike, to know because Marc was out last year,” Espargaro said when asked by Autosport how important Marquez’s return was to him.

“The bike has been changing quite a lot from the bike he was riding from [before] he had the injury and it will be good to have the confirmation that the bike is good.

“I’m not able to do it because I’ve not been here in the past.

“Marc is the one who has seen the progression of the bike over the past years, so he is going to know the bike more.

“It’s going to be good for all of us, and also for me to push a little bit more to know where to improve with this bike. 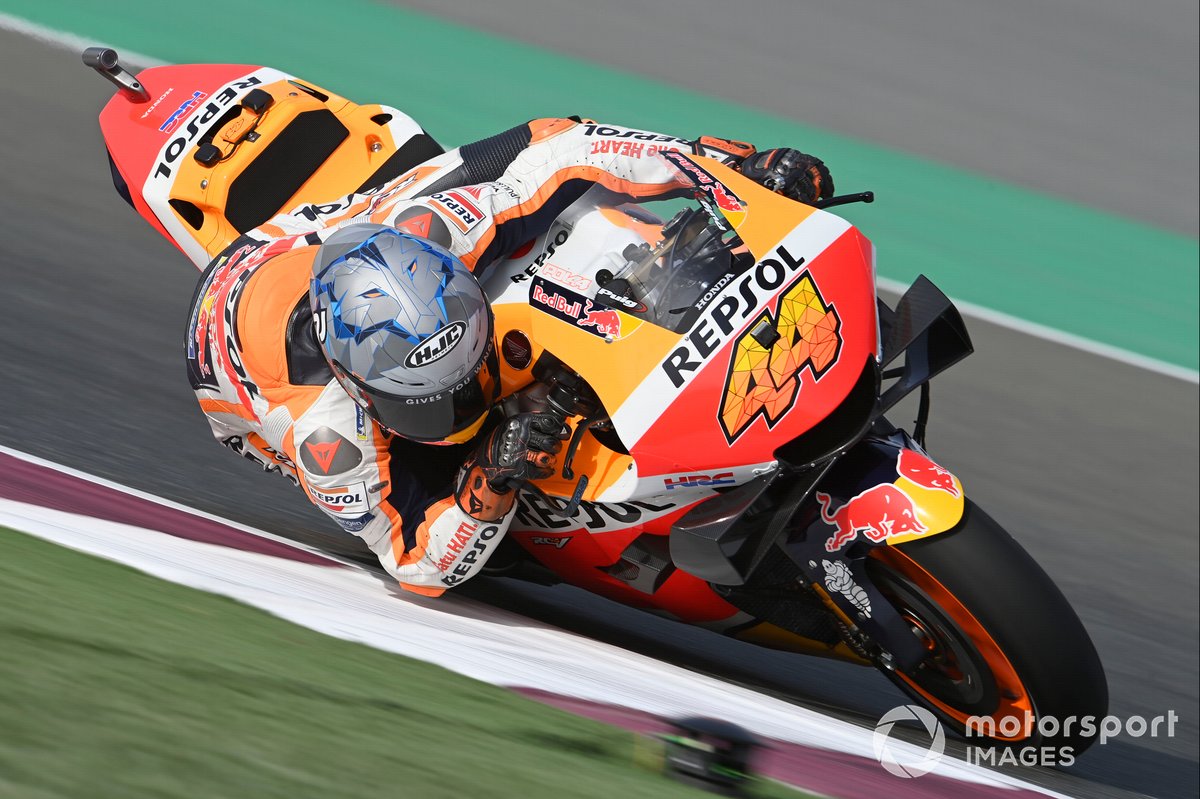 “We have quite high emotions to have him back here and it’s going to be great for the show.”

Espargaro emerged from his first races as a Honda rider in Qatar disappointed with his results of eighth and 13th having been let down by poor qualifying performances.

Admitting Qatar “was unfair” to Honda, Espargaro is convinced the Algarve Circuit will be a much stronger venue for him.

“I feel this track is going to be much more helpful for me to understand the Honda knowing that Qatar is a place normally where Honda has not been amazing in the past years, where during the day you have one situation and in the night another situation,” he added.

“So, it’s crazy to understand the bike in one place like this one, so Portimao I was fourth last year.

“ I was performing quite ok during all the weekend and I hope this year also we can perform well.

“Our position [in the Qatar races] in terms of numbers was weak because we were starting very far away, but our performance in time was very good.

“So, just I was counting down to the race here in Portimao to start again, to have a better Saturday, to start better on the grid and then set up a good race for us because I think it’s everything need is a good Saturday.

“Everything will come, the bike is good and it’s just what we need.”