Next year's MotoGP rider movement, including Maverick Vinales’ switch to Yamaha, was based on how the manufacturers fared in 2015 and not this season, Suzuki boss Davide Brivio feels

Next year's MotoGP rider movement, including Maverick Vinales' switch to Yamaha, was based on how the manufacturers fared in 2015 and not this season, Suzuki boss Davide Brivio feels.

Jorge Lorenzo's decision in April to move to Ducati for the 2017 and '18 seasons prompted a flurry of rider movement, with all six manufacturers locking in their two riders by the end of June and only Honda unchanged.

Vinales was the biggest piece of the puzzle in April and May, choosing between staying with Suzuki for its third year back in MotoGP, or replacing Lorenzo.

The 21-year-old chose the latter after taking his first podium finish of the season at Le Mans in May, but then took his maiden victory at Silverstone and two late-season podiums.

Brivio believes a later decision might have complicated matters even further for Vinales or even led to a different outcome, given Suzuki's rise.

"We were a little bit of a special case, we were a new team and because of this [rider] movement, there was one space available, in Yamaha," Brivio said.

"Our rider, Maverick, decided to take this opportunity, which I understand.

"We suffered a little bit because it was a little bit early for us to show the potential of our machine, we were only in our second year of the project.

"I feel this rider market situation, which started so early in the season, forced everybody to take a decision based on 2015 performances.

"Because it was a very early stage in the season, you can only judge based on what's right there.

"If you consider by probably around May, everybody decided and we were only on the fifth race of the season." 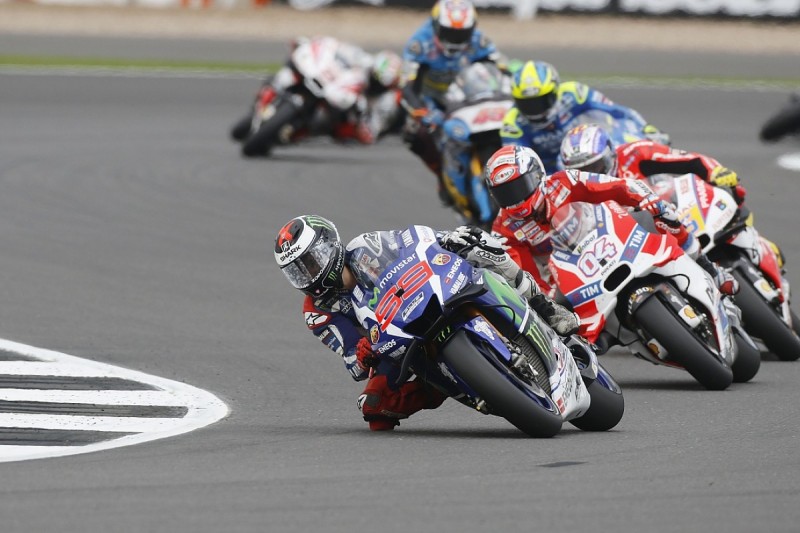 Suzuki was keen to keen to keep Vinales, and ultimately elected not to force his hand by using clauses to activate options in his contract.

Before Vinales' decision, it had planned to keep the Spaniard and Aleix Espargaro, but after electing to replace Vinales with Andrea Iannone - squeezed out of Ducati to replace Lorenzo - then promoted Moto2 rider Alex Rins.

"When Maverick decided to leave, we had a decision to take and we decided to go for a new challenge," Brivio said.

"We kind of like challenge and also we have to try to be creative to challenge the strongest teams in MotoGP.

"So we decided to restart and there was an opportunity to take Iannone, which has been a fantastic opportunity for us because we consider him a very good rider, a rider capable of winning if we are able to give him a good package.

"So we took this opportunity. And then again, there was an opportunity with Rins.

"We consider him a very talented rider, young, so we thought that maybe we can also try to grow up another young rider.