Friday’s shakedown test in Qatar provided MotoGP’s rookie riders with the opportunity to sample their machinery for the first time ahead of their debut season in 2021.

Four rookies will start the 2021 campaign this month in Qatar (although Aprilia’s Lorenzo Savadori already has three races under his belt from last year), with a day of running at Losail ahead of the official test allowing them to experience their first laps on a MotoGP bike.

Typically, Pramac’s Jorge Martin and Avintia duo Luca Marini and Enea Bastianini would have already had two days of running under their belts at the end of last season, but the COVID-19 pandemic cancelled the traditional end-of-season two-day test at Jerez.

Joining the test riders on track on Friday in Qatar for the shakedown, reigning Moto2 world champion Bastianini (below) was the fastest of the new crop with a 1m58.051s on his GP19 Ducati in fourth overall having managed 35 laps. 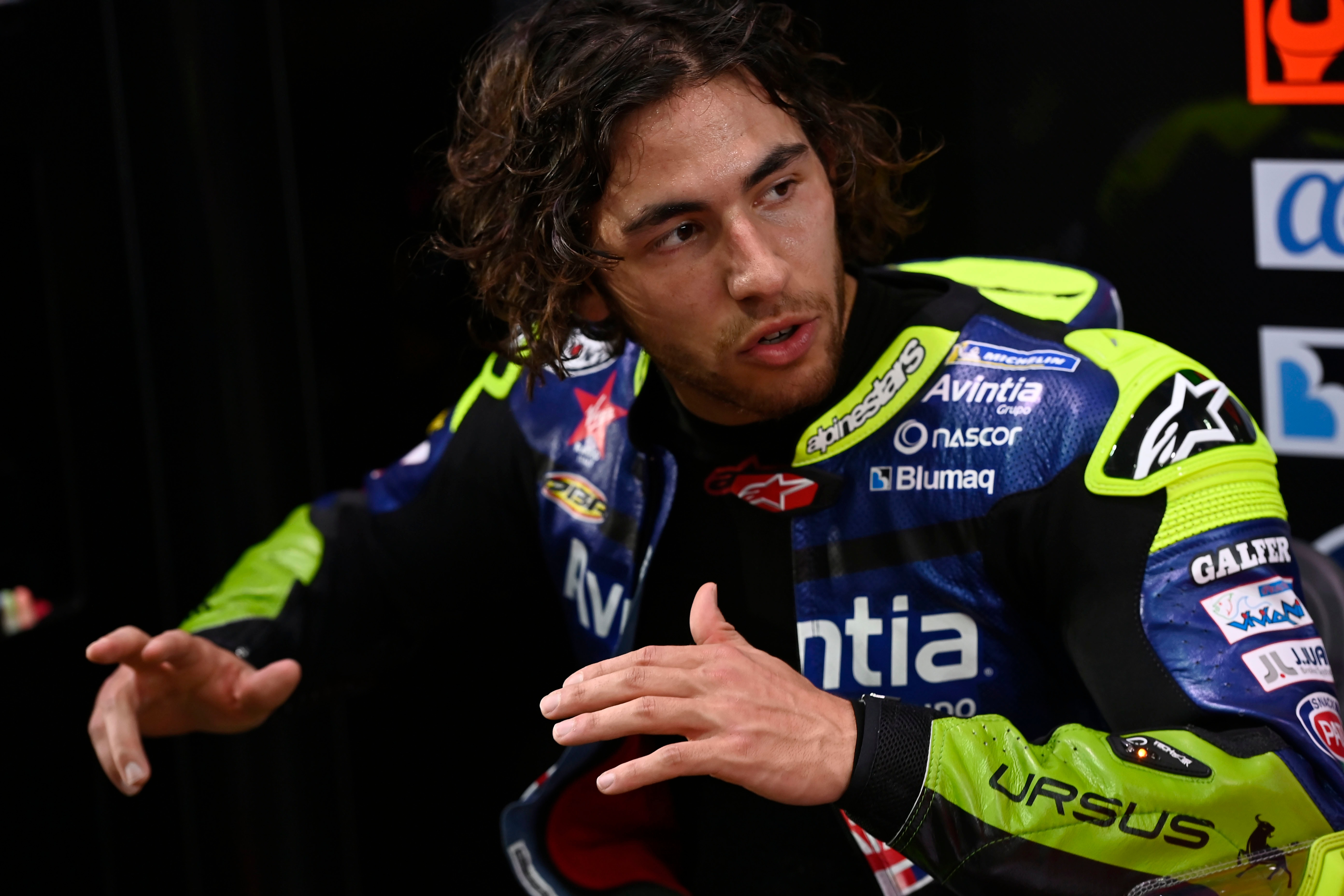 Team-mate Marini was eighth fastest with a 1m58.376s, but encountered various technical problems with both of his bikes which limited his running to 33 laps.

“The first day was a little bit tricky, because we had some problems, different problems on both bikes,” Marini said on Friday evening.

"I lost so much time at the beginning [of the session]. Also, the first laps the power was not at 100% because of a problem.

“So, the first time [at full throttle] was not a shock. When I came back to the garage everybody asked me how was the feeling, and [I said] it was normal.

“Everybody was shocked about my reaction, [they had] no words.

“Then we fixed every problem, and at the end I could do some good laps and feel all the power. It was great. The feeling in general with the bike is nice.

“We have to work a little bit on my position on the bike, I’m not feeling so comfortable with the seat, with the tank, with the handlebars.

“We have to work a little bit on these details because I am not in my naturally position on the bike in the middle of the corner.” 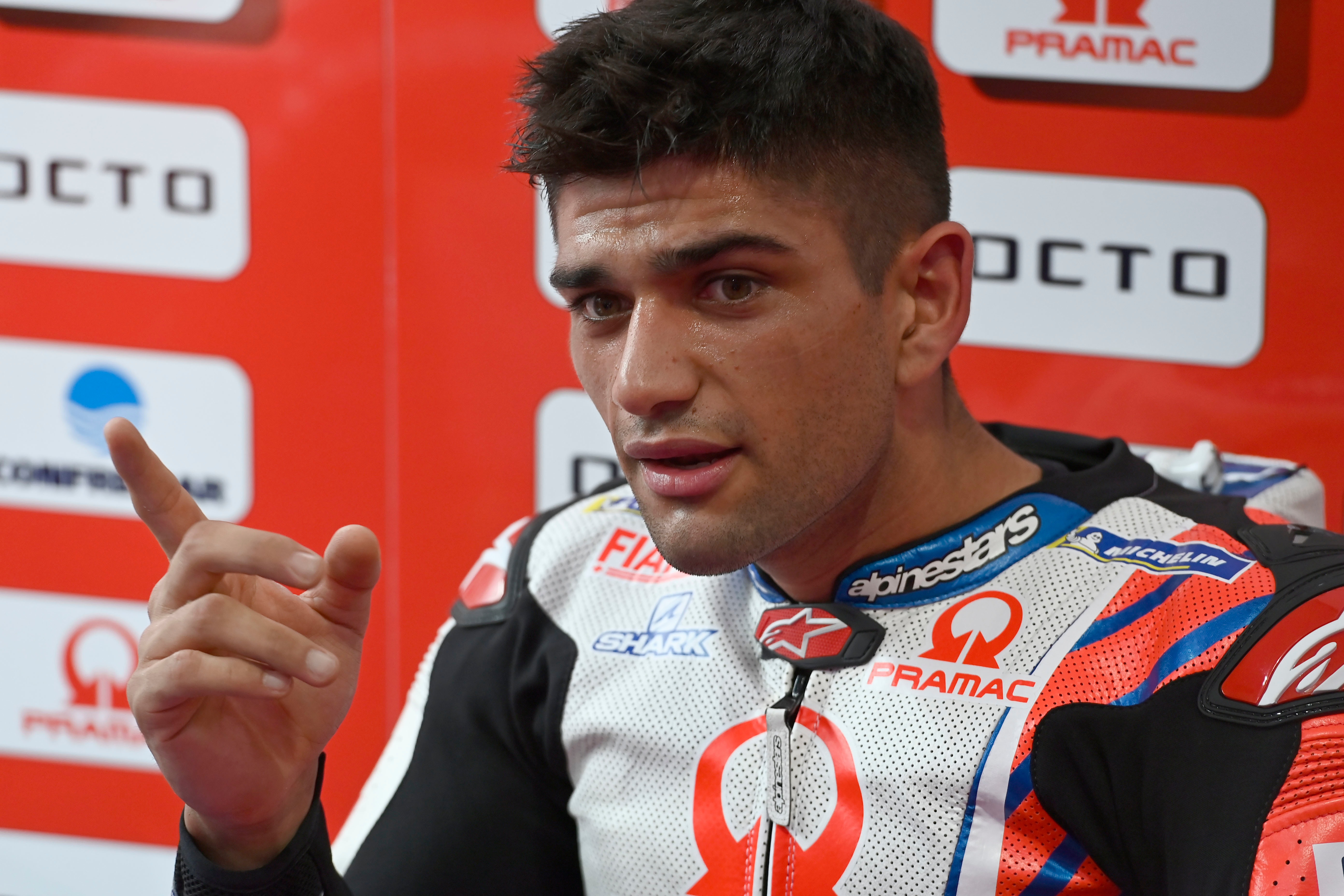 Pramac’s Martin had the hardest day of the rookie riders, crashing his works Ducati at Turn 3 on the final lap of his 31-lap run plan.

This left him tenth overall with a 1m58.875s, but the Spaniard was pleased with his performance overall – though admitted the seamless-shift gearbox took him by surprise.

“The thing that surprised me the most was the gearbox,” he said.

“It’s amazing how you can change gears and you don’t even realise that you are changing gears.

“It’s crazy on the straight, you don’t even feel [it]. The sound is [like it’s] always in the same gear, and it’s more power and more power, even when I put sixth gear I felt like a push up the ass!

“Also, the brakes were so good, because when you arrived at 339km/h and you are going through the braking it’s crazy and you can stop so good.”

Friday’s running was heavily impacted by high winds at the Losail circuit, though this didn’t stop Honda test rider Stefan Bradl (below) from registering 60 laps on the RC213V.

The German was fastest with a 1m55.614s, which is around seven tenths off the fastest race record in Qatar set in 2016. 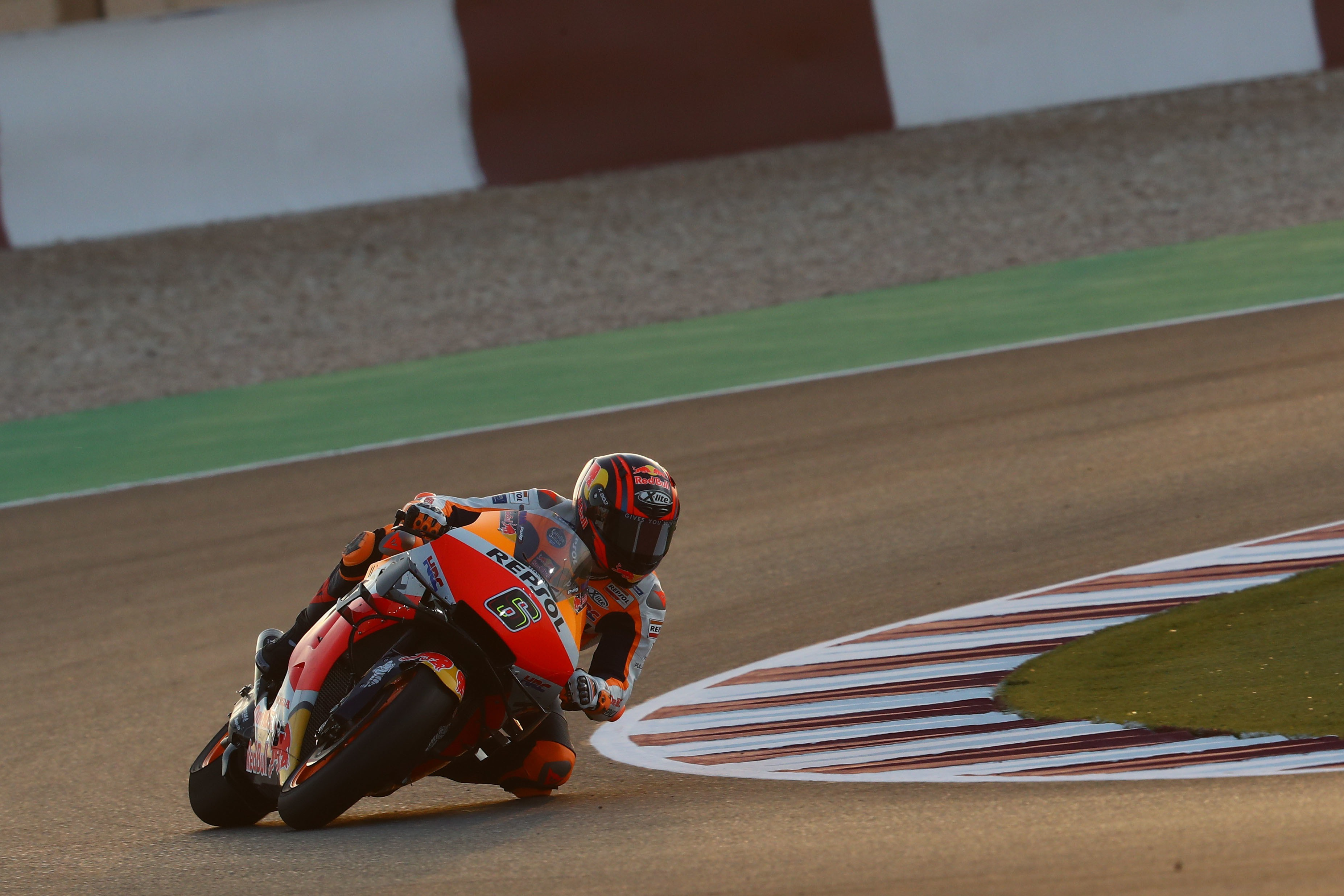 The day was also notable for Cal Crutchlow’s first appearance as Yamaha’s test rider, having retired from full-time racing at the end of the 2020 season.

Two of Yamaha’s test bikes completed the top three, though it’s not clear who set the best time on each machine.

Testing gets underway properly on Saturday with the first of two days this weekend, followed by three final days beginning on Wednesday.